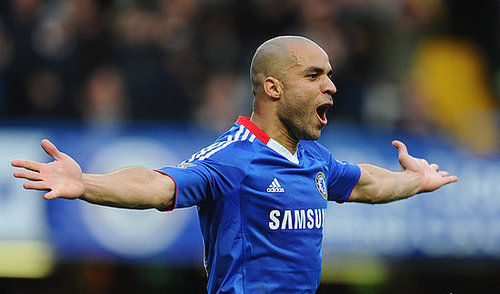 Alex Rodrigo Dias da Costa, the man simply known as ‘Alex’, became an integral part of Chelsea in his spell at the club. The Brazilian once again defied the typical stereotype on first glances. He was a tank of a central defender, no nonsense and surprisingly tough, he fitted in well alongside the established pairing of Ricardo Carvalho and John Terry. Alex enjoyed frequent spells in the Chelsea side, capitalising on injuries and the like to stake his claim as one of Chelsea’s first choices.

What became increasingly obvious over the course of his Chelsea career is that Alex could take a free-kick. While some people can take free-kicks, others can take free-kicks. There was anecdotal evidence surrounding his return from injury in a reserve game that saw him knock someone unconscious in a wall with a free-kick. The sheer power and accuracy he possessed were frightening – if he got it right, it was going in or someone was going home early.

His goals against Middlesbrough, Liverpool and Arsenal are now things of legend amongst supporters. “Do you remember that 40-yard free-kick he scored!?” There was more proof of his inherent Brazilian-ness when he somehow ended up on the edge of the Aston Villa penalty area, skipped around a challenge and finished like a Brazilian centre forward. (Fernando Torres take note). He was a unique blend of brawn and subtlety, to this he was extremely well suited to English football.

Not only had Chelsea found a very reliable centre-back, but here was the theatre and explosion that you expected from a Brazilian footballer. His tough tackling and defence first approach were certainly things that won over many Chelsea supporters and he deservedly featured heavily in the Double season under Ancelotti.

Alex encapsulated perfectly the change in mentality of Brazil under the management of Dunga. Gone was the Brazil that people enjoyed watching and in came highly functional players. There are very few teams in world football that should by their very nature play in a certain fashion. Brazil are one of those teams. Alex was the tangible embodiment of this new Brazilian philosophy. While he was certainly a success at Chelsea, you would have to say that as a typical Brazilian he still does not fit that category.