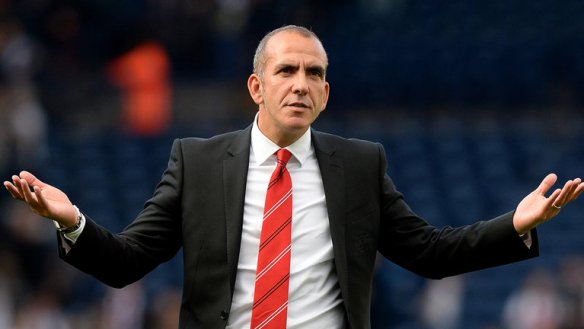 Sunderland’s sacking of Paolo Di Canio after only thirteen games has been viewed by many as a failure of short term thinking. Looking for a quick fix to keep them up, Sunderland turned to a manager with an unpredictable nature believing he would fire his players up enough in order to maintain their Premier League status. Di Canio achieved this, only barely keeping Sunderland three points above the relegation zone and of course beating Newcastle on their own ground.

But a poor start to the season on the pitch and alleged unrest led to Di Canio’s sacking. The Italian’s nature may be unpredictable yet many of his actions at Sunderland were entirely predictable; rash decisions, unusual methods and outward criticism of his players were something that must have been expected after his period of management at Swindon. Knowing this why did Sunderland let Di Canio work closely with Director of Football Roberto De Fanti to sign 14 players? This short term thinking has left Sunderland in a position of unrest and an almost definite relegation scrap. Yet Sunderland’s problems stem far further back than hiring Di Canio, short term thinking has long been a pitfall of the club.

Sunderland’s issues can be traced back to their promotion to the Premier League under Roy Keane. With the club taken over, Sunderland had a chance to establish themselves in the top flight. This worked to a certain extent and after all, they have stayed up for five seasons since. Yet Keane’s signings echo Di Canio’s current tactic. He brought in eight players in pre-season and signed four more in January. Yet the names tell the story far more than the numbers: Michael Chopra, Rade Prica, Craig Gordon, Paul McShane – a list that goes on with only one player still at the club, Phil Bardsley.

Sunderland finished 15th but Keane was sacked in December of the next season after a litter of further signings produced poor results. Again Sunderland avoided relegation and the close season saw Steve Bruce come in as the new manager. Minus Darren Bent none of Bruce’s other signings can be seen as having had a massive impact upon the club. Bruce managed to gain Sunderland mid-table security with 13th and 10th place finishes. Bruce was sacked before Christmas the season after having amassed 34 signings, including loans, during his time as manager. More successes remain from Bruce’s era than Keane’s with the likes of Sebastian Larsson and David Vaughan still playing a part in the first team. Nonetheless, failures are notable and along with the aforementioned Bent the departure of Simon Mignolet this summer may indicate the best of Bruce’s legacy have departed the Stadium of Light.

Bruce’s sacking brought Martin O’Neill to Sunderland yet he departed after less than two seasons, his reputation considerably affected by his spell as manager. O’Neill’s signings again inspire little except for the success of Steven Fletcher and a fruitful loan spell for Danny Rose. Though Adam Johnson’s poor form is something that could be improved, O’Neil again fell into the trap of quantity over quality. Di Canio it seems has done exactly the same.

Since returning to the Premier League the marked lack of ambition shown in the transfer market by Sunderland almost seems to be admittance that they believe every season in the Premier League is an achievement. Progression can’t be achieved with such a seemingly stagnant attitude. Southampton have shown more ambition than Sunderland after only one full season in the League opting to try and sign quality players in order to push themselves as high as they can. This season’s outlook is one of hoping simply for survival, something any manager they bring in would do incredibly well to achieve. If Sunderland survive in the Premier League beyond this season a distinct change in attitude will be needed, else relegation will be close at hand. If they don’t it may well be what some of the higher powers at Sunderland need to see, in order to restructure their current model for running the club.