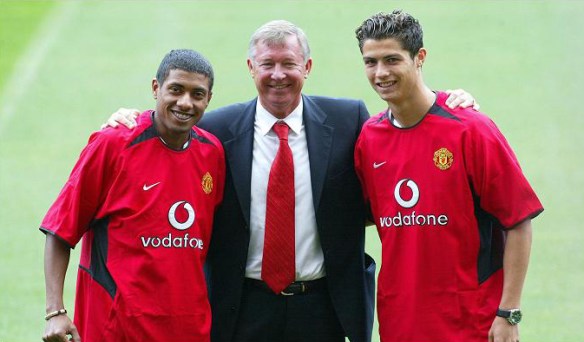 Poet, journalist and musician Musa Okwonga of The Blizzard, ESPN and The Independent laments the unfulfilled promise of Kleberson – the World Cup winner that should have been Old Trafford’s midfield conqueror…

Kleberson.  To paraphrase HBO’s cult show The Wire, his name is not one which “rings out” when you mention Brazil’s World Cup winners.  Yet the midfielder, who began his professional career at Atletico Paranaense, was arguably one of his country’s top three performers at World Cup 2002.  And, if that’s a generous assessment – given that the team featured Ronaldo, Rivaldo, Ronaldinho, Cafu and Roberto Carlos – then it’s indisputable that they would not have won the trophy without him.

Brought in alongside Gilberto Silva to add balance to the base of midfield – the more attacking Juninho did not provide sufficient protection to the back three – Kleberson was a revelation, providing a star turn in pretty much every round until the final. This success makes his time at Old Trafford all the more disappointing.

He spent two injury-interrupted seasons with Manchester United, during which he played only twenty league games, every now and then out of position.  The history of the World Cup is of course full of players who impressed at international level before proceeding to have fairly average professional careers – witness Senegal’s Salif Diao and El Hadji Diouf – but Kleberson, full of energy, elusive running, and smart passing,  seemed different.

There is the possibility that he simply wasn’t good enough, a theory given some weight by his apparent regression after leaving Old Trafford: he has spent short and unexceptional spells at Besiktas, Flamengo, Atletico Paranaense and Bahia.  At the same time, it is worth noting that he earned a recall to Brazil’s World Cup squad in 2010.  This was a remarkable comeback after almost four years’ absence from the international stage, and Kleberson formed part of a 23-man unit that looked destined to face Spain in the final until its inexplicable implosion against the Netherlands.

It might be that the true reason was more prosaic: Kleberson might just have been homesick.  It’s possibly no coincidence that his best performances for Brazil came when he was based in his domestic league. This is a great shame for Manchester United, for whom Kleberson at his best could – ironically – have been an excellent partner for Michael Carrick in central midfield, with his ability not only to screen his defence but also break forward to join the attack.

In a further irony, it was Kleberson who replaced Anderson, due to the latter’s injury, in Dunga’s squad at the 2009 Confederations Cup. Few selections can have been as poignant, from a Manchester United fan’s perspective: here was Manchester United’s frustrated past replacing its frustrating present, one mercurial and injury-ridden Brazilian replacing another.

It was a saddening symmetry: and a reminder that Kleberson’s trophy cabinet, though it holds a World Cup winner’s medal, could have boasted so much more.