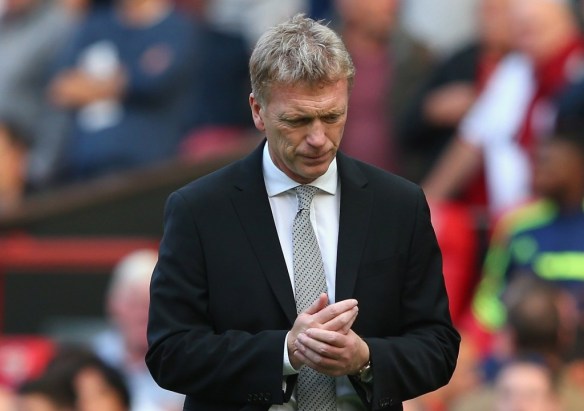 Their dispatchment of Bayer Leverkusen in the Champions League was impressive, but has been followed up by three performances which have straddled between lacklustre, indifferent and diabolical.

The Capital One Cup victory over Liverpool was welcoming, but gifted to them by the opposition’s woefulness in both penalty areas and the 4-1 thrashing at Manchester City was as alarming as the margin of defeat was emphatic. It was too, entirely predictable, with Moyes’ approach to the derby reminiscent of his Everton side’s passive performances at Anfield over an 11-year period.

To lose too at home to West Brom is certainly worrying, and a result that few would have reasonably predicted. It leaves United twelfth in the table, treading new waters with its former aura of invincibility shattered in the wind.

Gone now too is the caveat of a tough opening fixture list, which ensured that Moyes could not enjoy a brief honeymoon period in charge. Their next four league fixtures are against Sunderland, Southampton, Stoke and Fulham.

Twelve points will be expected, nay demanded, before a potentially decisive trip to the Emirates in November. But with fortress Old Trafford ransacked by West Bromwich Albion, the importance of this run of fixtures intensifies, and how Moyes approaches games that Manchester United “should win”, not just the big games where he is still, eleven years into top-flight management, “out-of-his-depth”, will define his tenure.

It’s unclear really, what Moyes wants from his United side, so dependent as it is on Wayne Rooney and Robin van Persie, and there’s been no pattern of consistency in their play yet this season. Proving problematic too, is the pairing of Nemanja Vidic and Rio Ferdinand, so formidable the last time United successfully defended their Premier League crown in 2009, and yet now ravaged by injury and age, it is a partnership surely on the wane.

Moyes and United now face the immediate prospect of a trip to Shakhtar Donetsk, a hostile venue under any circumstance and one where Roberto Di Matteo’s Chelsea were found wanting just 12 months ago. There is no hiding place here for Moyes, no tight budget or low expectations to fall back on. It’s sink or swim.

Some have compared his reign thus-far to that of Roy Hodgson’s at Liverpool, where it quickly became clear how archaic his out-dated playing style was. But Moyes is in danger of becoming United’s Graeme Souness, who accelerated Liverpool’s early 1990s decline rather than arresting it.

His constant questioning of the quality of the Premier League champions is utterly self-defeating in itself. Few believe that Ferguson left Moyes to inherit a thread-bare squad, but he knew that he did not have time to oversee this transitory stage – he would not have retired this year if he truly believed it was a squad capable of winning the Champions League in 2014. It patently isn’t, despite yielding 89 points in a one-horse title race that was all but won in February.

Moyes’ scrambled attempts to lower expectations will not wash with a fan base that has come to expect success for the past 20 years. It smacks, again, of Roy Hodgson’s incessant efforts to convince that Liverpool really were relegation material in 2010 and that England don’t have the resources or personnel to beat Ukraine, Poland or Montenegro.

How this Manchester United squad, brimming with trophy winners, responds to the constant criticism from a new manager who has no track record at the highest level, will be interesting to say the least. Particularly apt as it is given the revelations that the Sunderland squad effectively sacked Paolo di Canio themselves, Moyes cannot risk giving his own squad the stick all the time. 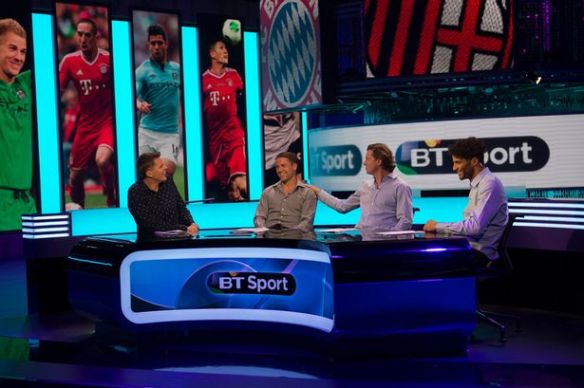 BT Sport played host to the continued metempsychosis of Gervinho on Sunday evening. The Ivorian was a laughing stock in the Premier League – and at times rightly so; he was football comedy personified, when he wasn’t falling over his feet he was falling over the football.

His performances so far this season for Roma have been virtuoso, a world away from the comical figure who graced our shores for the past two seasons. Two well-taken goals against Bologna took his tally to three goals in six games, and his performance was well received by BT Sport’s vast array of continental expertise. James Richardson, James Horncastle, Julien Laurens and Raphael Honigstein exuded the virtues of Gervinho, referencing his days at Lille as demonstration of his worth.

One can only imagine the hideous amusement that would have greeted his performance by BT Sport’s Premier League “analysts” – Jake Humphrey, Michael Owen, Steve McManaman et al – who would have made wry remarks about his Arsenal days while drawing lazy comparisons with Freddie Kanoute and Diego Forlan. The station’s coverage of European football is lightyears ahead of any football coverage out there, barring perhaps the Gary Neville-Jamie Carragher masterclass on Monday Night Football.

In an age where even Match of the Day is showing signs of retreating from the doldrums of banality, BT Sport’s use of experts rather than strait-jacket former footballers should be applauded. If only we could see them perorate about the intricacies of Premier League football, rather than listen to Mark Halsey analyse the referee – which no one wants. 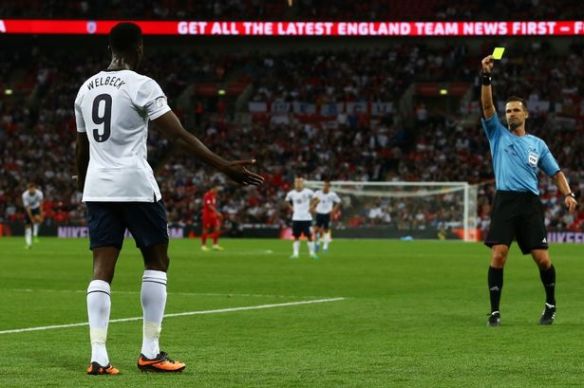 I don’t know if it’s just me but there certainly appears to have been a rule change regarding “kicking the ball away”. A heinous act that once saw Robin van Persie sent off for shooting after the whistle at the Nou Camp in 2011, the mandatory yellow for this act of dissent has been conspicuous by its absence in the opening stages of the 2013-4 season.

Numerous players have kicked the ball away and been spared the wrath of the referee – Ryan Giggs for Manchester United against Liverpool, and Jack Wilshere against Swansea are two examples. Danny Welbeck’s yellow card for England against Moldova is the only high-profile incident so far this season, and even then it was met with universal dismay.

It’s hard to believe that there has been a rule change, but then that leads to a more disturbing conclusion. If referees are becoming more lenient toward this act, then refereeing context is creeping more and more into their mindset. The idea that yellow and red cards spoil big games, even when they are merited, is a popular one, but wholly wrong.

Referees referee the law of football; context is a man-made construction to ally football with a narrative, it must stay that way for the good of the game.