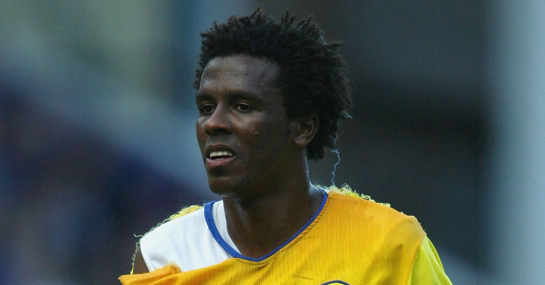 The signing of Tomas Brolin was slightly before my time – I wasn’t out buying IKEA products, listening to Abba or eating a Swede. For the slightly younger generation, Roque Junior was the international superstar to take us the next level, and in a way he did. We should have seen it coming really, the previous summer we were linked with fellow World Cup winner Kleberson. We dodged a bullet there, Kleberson signed for Manchester United instead and did little of note in his 2 year stay. The same could not be said of our Roque. 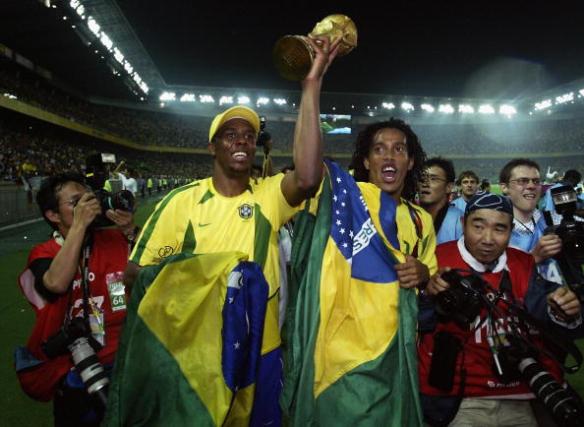 The 2003/2004 season did not get off to a good start. Peter Reid’s grand plan of a team made up entirely of French loan players was not paying dividends, despite a promising and now legendary opening day performance from Lamine Sakho. An injury to Dominic Matteo forced Reid into the transfer market again, and it was to AC Milan that he would be calling. Quite how he got that phone number I’ll never know. In any event, Leeds ended up with a World Cup winning centre back on loan until the end of the season.

Like everyone else, I was pretty excited about Roque Junior’s arrival. His debut came in the aforementioned game against Leicester, just days after arriving in Leeds after being on International duty. His debut was, well, less than good. I wasn’t too downhearted at the time, he’d only just shown up and maybe given time he’d settle in just fine. His second appearance may have been worse, the red card he earned against Birmingham City led to our 2-0 defeat. He even struggled against Swindon. Poor old Roque was quickly going from the top to the bottom, as were we really. The 4-0 loss to Everton was yet another hammering after yet another poor performance.

Zoumana Camara struck me as a player who would have benefitted from a steady defensive partner, he has been a regular at both Saint Etienne and Paris Saint Germain over the past 8 seasons, but Roque was anything but steady. When he won the World Cup with Brazil, he played as part of a 3 man central defence alongside Lucio and Edmilson, with Cafu and Roberto Carlos as wing backs. In such a team it would be easy to hide his own shortcomings. You could probably make comparisons between Roque Junior and Chelsea’s David Luiz (but not as good) – much like Luiz, Roque was prone to dive in to tackles, hunt the ball to no great effect and generally find himself out of position at almost every moment. His hair was quite funny too. 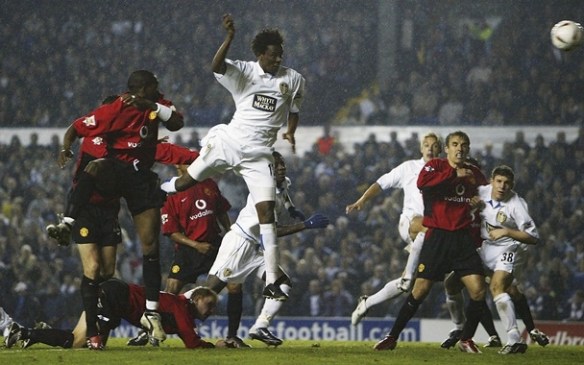 The highlight of Roque’s Leeds career was undoubtedly the League Cup game against Manchester United. Inexplicably, he managed to score twice, including an equalizer in extra time. We eventually lost 3-2, but maybe we should have been playing him up front all along. Another heavy defeat in the league followed however, with Arsenal giving us our annual hammering. It was then that Peter Reid decided to change things up. For the game away to Portsmouth he decided to deploy Roque in centre midfield. Doesn’t sound like too bad of an idea does it? Well, a 6-1 defeat says otherwise. It was to be Reid’s last act as manager (other than the clearing out of his desk) as he was sacked. Roque meanwhile was never seen again.

Looking back, Roque was destined to fail. A struggling team of loanees, a manager not up to the job, and a financial mess turning the club upside down. Add this to Roque playing in an unfamiliar system, in an unfamiliar league, and of course, the fact that he was really shit. He hasn’t done much since he left Leeds, according to Wikipedia anyway, playing in Germany, Qatar, and his home country of Brazil. He’s become a bit of a cult hero amongst Leeds fans, up there with greats such as Jacob Burns and Enoch Showunmi. Maybe it’s time we signed another Brazilian – probably couldn’t get any worse right? Right? Knowing our luck Warnock would have made a bid for Roque Senior.