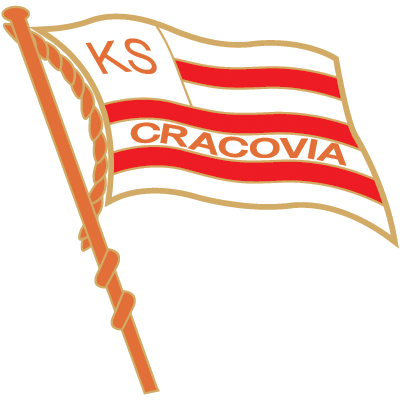 Kyle Hulme files his first foreign report for TFN from his new home in Krakow, Poland, with tension growing ahead of the city’s biggest derby…

Yesterday I sauntered along the medieval cobbles of this beautiful city, twisting and turning through the winding streets in search of some essential piece of contraband. I reached my destination, an unassuming shop in the most shaded part of the street, immediately noticing that the store I was headed towards was stocked to the brim with the paraphernalia of Polish national pride and sporting achievement.

Entering nervously, I quickly found what I came for, clumsily stuffing a package into the hidden pocket inside my jacket. I made for the exit all the while hoping nobody had seen what I’d just taken from the shelves. Don’t worry, this wasn’t theft. The package was paid for before it was secreted away within my coat, and I hadn’t bought anything illegal either. This concealed package didn’t contain drugs, weaponry or anything of the sort, but just a simple scarf, barred in the red and white: the colours of KS Cracovia.

Such is life in the City of Knives.

Krakow is a beautiful city. Moving from an industrial city in the north of England to the cultural capital of Poland was quite a drastic change, yet a change eagerly made on my part. As I sit in the beautiful center overlooking the wonderful 14th century basilica, I knew I’d made the right choice.

Having not long before witnessed Luke Murphy’s wonderful 94th minute winner vs. Brighton, I knew that I couldn’t go a year without watching live football, and before I made the move I’d researched football in the city. I saw that Wisla Krakow had recently won the Ekstraklasa, and I had vague memories of them entertaining an English club in the Europa League in the recent past. I was all but set to throw my Zlot in with the title winners until a chance tweet came my way, explaining that another one of the city’s teams, KS Cracovia, had been promoted to the top division for the new season, whilst at the same time introducing me to a fan that was also moving to Krakow.  From that moment on, I decided to become a Cracovia fan.

After booking my flights to Poland, I looked down the fixture list to see what my first Cracovia game could be and, as fate would have it, it was against their biggest rivals and the club I almost fell into line as a supporter for – Wisla.

This derby is no normal derby. Recently a Cracovia fan was rammed off of the road before being hacked to death by masked assailants wielding machetes. Graffiti in Krakow has promised that he will be avenged. I’ve been to Leeds vs Milwall – I’ve been (accidentally) in and amongst bricks being thrown, police cars being smashed, horses charging and running up the motorway – yet something tells me these experiences will pale in comparison to what may soon be thrown my way.

Krakow is nicknamed the “City of Knives” because of a document called the Poznan Agreement. Under this arrangement all the hooligan firms in Poland agreed not to use weapons when they fight one another, except for two. Which two? Wisla and Cracovia.

On top of this, the derby itself is known as the “Holy War”, an emotive term first used by former Cracovia defender Ludwik Gintel, and religion is a key theme in the rivalry of the clubs. A common piece of graffiti is a star of David with a no-entry sign around it; Cracovia are seen as a traditionally Jewish football club, with pro-Cracovia messages frequently seen in the Jewish quarter of the city Kazimierz, while Wisla are held as a Christian club.

Yet measures have been taken to ensure that violent clashes between fans are kept to a minimum. Away fans have been banned for the stadium on Saturday, and the Cracovia fan club are organising a mass meeting of fans to congregate in the city centre before kick-off, both as a message of support for their team and to ensure safety in numbers. It goes without saying that the police presence will be highly concentrated, with one internet commentator in particular reporting of seeing dozens of swat vans, armed police and helicopters circling above in similar scenarios from the past.

I’m taking my own safety measures, such as hiding my scarf until I’m in the stadium, and preparing answers if groups of hooligans ask who I support: “Wisla? Cracovia? No, I’m a Yeovil Town fan!” Yeovil are the most neutral club I can think of.

In terms of on the pitch action, I’m not holding my breath. Wisla are on a dangerous run of form, whereas Cracovia have lost two on the trot. But with a hostile atmosphere and home advantage, star man Saidi could fire the Pasy (Polish for stripes, a reference to Cracovia’s red and white striped kit) to a famous win and send the crowd into delirium.

Whatever the result, it’s sure to be a game that I’ll never forget, and a real baptism of fire into Polish football. Now to try and learn some Polish football chants… 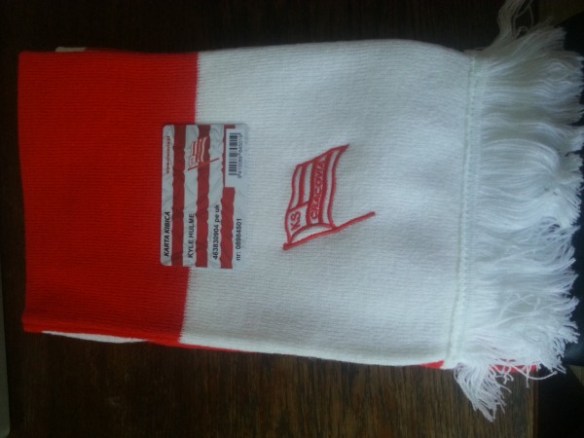 5 thoughts on “KS Cracovia: Beginning Life As A Member of the Pasy”