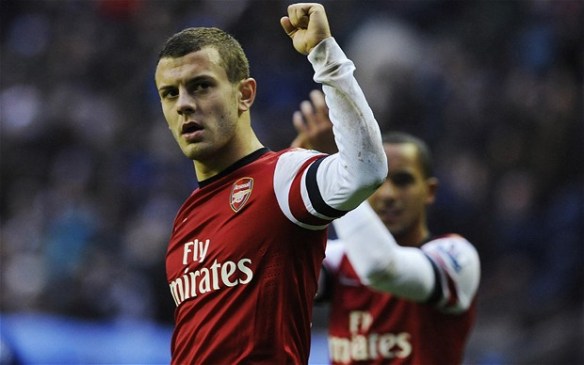 “The problem is he doesn’t know what he’s supposed to be doing. Coming or going. Attacking or defending. Wenger and England – sometimes they just don’t know what to do with him or how best to use him.”

It takes a brave soul to argue with the insight of a towering, pissed up football fan. In fact, it is probably a hard-learnt truism that most advice received whilst standing at a urinal in a pub is best demurely agreed to.

It is the final day of the 2012-2013 season. Arsenal are about to play Newcastle at St James Park, everyone nauseous – not the effects of a dodgy lasagne – but the sinking realization that Arsene Wenger’s feat of keeping Arsenal in the Champions League for 16 consecutive years may just be about to end. Yet the player fuelling so much discussion beforehand is Arsenal prodigy, Jack Wilshere.

Whilst the final day of the season was a successful one for Arsenal, it did little to answer the growing number of questions over the state of the club. A small reason for optimism is Wilshere, who, after an unusually protracted series of injuries and layoffs, is beginning to show signs of why he had come to be regarded as England’s best young midfielder.

Initially, there was much to suggest that Wilshere’s return would be characterized by form best described as eclectic. Wilshere’s return in October 2012 coincided with him being given the Number 10 shirt – made vacant by the departure of Robin van Persie. Despite being Arsenal’s new number 10, he had not yet shown the ability or maturity to play like one, usually deployed as a holding, creative midfielder in a 4-2-3-1 or 4-3-3. The man in the pub may have had a point.

Although Wilshere initially proved adept at adjusting to the role of attacking midfielder, in the following games he was dismissed at Old Trafford for two poorly executed challenges and was also part of a midfield that looked creatively anaemic in draws against Schalke 04 and Everton. These were signs that Arsenal would have to wait for the form Jack Wilshere displayed before his injury. Worse still, that Wenger had not yet properly resolved where to play the midfielder seemed to arrest the expected improvement that was so wantonly predicted.

Box-to-box, attacking midfielder, holding playmaker – it seemed Wilshere was expected to be all three in a side so lacking in depth, somewhat tarnishing the flashes of brilliance that ensconced his play before his injury. Indeed, this was a time were United fans would regard him as inferior to Tom Cleverly.

Yet those who watch him most know the hype is to be seen to be believed. Wilshere, with his characteristic jaunting runs, the perfectly weighted passes executed with such panache and verve; one might be forgiven for assuming he had been schooled at La Masia. It was Wenger, after all, who claimed that Wilshere had “Spanish technique, but an English heart”.

Indeed, there are indications at the beginning of this season that the ‘old Wilshere’ is back. Arsenal appear to have resolved the issue of where to play Jack Wilshere, largely due to the signing of Özil – which allows Wilshere a greater freedom across the midfield. Now the burden upon Wilshere to be the driving force is somewhat lessened, both his form and the position he plays seem more settled. As for the Cleverly comparisons, they have ceased. 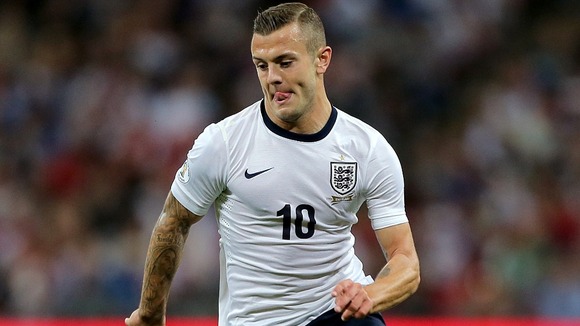 However, for the national team, Wilshere’s performances remain troublingly mixed. It is of little doubt that injury has played it’s part in this, but there seems to be other issues also. Last week’s 0-0 soporific draw against Ukraine was possibly Wilshere’s weakest game in an England shirt. Commentators were quick to point to the misplaced passes and the weaving dribble that so often resulted in a loss of possession. That Wilshere was playing in the familiar central midfield role made this all the more perplexing. So often a poor barometer of the game, Twitter engaged in a knee-jerk response of opprobrium. Ex-Liverpool player Dietmar Hamann was quick to remind that Wilshere was not yet great, not yet a world star – “a talent, no more”.

But whose fault is that? The national team has seldom been a byword for tactical prescience – and Hodgson’s England seem more bereft than usual. When Rickie Lambert is the chosen medicine to cure England’s ills, rather than Raheem Sterling or Wilfried Zaha – pointed conclusions could be made about Hodgson’s priorities in attack.

After Arsenal’s 2-1 win over Barcelona in 2011 – Pep Guardiola was pushed into commenting on Wilshere, after many lavished praise on the young player’s performance – widely regarded as his best so far in an Arsenal shirt. Somewhat sour-facedly – Guardiola remarked:

“He can be a great player for Arsenal and England, but we have many types of player like him in the second team.”

England don’t. There are few like him in the first team.  There are others certainly – exciting talents emerging whom will no doubt feature heavily in a future national setup. Players, in fact, that, on current form, are unlucky to be missing out in the England team. Jordan Henderson’s continued omission from the England set up seems misguided, particularly when England’s chief defects, that of possession and creative threat, is the forte of both Henderson and Wilshere.

There are not many who play with the ‘joie de vivre’ and Gascoigne-esque audacity of the Arsenal midfielder. Yet his England form has been enigmatic, strange, considering he was fully deserving of the Man of the Match award he received in a typically swashbuckling performance in an England shirt against Brazil earlier in this year.

This is arguably why Hamann and others criticisms seemed so frustratingly premature, and why the man in the pub is at least half right. While Arsenal have found something of a resolution, England are yet to use Wilshere to full effect. This is as much to do with tactical evolution as it is the player’s own development. Yet, for the national team, the onus must be on England and Roy Hodgson to discover how best to accommodate Wilshere’s prodigious talents.