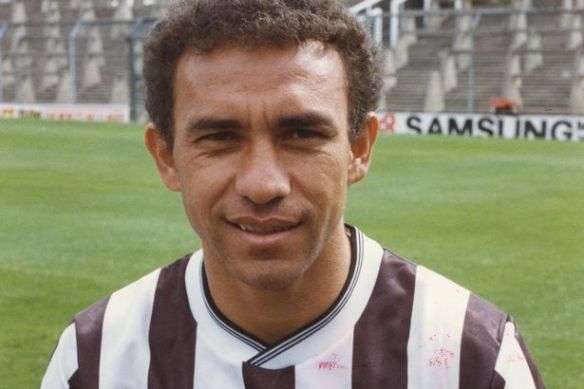 Brazilian footballers get everywhere these days. Look at any top league around the world and the proliferation of stars from the home of the Samba rhythm is increasing. Indeed, as of January 2013 there were over 500 playing in Europe.

There has always been a regular stream of talent that flowed, if not in vast numbers, across the Atlantic Ocean, particularly to the shores of the Iberian Peninsula and Italy. The reasons for the choice of destination for those early European adventurers are clichéd but nevertheless obvious: Weather, food, language and lifestyle.

These similarities, allied to the incomparable financial riches not available on home soil, lured the big names of the Seleção to La Liga and Serie A in particular. From the likes of Didi and Vava whose exploits in the 1958 World Cup acted as a springboard for moves to both sides of the Madrid divide, through Jairzinho’s brief sojourn on the Côte d’Azur with Marseille, and then into the 1980’s and the explosion of Brazilian flair post-Spain ’82, which was concentrated mainly in Italy.

As Zico, Cerezo, Careca, Falcao and the rest strutted their stuff on continental Europe; one place was conspicuously devoid of Jogadores do Brasil: England. The birthplace of the game had already called itself home to inhabitants of other South American nations. Argentina had famously provided Ricardo Villa, Osvaldo Ardiles and current national team head coach, Alex Sabella, for the English League in the late seventies with mixed results. Going back further, Chilean-born but English-raised George Robledo was a hero at Newcastle United and it was also on Tyneside where the Brazilian breakthrough surprisingly occurred.

Francisco Ernani Lima da Silva, or Mirandinha as he came to be known, had earned his call-up to the Seleção thanks to his impressive goal scoring exploits of 1986-87 with Palmeiras. After bagging 21 times in 26 outings for the Green and Whites of São Paulo, national team boss, Carlos Alberto Silva, whisked the 27-year-old striker off to Europe to test out his credentials in several late-spring friendlies, the first of which was the marquee game at Wembley against England in the Rous Cup, the short-lived competition intended to replace the defunct British Home Championship.

Mirandinha scored the equaliser immediately after England’s Gary Lineker had put the Three Lions ahead. Muller’s driving run and shot resulted in Peter Shilton parrying the ball to the oncoming Palmeiras forward who blasted the ball into the roof of the net and with it, catapulted his name into the consciousness of English football fans. He had also made enough of an impression on Newcastle United manager, Willie McFaul, who after losing star striker Peter Beardsley to Liverpool, persuaded the Magpies’ chairman to stump up the £575,000 needed to make Mirandinha a Brazilian footballing pioneer.

The deal itself was far from straightforward. Clandestine meetings took place in public houses and restaurants of the English south coast and Newcastle as various interested parties tried to muscle in on the action to earn their percentage of the headline-grabbing transfer. But after much negotiation a deal was struck and a work permit application was lodged. Once permission was granted by the Home Office, Mirandinha was free to pull on the famous black and white shirt and it didn’t take long for the jovial Geordie supporters to pen their own little ditty to their new hero.

His debut came on September 1st 1987 at Norwich City when flashes of Brazilian style illuminated a 1-1 draw. It would take the striker until his third appearance to bag his first goals as a double strike earned a point at Old Trafford against Alex Ferguson’s Manchester United. He would go on to score another 11 times during his first season in England’s top flight and particularly unusual was his consistent scoring feats during the winter period of the year, a time when the attitude of most foreign imports is called into question when the weather turns nasty, as it has a tendency to do on the North Sea coast.

As Mirandinha got to grips with life on the pitch, he settled into his new environment with the help of the community. On arriving at Newcastle United he was given a house in the nearby small ex-mining town of Bedlington. The local children wasted no time in acquainting themselves with their famous neighbour as they regularly knocked on his front door and persuaded him to have a kickabout in the streets. Mirandinha would have found this like a home-from-home akin to his early days growing up in Brazil where street football hones the skills and technique associated with Brazilian players. Although how exactly he communicated with his new friends is anyone’s guess as his English was limited and the unique Bedlington accent can be tricky even for those who live in the next town. 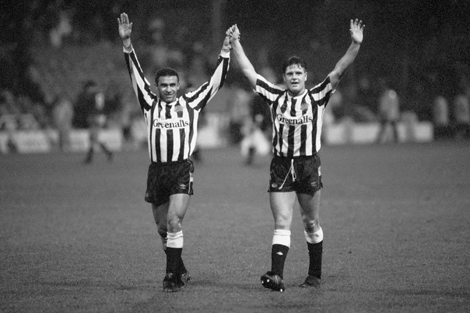 At work, the Brazilian was not the only show in town. The late eighties was the time of Paul Gascoigne’s rise to fame and while Gazza was around the focus of attention was always on him. It has been said that Newcastle needed three footballs on the field: One for Gazza, one for Mirandinha and the other for the rest of the team. There are also many colourful stories painting the local hero as the protagonist of the pranks played on his South American victim. But with the good humour of the dressing room japes, decent form on the pitch both personally and collectively and an acceptance in his new neighbourhood, Mirandinha enjoyed his first year in England.

Being so far from home and not in either Europe’s top league (which was considered to be Serie A at the time) or its continental competitions due to English clubs’ exclusion after Heysel, he slipped out of the thinking of Brazil coach Carlos Alberto Silva and out of the picture for national team selection. He was also about to encounter the difficult second season syndrome at St.James’ Park.

After a clear-out of existing playing staff which included Gascoigne’s move to Tottenham, Newcastle went on a spending spree in the summer of 1988 and with it came a raise in expectations from the board of directors. However, after just eight games of the 88/89 season and an underwhelming set of results, Willie McFaul, the man who brought Mirandinha to England was fired. This despite a superb victory 2-1 victory at Anfield over champions Liverpool where the little Brazilian scored a superb winner that many Geordies of that era remember him most fondly for. With McFaul gone, the Newcastle board turned to the experienced, no-nonsense approach of Jim Smith.

The new man at the helm was not so keen on Mirandinha, as his team fought an ultimately unsuccessful relegation battle. By the end of the season Smith famously said, “As far as I’m concerned he can rot on his pig farm in Sao Paulo”. And with that, Mira’s time on Tyneside would come to a close. He was allowed to return to his homeland and join his former employers, Palmeiras, on a free transfer, bringing about an end to the two-year stay of Brazil’s first English export.

Once Smith had departed St.James’ Park, there were attempts by Sir John Hall and Kevin Keegan to re-sign Mirandinha in the early nineties which never came to fruition which left the former Magpie to try his hand in Japan as so many of his countrymen did at the time. After a final stint back in Brazil he called time on his playing career in 1995.

These days Mirandinha coaches in his native Brazil and acts as a scout for English clubs looking to discover the new generation of Brazilian stars who are much more attainable for the mega-wealth of the Premier League giants than back in the 1980’s. Alongside coaching and scouting, he currently works in a key ambassadorial role in the state of Ceara for the Brazilian FA in the build up to their hosting of the 2014 FIFA World Cup.

The first issue of The Football Pink is available to buy at Amazon.