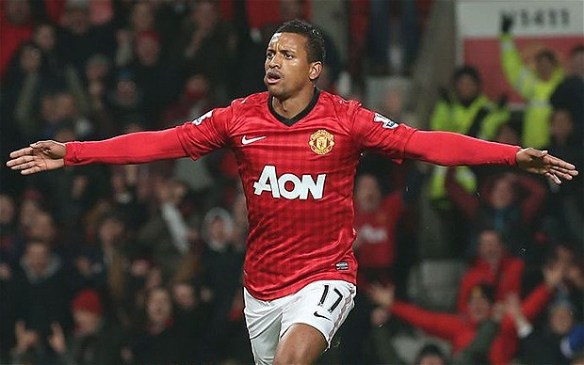 The year is 2007. Luís Carlos Almeida da Cunha is a very exciting winger with great pace and skill; a potentially world-class player in the making. Sir Alex Ferguson certainly thinks so and is prepared to spend €25 million on the 19 year old. Ferguson knows that da Cunha, more commonly known as “Nani”, is nowhere near the finished player but is confident that he can fulfil his potential and develop, like his compatriot Cristiano Ronaldo, into one of the greatest flair players around.

Skip ahead to 2013 and Nani has just been awarded a 5 year contract. In this time he has played over 200 games, scoring 40 times as well as winning eight trophies at Old Trafford and the individual honour of being named in the 2010-11 PFA team of the Year. Yet even with the silverware taken into account, the majority of football fans see the player’s staying power at the Theatre of Dreams as a point from which to mock United fans. United fans seem to be divided on the matter. By the very fact that his signature hasn’t merited sighs of relief nor scenes of celebration demonstrate Nani’s unfulfilled potential. A mixture of resigned apathy and disbelief hangs over his presence in the Premier League due in part to the sheer inconsistency of Nani’s performances these past few years. How the last 6 years have possibly justified another 5 seems beyond most.

The Portuguese obviously has talent. In fact, it’s a genuine shame that his default mode is to channel that ability towards individual showboating rather than the collective efforts of the team. There are several ways of looking at the situation surrounding Nani’s contract extension.

Firstly, is David Moyes fully in control of the transfers and contracts at Old Trafford? The scatter gun approach to signing players this summer somehow appeared impulsive yet timid, and ultimately unsuccessful. Sifting through the quagmire that was the transfer window, it is tricky to assess how true the rumours were but at various parts of the summer United were heavily linked with Fabregas, Baines, Lewandowski, Mata, Thiago and Ozil. It was only after the pursuit of all these players – and other failures that the media have not been made privy to – that Moyes turned to Nani, who had previously been linked to a move away from Old Trafford. The most depressing thought this scenario conjures up is that the money spent on Fellaini and Nani’s contract would have been more than enough to sign Mesut Ozil.

Alternatively, Moyes already considered Nani to be a good enough player to be useful to him as he starts his reign as Manchester United’s new manager, not that a contract renewed was a particular necessity. The lack of developments in more vital areas, and the time it took the manager to come to a decision publicly over the winger, almost begs the crucial question – does Moyes want to punish United fans?

His procrastination and indecisiveness, while surely not deliberate, has not only castigated the fans but also his new squad of players to some extent. There’s also the worry over the potential for intent; power plays to assert his authority that have gone awry. His mangled half-threat to push Rooney out the door unless he plays back up to van Persie – a fluffed line that was supposed to be benign – seemed to be a narrative to enforce and follow through with, if only to save face.

Reading the body language of fellow United players when Nani receives– and inevitably losses – the ball, is a spectacle in itself. Seasoned warriors such as Rio Ferdinand and Ryan Giggs have long become accustomed to this run-of-the-mill event, that they show no surprise, mimicking the apathetic shrug that often pervades those in the stands who have given up trying to make their feelings known. Ferdinand, a superb reader of the game has even taken to sprinting back 20 yards whenever Nani is about to receive the ball (‘possession’ is too grand a term for Nani; ‘ball retention’ an alien phrase to his footballing lexicon) in order to prepare for the counter attack that is sure to follow.

Other players, such as Wayne Rooney, have long had trouble hiding their true emotions regarding the temperamental winger’s selfishness and substandard decision making. Rooney especially doesn’t even bother hiding his utter disgust. During his time at Old Trafford, Dimitar Berbatov would even take to chastising and berating Nani for his wastefulness and indulgences. As a club well prepared to monetise almost any aspect of their being for commercial gain, United should offer critics the chance to pay to sit in on the home team dressing room when the Portuguese’s name is read out from the team sheet.

Perhaps one of the motives behind the signing of Maroune Fellaini is to scare some accuracy into Nani’s ‘Shassing’ (a combination of Shooting and Passing, a term derived when the outcome of Nani’s contact with a ball is so woeful that it is hard to discern whether his intention was to shoot or pass). Youtube ‘Nani’ for evidence. Call it the ‘Roy Keane effect’ – a double-barrelled tackle or crafty elbow on the training ground to knock some sense into an unreliable sop. Tales of the Irishman’s attitude to blooding new arrivals and keeping check of standards are as legendary as they are ferocious.

In a piece for The Guardian back in 2011, Daniel Taylor recounted one particular anecdote about the former captain’s brutal approach to player development:

Keane was always good at cutting down to size those he suspected did not fully understand what it meant to play for the club. Dwight Yorke experienced something similar, also in his first training game, when Keane booted the ball at him, deliberately too hard, and the new signing miscontrolled it. “Welcome to United,” Keane hissed with that Tommy DeVito stare. “Cantona used to kill them.”

There was a message about what was expected of players at Old Trafford. “You have to try to affect the game rather than wait for others to do it,” is how Rio Ferdinand remembers it. “At United everyone takes responsibility.”

Fortunately for Nani, the game – and Manchester United – have moved on from such corporal approaches to punishment. The modern PFA wouldn’t stand for it, that’s for sure even if plenty in the terraces and backroom staff continue to miss such an unflinching and intense demand for excellence. Such a direct approach from opponents certainly haven’t helped United’s number 17 make his mark. In fact, Jamie Carragher’s brutal tackle on him back in a 2011 North West derby game could be seen as the definitive moment that ended of his greatest run of form. Of course, Keane wasn’t just a stern motivator of his team mates but also their greatest protector, especially within the physical battles on the pitch. If Fellaini can play the role of enforcer and guardian to the likes of Nani, perhaps he can rise again?

Regardless of whatever approach is taken however, considering United’s incompetent transfer activity, something drastic must be done to bring out the best in Nani. If Moyes can do that, and keep him locked into his best form, then he may have signed at least one world class player this summer.