While he was wrong to say that promotion has been nothing more than a short-stay stamp in a club’s shiny new passport, he may well have a point this season.

There appears to be little chance of Cardiff, Hull or Crystal Palace being worse than Derby’s ‘manus horribilis’, but as a group they may be the poorest set of teams to be promoted in to the Barclays Premier League. It’s difficult to think of another trio that look so ill-suited and un-ready for the intense competition of the English top flight. All three are likely to be in the mix at the wrong end of the table in May, and yet while other teams’ incompetence may yet save them (looking at you Stoke, Newcastle, Sunderland) it’s unclear whether the newest members of the elite have it in them to take advantage of such opportunities. With the massive boost in broadcast revenue for the league’s existing teams transfer activity has increased. Provincial clubs are now outspending once grand European side and raiding the top divisions of The Netherlands, Portugal and beyond. It’s never been harder to break into the Premier League and survive. 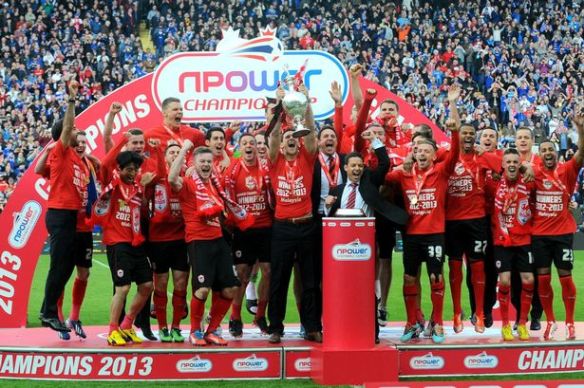 Cardiff were certainly effective last year. They won the Championship title with an impressive 87 points, (8 points clear of 2nd place) but ‘effective’ is about as complimentary as you can be. Malky McKay is a manager who has a good track record of getting teams to play for him, and has forged a strong collective feeling amongst his players. The promise of a Welsh derby this season is exciting, but it will most likely expose how far the Bluebirds in red are from being Swansea 2.0. Theirs is a solid, unspectacular and direct brand of football, and while they have decent players throughout the squad, none (bar Craig Bellamy) are likely to get the pulses racing. The signings of Gary Medel and Steven Caulker will certainly aid the defensive part of their game, but their defensive base is hardly the issue, with their total of 18 clean sheets last season a testament to some existing solidarity. In fact, they were able to boast the second best defence in the league last year. Much more rests on whether Bellamy can still perform at this level, and whether Nicky Maynard, Frazier Campbell, and new signing Andreas Cornelius are able to create and capitalise on chances up front.

In the end Hull were run very close to 2nd place last year as a far more fluid Watford side fell just short on the last day of the regular season against Leeds. The Tigers didn’t score a huge number of goals (61 in 46 games), fewer than a number of teams in the lower half of the league, including Peterborough who were relegated. It has been a criticism of Steve Bruce’s teams before that as far as the flow of creative juices goes his decisive ‘final third’ players often run dry. Signing Danny Graham is a risk; he was very poor at Sunderland last season, failing to fed off the admittedly meagre scraps that came his way after his badly judged move to the North East. He will need to find the form he showed while with Swansea as a hard working and tactically intelligent player, although he has never exactly been a prolific front man. At his best though he can be a prickly, technical and physically strong player with excellent movement and awareness. If he can get back to this, then the other big summer signing, Tom Huddlestone, should be able to help increase his goal threat thanks to the midfielder’s impressive passing range. The rest of Bruce’s attackers are inexperienced at this level. Former Manchester United youth player Brady aside, the supporting cast of Aluko, Fryatt, Boyd, and McLean aren’t names that have exactly set the second tier alight.

Having said that, Crystal Palace are the weakest of the three. They’ve made three significant signings of note over the summer, spending £6million on Peterborough forward Dwight Gayle, unwanted Arsenal forward Marouane Chamakh and highly rated Spanish midfield prospect Jose Campana from Sevilla. Gayle’s is a remarkable story (from non-league to Premier League in 2 seasons), and while the romantic will want to see this as the second coming of Ian Wright, relying on the 22-year-old to score the goals to keep the Eagles up is a huge burden. Manager Ian Holloway is obviously working with a small budget, and a very limited core group of players. They did score the most in the Championship on their way to the play-offs last year (72), but are still missing their decisive goal machine, Glenn Murray, and stand out player Wilfried Zaha, who completed his move to Old Trafford over the summer. On the surface Chamakh’s signature on a one year deal looks like a potential coup for Palace, but the Moroccan still has so much to prove in the English top flight, and a demoralising relegation scrap may be the last thing the striker needs to find his form again. If not, the evergreen Kevin Phillips is on hand to put his experience to the test. Even at the age of 40, he almost got lucky against Hugo Lloris on Sunday. 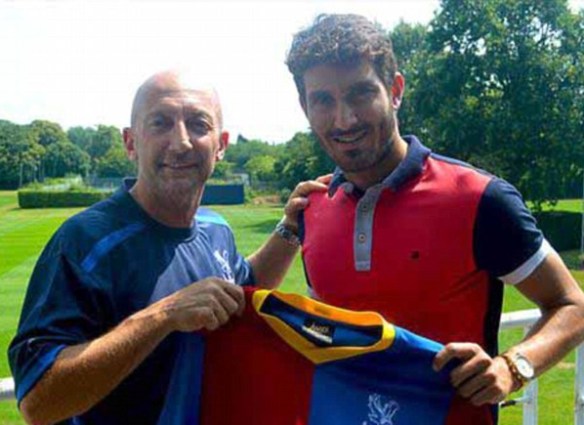 While goals may be an issue for Ian Holloway’s men, chances will hopefully be forthcoming thanks to the £2million signing of Jose Campana. The Spaniard is captain of his country at U-20 level and a technically gifted midfielder able to pose a threat from set pieces and direct a game from deep. It’s hard not to wonder whether Holloway is banking on the youngster to replicate Charlie Adam’s effectiveness for his Blackpool during his last visit to the Premier League as manager, although that campaign didn’t end with survival either.

Meanwhile, Australian midfielder and club captain Mile Jedinak is a good leader in the middle of park, and will be able to mix it from a physical perspective this year (i.e. he likes to act the hard man on the pitch) but he perhaps lacks the technical level required to do much beyond providing energy and backbone. Such inspirational fighting spirit isn’t to be sniffed at however, and his mentality and high standards should serve Palace well in the trenches of the league this season. In goal, Julian Speroni is something of a cult hero at Selhurst Park, but he will need to evolve into a real life superhero if Palace have any chance of weathering the storm that will be brought on his six-yard box by the likes of Aguero and van Persie.

One game in, and all three clubs have lost. Each team had difficult matches to kick off the season, but they will soon realise that this year every game will be tough.

Derby’s unwanted record may not be at risk, but Danny Baker may well be proven right.