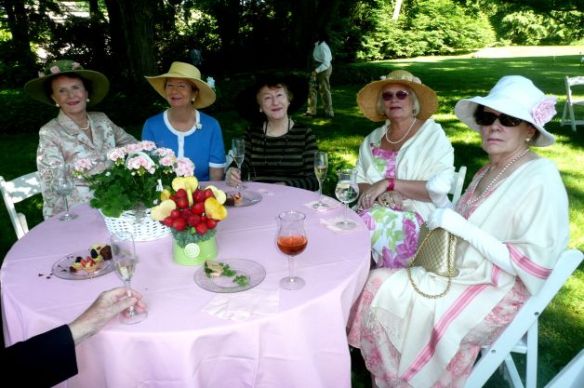 I chuckled, of course, only stopping to sip my gin and tonic. I was having a good time there in the garden, with the perfectly cut grass and beautiful flowers surrounding me, feeling very, very English. I too had given up on England, and I too don’t really enjoy watching them play anymore. I was having a much better time poking fun at the build-up and dissections in the days before and after matches.

I suppose you might wonder why it was the Pimms, the gin and tonics and the lovely garden that made me feel very, very English, and not, let’s say, pints and pies, outrageous costs of living, or anything else that might make up an ‘English’ or ‘British’ identity. Well, I can easily explain that: I’m not English at all. Chance, the unpredictability of the universe and a strange affliction called Anglophilia brought me to that garden party, which could have just as easily been any other location and setting in Britain. None of that really matters, though, for it was laughing at Stevie G and Lionheart that tied me and all the English people I was talking to together, not the drinking of Pimms and my appreciation of gardening.

It was the end point of a long and hard journey, I felt. A journey that started when I was kid, listening to British music on the radio. To my youthful perception, bands like Blur, and later The Streets, seemed so genuine and authentic – although maybe they really weren’t, of course. A journey that had me, by the time I was studying History at university, writing essays about Churchill and Thatcher, ignoring every boring old Dutch statesmen there ever was. A journey that had me forcing myself to drink my tea with milk, even though I much prefer it black.

Watching the England national team was part of it as well, of course. As a child, I made sure I watched every England game the BBC and the internet allowed me to watch from my house in Amsterdam. And whenever those media failed me, I sat on my own in the Irish pub downtown, being perceived as a rather strange young man – to say the least – by the English expats that made up most of its clientele.

I travelled to England about a million times, and visited every corner of the country, from London to Hull to Cambridge and Manchester. I read Dickens, learned how to appreciate real ale, and back in Amsterdam, I even got an English girlfriend. However, I never felt like I truly succeeded in becoming English. I always felt like an imposter, a try-hard, good at appropriating the surface elements, but never able to really grasp the deeper parts of English identity.

There I was, during one of my trips through England, sitting in a pub watching England play, wearing my little England shirt. I was well over fourteen, I had a beard, but still bar staff would ask me for ID whenever I wanted to order a beer. A well-meaning interruption by an adult, intent on redirecting me to the children’s table always seemed close at hand.

But then I attended that garden party, and suddenly, I got it. In order to be English you need an appreciation of cynicism, in life, and in football as well. 1966 is a long time ago, and nowadays, an England fan over the age of fourteen simply doesn’t show unfettered enthusiasm. Those little England flags you see hanging on rear view mirrors in cars sometimes? They were either put there by a slightly thick person or they are ironical.

It’s a defence mechanism, I think. In order to avoid disappointment, the English like to mobilize their world famous and – rightly so – much acclaimed sense of (black) humour. What’s safer than emotionally investing in a collective pursuit that’s bound to fail, hysteric and passionate like some Frenchman or Spaniard? Why, making silly jokes about it, of course. When the going gets tough, humour is a fine weapon. For the English, that was true during times of war, and now that the England national football team is going to through a millennia long rough period, it’s true as well.

Next time I’m at the pub, I’ll leave my England shirt at home. I’ll be cynical and carefree. I’ll still watch the match, of course, and I’ll have a bloody good time, because even in the absence of a quality match at least I’ll be able to laugh and joke all evening.

One thought on “How loving England made me hate England”