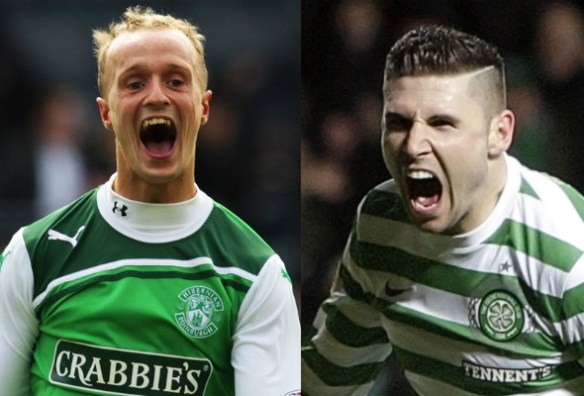 With the sale of Celtic’s Gary Hooper to Norwich and Leigh Griffiths’ return to Wolves after another season out on loan with Hibernian, two of the most prolific and exciting attacking talents in the Scottish Premier League have fled south.

Having amassed some impressive goal tallies up North, the new season will be an intriguing opportunity for both strikers, and the SPL itself, to highlight the quality of Scottish football, as well as the potential gaps that exist with the English game.

The two forwards have wildly different roles to play this season. Hooper has moved to one of the five big European leagues for the first time in his career, while Griffiths has moved to a big club in trouble. The former Celtic striker will be charged with improving a poor goal tally for Norwich (only Stoke and QPR scored fewer last year) alongside the more urbane Ricky van Wolfswinkel, as well as replacing the directness of Grant Holt who has left for Wigan. Griffiths will be expected to fire Wolves them back up to the Championship at the first attempt after his prolific feats in the SPL last year. As players they are very different. Hooper likes to play on the shoulder of the defender, take minimal touches, and go for goal at any angle. Griffiths is more likely to get involved in the build up, but is also a good finisher.

Last season there was significant support from Celtic fans for Gary Hooper to get a call up in to the England squad. They may well see their wish come to pass now that he has left the club for the Premier League. Weekly exposure in the eye line of Roy Hodgson must have been one of his main motivations for moving back to England, especially since the England manager has so far resisted the temptation to pick the striker for fear that he wasn’t being sufficiently tested in the Scottish Premier League.

He will now hope that has the shop window to show the England boss that he is capable of scoring against tougher defences, and with fewer chances, although the lack of caps won by Holt during his stretch as the Norwich’s talisman suggest that leading the line for the East Anglia club is no guarantee of international football.

Griffiths was the player of the year in Scotland last year, but unlike Hooper who will line up for the Canaries next weekend, his season has already started. Wolves have been a tragic case for the past 2 seasons, showing what poor man management, lack of stability, and an unwieldy squad can do. They have plummeted from the Premier League to League 1 with that one abysmal Championship campaign to separate them.

However, Griffiths has already started well for the Molineux club, netting twice this weekend as they got their first win of the season on the board. It will be interesting to see if Hooper can do the same in the top division.

Having been prolific at various levels for Scunthorpe there was always a good chance that the diminutive yet stocky striker would be a success at Celtic Park. He relies on having a good strike partner with him, and in Georgios Samaras, he had a flat track bully more than capable against less than mobile Scottish defences. Give him chances and he will score. The question is though will that translate to the Premier League?

Certainly, there have been examples of this type of player succeeding at the highest level of British football recently, but playing for Norwich will be a test. The club poor at holding on to the ball last year but the addition of the highly regarded Dutch midfielder Leroy Fer should help to rectify some of the problems of possession.

When they were able to dominate possession they showed glimpses that they had the quality to use it. Robert Snodgrass and Wes Houlihan are clever players with the ability to play the sort of through balls that Hooper relishes. In terms of movement and an eye for goal, Hooper is a significant upgrade on both Holt and Luciano Becchio. Indeed, the fact that Chris Hughton moved Holt on is a good indication that he wants to play a different style of football. With van Wolfswinkel’s arrival signalling some real investment in terms of both transfer fees and faith in a player’s technical quality, Hooper will likely be required to create space and capitalise on chances created. That’s not to say route one football will be off the menu this season at Carrow Road this year. Hooper is a player who can get stuck in if needs be, and as many other relatively short strikers have shown in recent years – such as Wayne Rooney and Jermain Defoe – a target man needn’t always be made of proportions approaching the seven foot mark.

Now is the time for Hooper and Griffiths, two very different strikers who dominated Scotland last season, to show what they have south of the border. There is potential for both to be held in even higher regard by the end of the season, although the transition can be difficult for even the most highly rated SPL professionals. Steven Naismith, formerly of Rangers, has hardly pulled any trees since escaping to Everton.

They may not be Denis Law or Kenny Dalglish but the age of the exotic and mystically skilful Scottish football export is now over for the time being at least. However, watching two top level players arriving from such a similar and related footballing culture to find their feet in a changing English game will be a spectacle in itself.