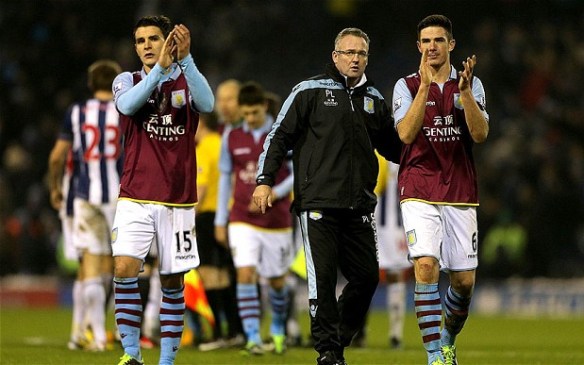 Football management is a profession beset by cautious conservatism. In the constant race for results a coach must be ruthless in their methods in order to secure their long-term future and continued employment. Well-meaning plans and nice ideas carry little weight under the financial stakes and pressure of the professional game where dropping out of your sub-tier within a division can be almost as damaging as relegation itself.

Arsenal’s string of consistent top four finishes are often mocked for their faux-trophy status yet for clubs who fall out of that select group, regaining entry can cost as much as effort and money as a fully invested title challenge. This reality has dawned slowly on Liverpool’s initially naïve owners and their vast array of sentimentally optimistic supporters. Similarly, Aston Villa’s slump from the top six has seen the club struggle to stand still as the slope leading back up the table grew ever more slippery thanks to the resurgence of Tottenham Hotspur and the bump down effect of Manchester City’s extremely well funded Champions League insurgency.

Last season Paul Lambert injected the decisive radicalism Villa needed to not only stop the rot that had crumbled their Europe bothering foundations, but to build a platform to recapture those heady heights once more.

What can a club do without the mega-wealth to buy back the ground they have lost? There are two options open to teams: mortgage their assets and gamble on a grand shopping spree or attempt to capture some sort of Zen like perspective; taking a step back to restructure and look to the future. In this cagey world of received wisdom and kneejerk self-preservation instincts (“you don’t win anything with kids”, or should that be “you don’t win anything without Darren Bent”?), it’s often the latter that gets the first and sometimes only run out in the face of adversity.

The former option, of a high risk shot in the arm, can offer some excitement, and a quick boost in the name of glory and “ambition”, but these reactionary transfer window splurges are more likely lead to disaster rather than success, especially when they cannot be sustained or substantiated, such as in the cases of Leeds United, Portsmouth and, only in competitive terms for now at least, QPR.

Meanwhile, the second path isn’t open to every club, at least not initially. Infrastructure and time is required, sometimes at the cost of progress in the short-term, as well as a long difficult trek back to where you started from before pushing on to fresh adventures. Swansea are the current darlings of the slow and steady school of race winning. They are the victorious tortoise to Harry Redknapp’s hapless hare. But Lambert’s way of the tortoise looks set to bring dividends this year thanks to the timely nature of his intervention twelve months ago. 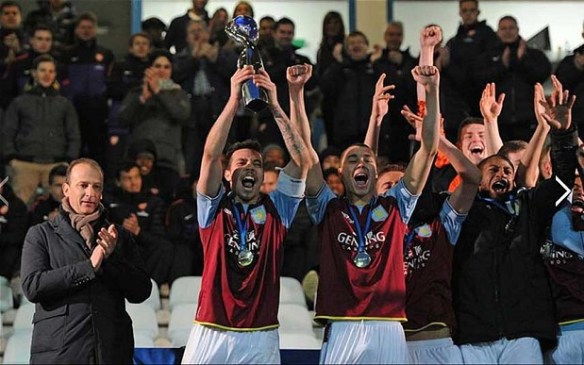 Unlike many clubs struggling to keep up with the modern arms race of the Premier League, Aston Villa already boast one of the best youth set-ups in the country with a proven track record of producing Premier League players. That Gerard Houllier and Alex McLeish lacked the radicalism to fully commit the future of the club to the produce of its production line is a reflection on their membership of the old guard – the risk averse survivors and safety first stagnators – rather than the quality or potential of Villa’s academy or prospects. Even Martin O’Neill, the man who delivered top six to the Villains, has always been a believer in buying overpriced British veterans rather than developing his own players, and is ultimately most at fault for the club’s struggles of late rather than the interrupted and unwell Houllier or the incompetent scapegoat that was McLeish.

While these managerial appointments and the wasteful over-spends of O’Neill may have highlighted the inexperience of novice owner Randy Lerner, who succeeded Doug Ellis in 2006, his generally thrifty policies have been proven correct. Big wages, inflated reputations and limited players are the root cause of the impotency that has robbed Villa of their status and agency. Aston Villa may as well have become a new footballing shorthand for a collection of expensive deadwood. Yet as money poured into poorly thought out contracts for bought-in one-dimensional footballers, both Ellis and Lerner went to great lengths to invest and modernise the club’s Bodymoor Heath training complex. 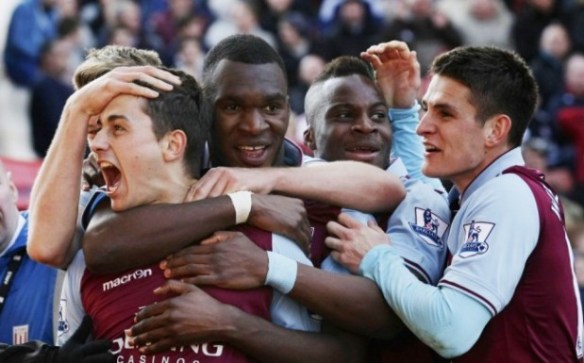 Now, a year older, wiser and armed with the hard fought maturity of last season’s brutal reckoning, Lambert’s young and technical side are being touted for great things. Such a quick reversal of a team’s projected fortunes should usually be met with scepticism, but in Villa’s case, the coming campaign feels like year zero – no longer hamstrung by a deficit in experience, the squad’s talent and mentality should shine through. The likes of Stephen Ireland and Darren Bent look set to follow Richard Dunne out of the club, allowing the seemingly forgotten Ronald Vlaar to step up as the squad’s new standard setting leader alongside Christian Benteke. Last season the Dutch centre-back’s influence on the field was limited due to injury, but it’s unlikely he will face a similar amount of downtime next year.

Signing players such as Benteke and Vlaar, blooding youth players and demanding flexibility and commitment from his players is the Lambert model: his way of the super-charged tortoise. One of the most striking things about his managerial career is his conviction in his methods. From Colchester to Norwich and now Aston Villa, little has changed in his winning formula. While he may not have signed players from Holland, Belgium and Scandinavia while working in the South East, the calculations were the same. For clubs beneath the glamour tiers of the Premier League, lower league and non-league clubs may as well be based in central Europe, the relative lack of insight and competition in finding and securing overlooked players is similar, and it is this ethos that remains at the heart of Lambert’s transfer strategies. So far this summer he has again quickly moved for relative unknowns and obscure talents at such a speed that potential rivals had no chance of gazumping him. FC Groningen, Lech Poznan, FC Nordsjaelland and Aalborg are only backwater sides to the imaginations of the parochial English football fan, but at the same time the respective captures of Leandro Bacuna, Aleksandar Tonev and Nicklas Helenius – a prodigious ball-to-foot target man who will hopefully help shoulder some of Benteke’s attacking responsibilities – show an eagerness to discover market inefficiencies and unfashionable bargains across Europe. 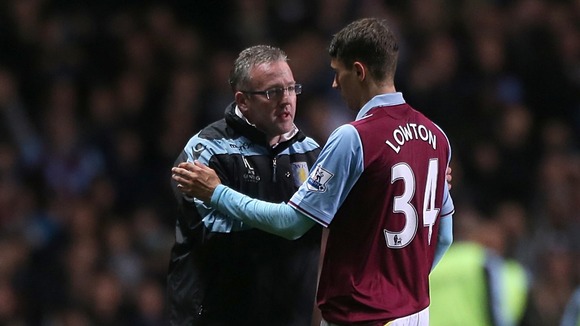 Top six would be a miracle reliant on the complacency and meltdowns of others, and possible a bridge too far, too soon, but Ciaran Clark, Marc Albrighton, Andreas Weimann and Matthew Lowton should all be able look forward to setting up a base camp just outside the usual melee for the Europa league come next May. While such gains are unlikely to sate the ambitions of Christian Benteke, who will most likely still seek to leave sooner rather than later, his new contract will guarantee Villa a bumper fee rather if not real loyalty. Such funds can then be reinvested in Lambert’s project, perhaps on another lesser-known striker with the idea attributes for the Premier League.

Aston Villa’s fallow years could well be over, but perhaps the eyes of both fans and rivals alike should also be trained on the NextGen series, which the club’s academy will enter the 2013/14 edition as reigning champions, for an idea of just what Paul Lambert’s reign could achieve in the near-future with a little bit of luck and a lasting commitment to the principles forged and refined in last season’s battle to survive.

8 thoughts on “AVFC: Lambert’s faith in youth set for big pay off”