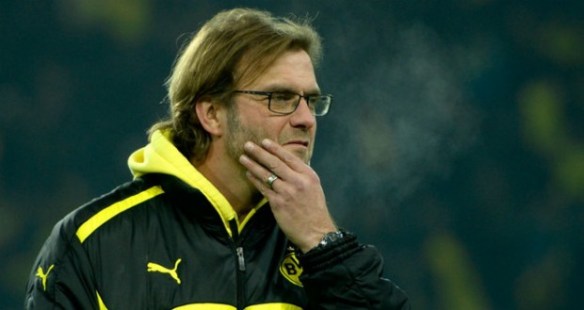 However, if anything the news that Dortmund would be losing their wonderkid to the all-dominant Munich monopoly galvanised Die Schwarzgelben, instilling a now-or-never sense of destiny to their European campaign. Though they had been written off against the reigning La Liga champion, 90 minutes later  the scoreboard told a different story: “Borussia Dortmund 4 -1 Real Madrid”.

It was a performance fitting of Jürgen Klopp’s team. Upon his arrival in 2008, “Kloppo” began a rebuilding process in response to the club’s worst league position in 20 years and a serious financial crisis off the pitch. He brought in a tactical ethos based around pressing the opposition high up the pitch and using rapid transitions from defence to attack to break at speed which was as effective as it was exhilarating to watch. This style of play was only aided by his quest to find young, hungry players willing to work hard and sacrifice their needs for the benefit of the team. While the under riding mentality Klopp has instilled across the club has been one of success through pragmatism, he is also a coach who wants to put on a show and entertain, and his Dortmund side have been a revelation;  both for the image of German football and fast, breathless, counter-attacking in this age of tiki-taka orthodoxy.

With the summer transfer window now open and Mario Götze starting his pre-season training 607km south east of Dortmund under Pep Guardiola’s tutelage at Bayern, Klopp has begun restructuring his side once more. This is not an unfamiliar feeling. For the past 3 summers Borussia have found themselves needing to evolve their squad after key players have left. When Shinji Kagawa departed for Manchester United it became arguably the key factor in the progression of both Marco Reus, who was signed to replace the Japanese midfielder, and Götze as the pair blossomed for club and country last season.

Back in the summer of 2010, Nelson Valdez departed and Klopp gave Robert Lewandowski, who had a slow start to his Dortmund career previously, the chance to start as the club’s leading striker. Lewandowski rewarded his coach with 30 goals across all competitions and his first Bundesliga title. Ilkay Gundogan, another key player at Dortmund, was signed from Nuremberg in 2011 to replace the Madrid-bound Nuri Sahin, who was the very first youthful cult hero of the Klopp era, making his debut at the Bundesliga record-breaking age of 16 years and 334 days old.

This season Borussia have completed deals for Sokratis Papastathopoulos and Pierre-Emerick Aubameyang already with the transfer of Henrikh Mkhitaryan all but awaiting confirmation also. 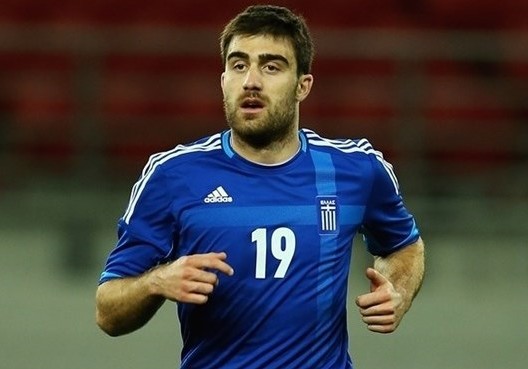 Sokratis Papastathopoulos is a 25 year old Greek central defender with 37 caps who has excelled in the Bundesliga with Werder Bremen since 2011. He previously spent 2 and a half seasons in Italy with Genoa and AC Milan and has champions league experience. Sokratis, as he is known for short, was the first player to be sent off in Euro 2012 following two controversial yellow cards against Poland.

Pierre-Emerick Aubameyang also spent time with AC Milan as a product of the Rossoneri’s youth system. Now 24 years old, the Gabonese striker is full of pace and capable of playing either centrally or as a wide forward. Last season was his most prolific in front of goal for Saint Etienne and he finished the Ligue 1 campaign with 19 goals. Aubameyang most notably scored in all three group games of the 2012 African Cup Of Nations before having his penalty kick saved in the shootout as Gabon were eliminated in the quarter finals.

Unconfirmed reports suggest that the Armenian international Henrikh Mkhitaryan will also join Dortmund for a fee around €25million. An attacking midfielder by trade, he scored a staggering 25 league goals alone last season for Shakhtar Donetsk playing in the centre of a 4-2-3-1 system. He can operate as a deep lying midfielder and is a player capable of finding space and of course, he has a ruthless eye for goal. It will be interesting to see whether Mkhitaryan ultimately replaces Götze in the hole as Dortmund’s clever, tricky playmaker or if he has been signed in a pre-emptive move to cover Gundogan’s potential departure. The midfielder continues to be courted by Barcelona, who themselves look set to lose their Spanish-Brazilian playmaker Thiago to either Manchester United or Bayern, though the presence of Nuri Sahin, back again on loan from Madrid, may mean Gundogan’s absence has already been catered for.

With a defender, attacker and prospectively another midfielder on board for next season, Klopp has immediately addressed 2 key areas of concern to him – the loss of Götze and a lack of strength in depth beyond his first choice starting line up. As Dortmund look to begin their quest to reclaim the Bundesliga and go one step further in Europe and win Champions League these three acquisitions look to be the perfect fit.

As always with Jürgen Klopp, the aim for Dortmund is for this continual evolution to be as seamless as some of Die Schwarzgelben’s finest transitions

Pep Guardiola and Bayern Munich need to be ready for battle this season. There is life after Götze and this new version of Borussia Dortmund are already waiting for war. Roll on 13/14.