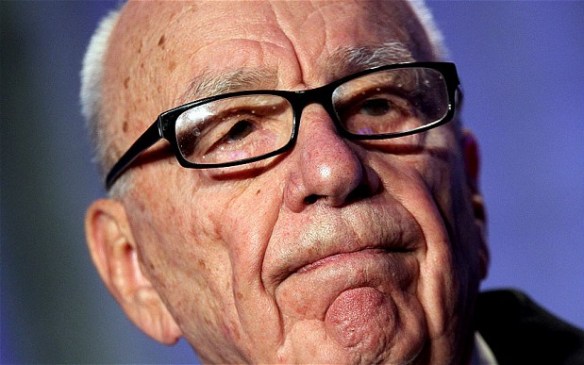 Described as the “Formula One-isation of football”, matches would be staged across the world in the stadiums of the highest bidders. With such an opportunity to service the enormous, flourishing markets of East Asia and the USA with competitive, high-glamour fixtures, the likes of Manchester United and Barcelona may find that continuing to persist with traditional domestic leagues would no longer make business sense. It’s unlikely even the riches of the Premier League or La Liga would be able to match the benefits and opportunities afforded by a global division of super clubs.

By confining the highest levels of prestige, competition and reward to a gated community at the top of club football, the already privileged positions enjoyed by the game’s established aristocrats and nouveaux riche would soon become permanent, with smaller clubs unable to qualify for this head table.

In many ways Murdoch’s vision of the future is but an inevitable and logical product of processes that have long exploited football through the concentration of resources, talent and commercial inequality for all but the few and powerful. Already, thanks to a shrinking pool of realistic winners, numerous title races have degenerated into foregone conclusions or stilted affairs between a distant top two. Last year the final weeks of the season in England, Spain and Germany resembled processions: a sad and unsustainable spectacle that only further devalues domestic competitions.

The final rounds of the Champions League have also become less competitive, especially when it comes to the diversity of teams qualifying for its later stages. Meanwhile, most national cups have already entered a post-competitive state of degraded glory in which teams such as Wigan and Swansea can take advantage of distracted and apathetic larger sides. Along with the League Cup, the FA Cup has gone the way of a consolation prize; a bonus ball for the double or treble winning jackpot.

Besides adding yet more games to the exhaustive football calendar, encroachment on the summer months would further marginalise and degrade the stature of an international football scene that has already fallen behind the Champions League. A global super league would also bring about the end of the average away fan who would be replaced by those rich enough to afford the globe-trotting and ticket prices required to follow a club. But are there other driving forces beyond basic greed spurring on the relentless march towards a globalised, super club elite?

Fears of a closed-rank super division, perhaps similar to the MLS where franchises are safe from relegation by design, may actually bring about opportunities for greater regulation of wages and sensible financial management  With sustainability in vogue in various seats of established power at present, clubs may be receptive to reform and regulation once kettled into a lucrative, self-contained roster of 16 clubs. At present, the risk of foreign rivals using local initiatives to cut costs, such as wage caps, as an advantage to steal assets is too great. Bringing them together into a standardised, equal format could encourage mutually beneficial solutions to be sought for these profit limiting problems.

The standard of football would likely rise. Though the foundation of the Premier League proved to be a watershed for the gentrification and commercialism of English football, it also enhanced the technical level and tactical depth of the league’s offering. Considering the further concentration of wealth and resources that a super league would secure for its members, the quality of football played by the super clubs would likely continue to increase – but is the cost of seeing ever more impressive feats of skill, fitness and number crunching worth the price of the game’s connection to its roots and values?

Questions also linger over how clubs will qualify for Murdoch’s Super League. Though initial membership is likely to be invitation only, it’s difficult to see how the entry requirements would be meritocratic rather than focused on potential TV audiences considering who is behind the plans. Prestigious clubs such as Ajax and Benfica may lose out due to the viewing figure demands of cramming as many Premier League, Serie A and La Liga behemoths into the final 16 as possible. In contrast, a selection based on recent achievements would snub the likes of Liverpool, Celtic and Rangers who retain dedicated and widespread followings. The rising economic power of Brazil may squeeze opportunities further with Corinthians more than deserving of a super club berth, both in terms of TV pulling power and competitive strength.

Though the infamously flawed reports on a Qatari plan to create a so-called “Dream League” proved to be without basis, it’s possible that the concept itself rattled Murdoch. Qatar are already a serious competitor to his BSkyB empire due to their wealth, growing broadcasting profile and controlling stake at Paris Saint-Germain. Their various companies have also sought to increase their influence and profile of late as sponsors to various clubs across Europe, including Barcelona, which must be uncomfortable and inconvenient concern for the Australian tycoon.

After all, it would only be fitting for Murdoch and Sky to push the world’s most popular sport into its final endgame era of unfettered elitism – a development that seems almost inevitable in some form judging by current trends. Judging by his track record, the media mogul could at least be trusted to deliver a highly polished, end product for supporters stuck following their teams from the sofa.

However, in the battle for football’s soul the loss of history and “big” teams from domestic leagues would be a killer blow, not just for the integrity of the competitions but also to the long-term health of the general footballing ecosystem. It’s impossible to say what would become of the traditional national pyramids should their status be undermined by the emergence of an all new top tier. The lower leagues and grass root levels of English football already suffer through a lack of support and investment from on-high; a situation that would likely become ever more critical with the establishment of a disconnected super league.

With such high stakes hanging over the next few years, transfer windows and Champions League qualification battles are only going to intensify. Tottenham Hotspur, Manchester City, Atletico Madrid, Monaco and their ilk must fight for a spot in football’s brave new world or face being cut off and left behind.