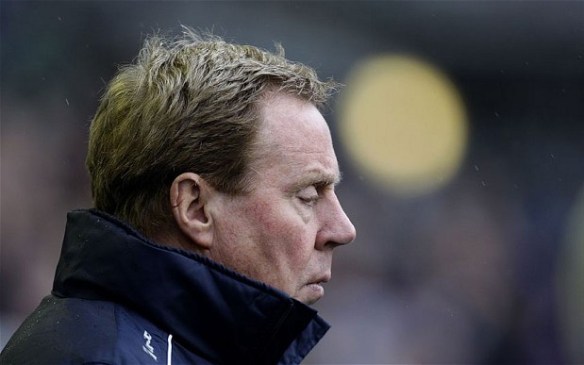 For a man who so vehemently declares he is neither a wheeler nor dealer, Harry Redknapp certainly seems keen on doing a lot of both in his alleged mission to get QPR back to the Premier League. His message is clear: let me buy who I want or hire someone else.

I’ve written before about how Harry’s disastrous Rangers reign has been given the sort of free ride the press would only grant their favourite son, so it is hardly surprising to see his latest declaration be treated as an act of defiance – a ‘clear message‘ to those damn tinkering owners just to leave him alone.

I’m not seeking to defend Tony Fernandes. He is, by all accounts, a bit of a clown. But his already numerous failings as the London club’s chairman would be dwarfed by the mistake that letting Harry off the leash in the transfer market would be. As a ‘football person,’ he claims, he and his fellow ‘football people’ should be allowed to pull the purse strings – the same kind of people having already played a part in Portsmouth’s financial nose dive not long ago.

Redknapp must surely know that the powers that presently be are not going to take kindly to his combative stance over transfers. His presumably inevitable demand to sign Peter Crouch will be deemed financial suicide; attempts to expand with other familiar faces will have to wait until the ludicrous wage bill has been thoroughly slashed.

It is doubtful that Redknapp has the patience for the arduous reality of the Championship. Getting Rangers back into a functional shape and launching a new promotion challenge will test his attention span and hunger for the media spotlight. Having survived other relegations with his reputation somewhat intact, with the blame firmly placed on the shoulders of Mark Hughes, Redknapp must now be less than pleased to find himself a division below his much-maligned predecessor.

When the confirmation of their inevitable descent was greeted not with resignation but a promise that they’d be back in the top tier before long, a cynic could see an announcement that ‘Arry wasn’t going anywhere without a hefty severance. Even if he did in fact mean what he said, Redknapp’s words now suggest that the realities behind his rhetoric are slowly sinking in.

Regardless of the motives at hand, the further down this road Redknapp travels the more likely it will be that his relationship with Fernandes will become untenable. It may soon be in both of their interests for a parting by ‘mutual consent’, which for once may mean more than just a euphemism for the haggled figure scrawled down in the owner’s chequebook.

Away from the glitz and glamour of the Premier League, headline hungry journalists may not be so ready to crowd Redknapp’s half-lowered car window come pre-season, a loss of status the former Spurs and England manager favourite may not be able to work with.

9 thoughts on “QPR: Why Harry Redknapp is pretty much begging for the sack”