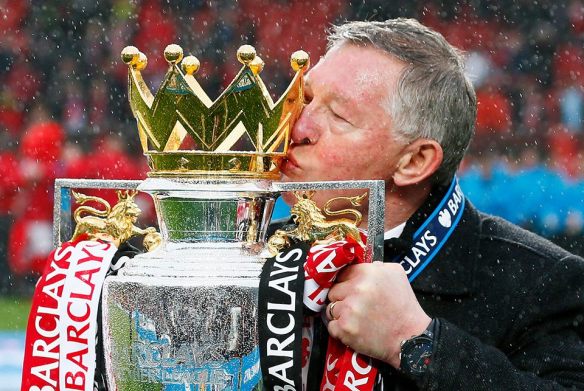 Are there any teams in the Premier League that can argue to have had a good season, be content with what they have achieved, or how far they have progressed, since August? 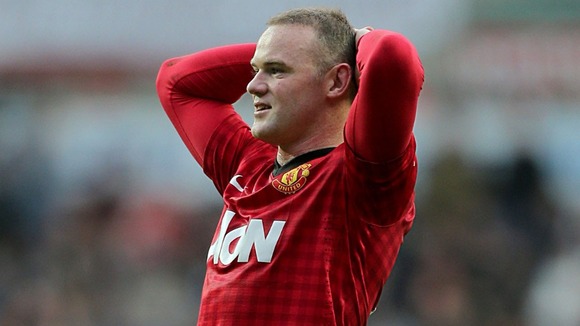 Manchester United’s sense of unfulfillment from this season has been lost amongst the worldwide eulogies that have greeted Sir Alex Ferguson’s retirement. With the title destined for Old Trafford from the moment Robin van Persie’s free kick at Manchester City nestled into the back of Joe Hart’s net, United have processed to one of the most comfortable titles in recent memory.

Yet some supporters may feel aggrieved that not only did they fall short of surpassing Chelsea’s record points total of 95, they finished one point below the magical 90-mark after stepping off the gas in the last few weeks of the season.

However it was in Europe where Ferguson laid his hopes for the season, and his overwhelming desire to equal Bob Paisley’s record of three European Cup triumphs, at what he knew would be the final attempt. That defeat to Real Madrid, the manner of which rankled so heavily with the manager in the immediate aftermath, cast a significant shadow over the rest of their season and ultimately affected performances after March.

United can hardly be disappointed by a season that has seen them halt their neighbours’ ascension to the summit of English football, but by how little else they have achieved given the opportunities present in March. 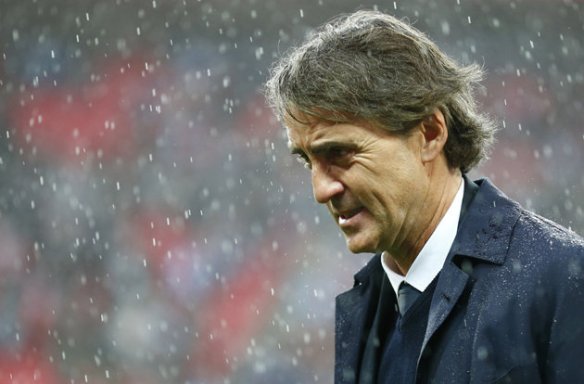 Sergio Augero’s last gasp heroics in May of last year looked to have transformed the complexion of a club that has become synonymous with glorious failure.

Fast forward 12 months and the failure has re-announced itself, but it could hardly be declared ‘glorious’. As routine as United’s title charge has been, City’s defence has been utterly embarrassing and miserable. That’s without even considering their underperformance in the Champions League, which saw them post the worst group stage points total of any English side in history.

Even the man who could have made it fun, Mario Balotelli, was jettisoned in January. City and former manager Roberto Mancini have paid the price for not properly investing in a winning team last summer, and find themselves amongst the chasing pack again. 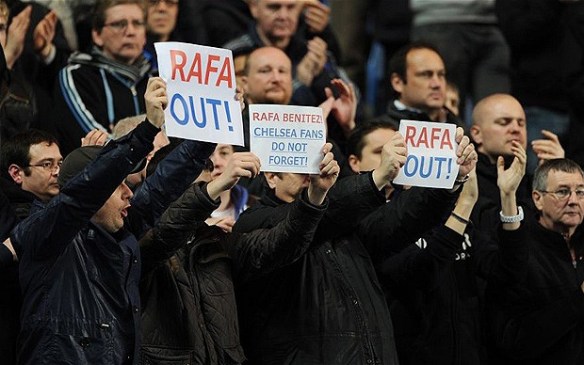 Rafa Benitez may have performed a sterling job by guiding Chelsea to a fair third place position while delivering a Europa League trophy, but the fans have hardly appeared to enjoy themselves since their Champions League winning hero Roberto Di Matteo was sacked in November.

Given the vitriol and hatred that has descended from the stands towards the dugout for the majority of the season, the Spaniard has certainly prospered where lesser men would have fallen.

Since romping to the Premier League title through Carlo Ancelotti’s free-flowing brand of attacking football, Chelsea have struggled for consistency. They may have finished 2nd two years ago, but the 71-point total they amassed would have seen them finish 6th this season, the position they occupied last year.

Benitez’s 75-point haul and third-place finish this year represents significant domestic progress – a 12-point improvement from last season for the Blues. Yet it is not enough for a Russian oligarch driven by an insatiable greed for aesthetic perfection.

That the combination of Di Matteo and Benitez failed to win any of the seven tournaments Chelsea were eligible to win at the start of the season, despite Champions League qualification, means Roman Abramovich may come to reflect on this season with regret rather than satisfaction. 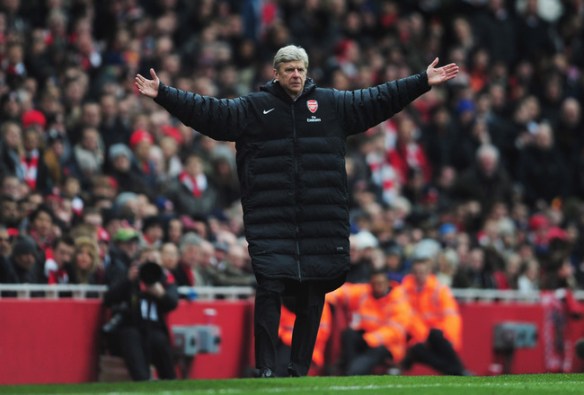 Well they’ve done it again. Every year Arsene Wenger confounds the naysayers and guides Arsenal to the precious utopia of top-four sanctuary, and saves a business model that banks on its perpetuation.

Wenger continues to produce a title-winning run of form around the same fortnight that they exit the FA Cup and Champions League, and calls for his head become deafening. It is quite remarkable.

Last year the Gunners won 8 in 10 games between February and April. This year they won 12 of their last 16 games to reach their end-goal, and once again thwart the despairing efforts of the most unfortunate team in English football, close rivals Tottenham Hotspur.

You could be forgiven, though, for wondering how much longer supporters will be willing to tolerate the impasse in progress.

Arsene Wenger’s proud Champions League record remains intact, but his run without a major trophy is set now to enter its ninth year. Even Wigan and Swansea won a trophy this season. 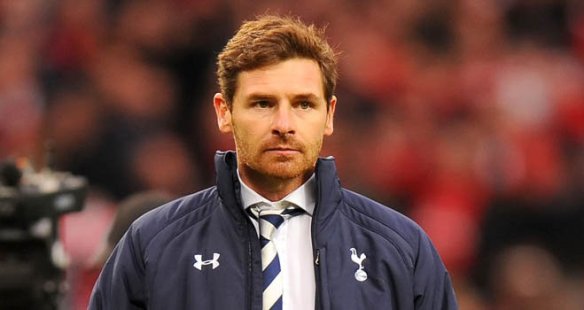 Spurs – the joke that just keeps on giving.

The disappointment of missing out on Champions League football by a point to Arsenal will likely cloud many observers’ opinion of Andre Villas-Boas’ first season at White Hart Lane. But it shouldn’t, because he has set the club on an upward trajectory.

Think back to March 11th, when Spurs were 2-1 up at Anfield, coasting to victory and looking set to open up a 10-point lead over the Gunners. Cue an inexplicable 50-yard cross-field back-pass from Kyle Walker, and then Jermain Defoe’s hair-brained decision to lob the ball into his own, already congested, penalty area.

Spurs fans have been left to rue small margins this season, and though the team improved on their points tally from last season despite dropping a place, no side has finished 5th with so many points before – 72.

That fact will likely depress more than it will delight. 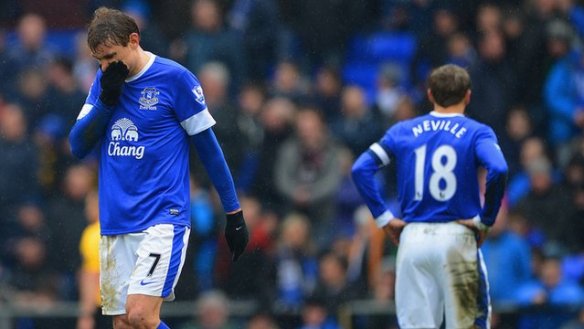 David Moyes departs for the champions – still no away win at Manchester United, Arsenal, Chelsea and Liverpool. Still no trophy for Everton since 1995.

This year has been one great missed opportunity for the Toffees. Having lost just three games before the new year, they won just two of their next seven, before a wretched 3-0 FA Cup quarter final defeat to Wigan brought the optimism crashing down.

Their push for a Champions League berth was valiant, but ultimately too demanding on a squad stretched to its limit.

Though Everton fans may delight in finishing above Liverpool for the second successive season, it offers no tangible reward. Now they face an anxious summer as the club searches for a new manager who can over-perform on a shoe-string budget. Misery is just round the corner. 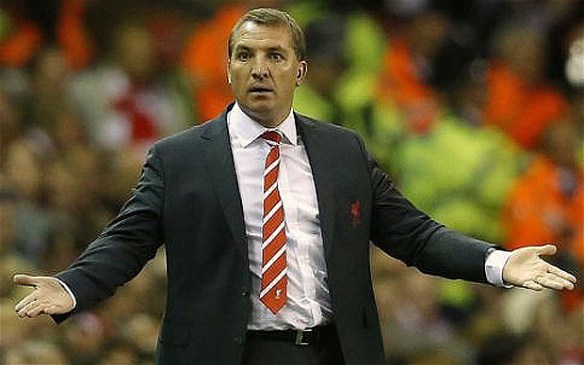 After all the scaremongering and omens of doom that greeted Liverpool’s disastrous start to the season, the club’s form plateaued toward a reasonable end to the season.

Liverpool have actually steadily improved as the year has progressed. The second-half capitulation which destroyed Kenny Dalglish’s reign last season was avoided; the Reds picked up 14 points (losing nine) from their final 15 games last season, compared to 27 this (losing two). The side became free-scoring and disproved the theories it was over-reliant on a deeply flawed genius from Uruguay.

They have slowly warmed to Brendan Rodgers, but have been disillusioned by limp cup competition exits in the Capital One Cup, FA Cup and Europa League, after Dalglish’s relative cup success last season.

This coming summer and next season is the most important since the last one; ad nauseam. 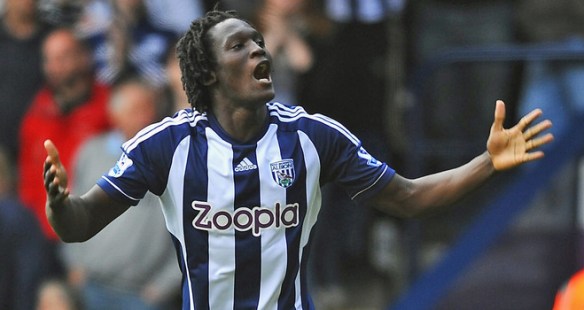 West Bromwich Albion are the eighth best team in the country. Let that sink in.

Ordinarily, four victories from the turn of the year would be a cause for concern but West Brom have had their most successful season since 1980-1 after a start which saw the Baggies flirt with the Champions League places.

Steve Clarke was roundly expected to join the long line of assistant managers who floundered in the managerial hotseat. But the astute defensive tactician has thrived and added an attacking dnyamism that has taken the club to a top-ten finish that was unimaginable last summer.

This could be as good as it gets though for Baggies fans, who are amongst the most ultimate realists in the football world, and will likely spend the summer worrying where on earth they will be without Romelu Lukaku from August. 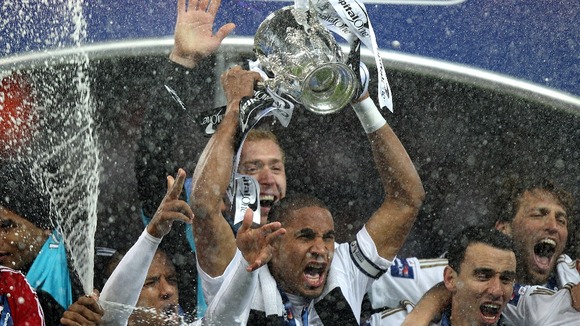 Another team that was expected to finish 10 places lower than they did. Swansea may have been pretty much non-existent in the league in the second half of the season, but they did win some actual silverware.

Michael Laudrup has seduced the nation with his luscious tones, and so too his team with their insatiable appetite for producing joyous football.

The Swans may have won just twice since securing the Capital One Cup, but their season has been effectively over for the last three months, safe in the knowledge that they had secured European football for next season.

Probably the only team in the league who can unequivocally say that they have had a great season. 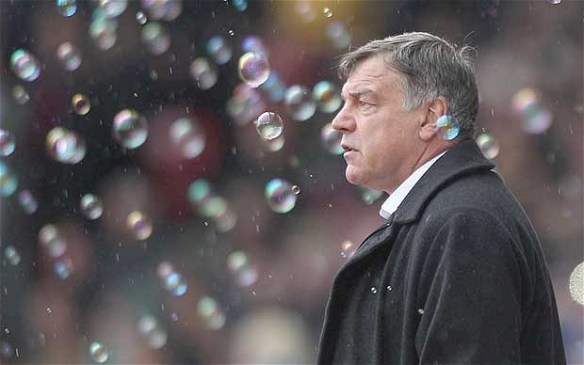 Somehow West Ham have finished in the top half of the table, but given how poor their Premier League form had been in the years leading up to relegation in 2011, it’s certainly something of a salvation.

Although everytime Hammers fans convince themselves they are satisfied with this progression, they are greeted by the grim spectre of Sam Allardyce barking out banal instructions from the sidelines.

The club briefly flirted with the idea of relegation, before losing just two of their last nine games.

With Allardycino having signed a two-year contract extension, Hammers fans can probably expect more of the same – which is certainly cause for misery.