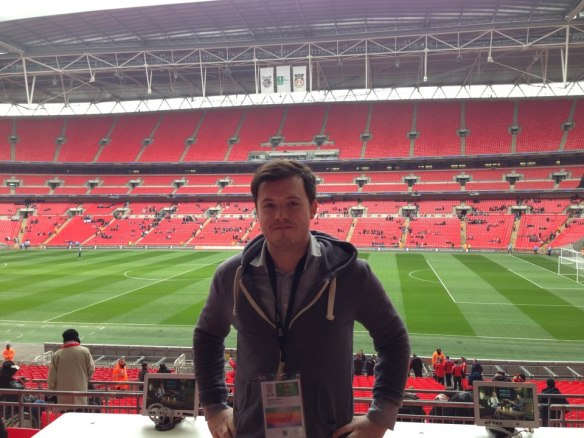 And so in the final five minutes of the 49th league game of their season, Wrexham’s hopes of promotion back to the Football League after a five-year exodus were extinguished. For the third successive year.

A bitter blow, and the sense purveys that this will be the most difficult disappointment to overcome. That became clear in the immediate aftermath – Andy Morrell’s post-match press conference was the most miserable I have ever attended. Brett Ormerod, who had shone with outstanding commitment yet spurned the majority of Wrexham’s best chances, looked devastated and disconsolate.

I remember trips to the Racecourse with my grandpa. I remember going there on my 8th birthday in 1999, decorated by a thumping Gareth Owen header in a 1-0 victory.

I remember a game against Millwall in 2001, when victory would grant the visitors promotion to Division One. The Lions scored in the first 10 minutes, and their fans invaded the pitch.

I remember a League Cup tie against Everton in 2002, and the first goal in English football for a certain Wayne Rooney.

I remember a 3-3 draw with local rivals Shrewsbury Town in 2003, a match that exposed a wide-eyed 12-year old to the vitriol of intense football tribalism.

But, until this season, my forays to the Racecourse in the past decade have been all too infrequent. For that I can blame the riches and irresistible allure of the Premier League, a safe haven to an impressionable youth, but in reality I was disinterested and detached from my local team. 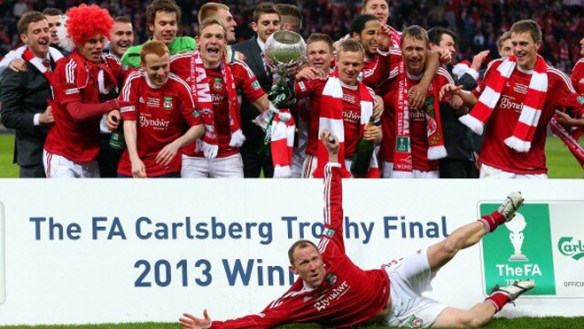 It has been a decade that has seen a vast transformation of Welsh football in this country – Wrexham were then the illustrious name in Welsh football, now Swansea City are set to play European football, and Cardiff City have joined them in the Premier League.

Failure to rejoin the Football League has seen Newport County now overtake Wrexham as the third Welsh club in the English game.

The overriding consequence of a sixth year in non-league football has culminated in a tempest of spite and uncertainty in recent weeks. Last season’s top scorer Danny Wright, on signing for Forest Green Rovers, accused the Wrexham Supporters Trust of offering a new contract that was inferior to his previous deal, an accusation that has been vociferously rebuffed by the club.

Captain Dean Keates has divulged his dismay at being offered just a one-year contract, whilst the future of many other first team performers is shrouded by backstage politics.

This is the business side of football that, as a child, you can not appreciate. Your experiences and attitudes in football are shaped by your memories of the game as a child, where backstage intrigue and financial ruin is an adult’s domain.

In following Wrexham this season, I have rekindled that childhood joy.

I had not been to the Racecourse since the summer of 2007 and a pre-season fixture against Liverpool. Wrexham were still a Football League club then, but were entering the season that confirmed their relegation to the Conference.

I left Wrexham for university in 2009, but kept abreast of their fortunes as much as I could. My time away coincided with the unstoppable rise of twitter, and the football club’s account was my ticket to reconnection.

From a distance I shared the disappointment of play off defeats to Luton Town and temporary jubilation as they led Brighton in an FA Cup third round replay. I knew names, but I still could not identify with the club.

When I began reporting on the club’s home games this season I had little expectations. I made the cardinal sin of assuming a non-league team would play 4-4-2, although Wrexham had been playing 4-3-3 for a while.

But, fortune has been my ally in a curious way, for I have experienced the joy of Wrexham’s most momentous season in its 149-year history. Two historic trips to Wembley, and a promotion push that kept delivering until the final stages.

I was forced to miss the play-off ties against Kidderminster, and I was genuinely gutted. It never overly bothered me during the previous ties against Luton Town, but this year has been so different.

There has been so much emotion, and it has been almost impossible to disconnect myself from the whirlwind. I began the season referring to Wrexham Football Club as a separate entity; I now talk about ‘us’.

I didn’t react to goals, I now clench my fists. It was at Wembley and the FA Trophy Final, and the heartwarming outpouring of emotion when Wrexham triumphed in the penalty shootout, when I fully realised how far I had come, and how much my allegiances had shifted.

I wanted to go to Wembley for myself, from a purely selfish angle. I wanted Wrexham to win the trophy, but not once was that at the forefront of my mind, or did it consume my being like it would any supporter. But at full-time something changed. I felt pride. The symbiosis between the players and supporters was inspirational. They are one-and-the-same, for the supporters own the club. The supporters are the club. This is my hometown. 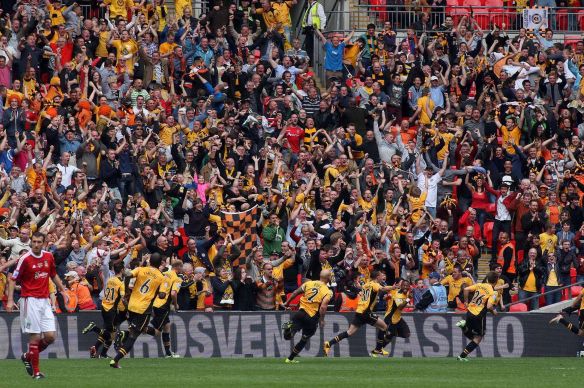 The dejection that met failure in the play-off final was the utter antithesis of the elation six weeks earlier at Wembley, yet the pride remained untouched. The nature of football is to to meet triumph and disaster, and to meet those two impostors just the same.

I felt more pride at the affection that met defeat, than that which met victory.

I have dedicated so much time to my hometown club this season, that an emotional investment is an uplifting result. As the disparity between the Premier League and the rest of football in this country grows ever starker, the non-league stage has exemplified its beauty in the most raw and purest way.