Paddy Spicer Ward offers up an XI of footballers currently in Turkey, who have also played in England…

This team has a number of players that have headed East during the twilight of their careers – no doubt attracted by the stacks of cash – but in the same way it oozes with experience. Along with their Premier League experience, a number have competed at the highest level, played in Champions League finals and even the World Cup Final. Whilst the line up may lack that yard of pace, the old heads in the team and wealth of experience will provide a match for anyone.

Manager: Graeme Souness is one of the few notable managers to coach a team in both Turkey and England, winning silverware in both countries. The European cup winner with Liverpool is most famous in Turkey for starting a riot after planting a Galatasaray flag in the centre circle of the pitch at the end of the Turkish Cup Final, after his Galatsaray team beat Fenerbahçe.

1. Goalkeeper – Scott Carson – The former Liverpool goalkeeper, who also had spells at West Brom and Aston Villa, made the move to Bursaspor in 2011 and continues to be the number one between the sticks for the club from Bursa.

2. Right Back – Emmanuel Eboue – To Arsenal fans, and me when watching him play for Galatasaray, the Ivorian is hopeless at defending and has some of the worst positioning in world football. However, the former Gooner, infamous for being substituted after being brought on as a substitute makes the cut, partly because of lack of other options and party for That Goal against Real Madrid. 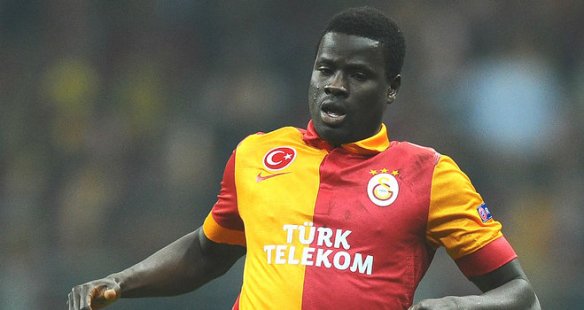 4. Centre Back – Anton Ferdinand – Another of Bursaspor’s rearguard with Premier League experience with a host of teams. Deemed as surplus to requirements by Harry Redknapp at QPR in January this year, Ferdinand moved to Turkey initially on loan. It is yet unknown whether he will remain in Turkey past the summer.

5. Centre Back –  Joseph Yobo – The former Everton defender firstly joined Fenerbahçe on loan in 2010 and had two good seasons, which convinced Fener to sign the Nigerian on a permanent deal in 2012.

3. Left back – Reto Ziegler – Tottenham fans will remember Ziegler’s uninspiring three years at Spurs between 2004 and 2007, including a season at Wigan. The Swiss somewhat recovered his career in Italy, but is currently on loan at Fenerbahçe from Juventus, after being deemed surplus to requirements by the Italian champions.

8. Centre Defensive Midfield – Emre Belözoğlu – The only Turkish player in the team, and therefore my captain. The holding midfielder now plays for Fenerbahçe, after staring his career with Galatasaray and spending his time in England in the North East with Newcastle. One of the many blotches on the character’s career came when he racially abused Didier Zokora, sparking an unorthodox challenge from Zokora. 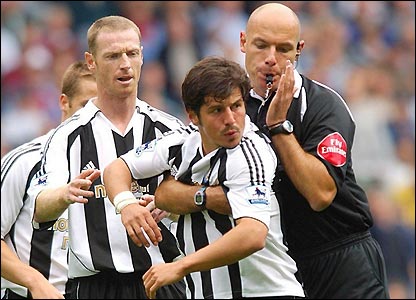 6. Centre Defensive Midfield – Manuel Fernandes – After three seasons on loan in the Premier League during his career, including two stints at Everton, Fernandes has finally settled down in Istanbul. The Portuguese has become a key component of Beşiktaş’ midfield in the past year and there won’t be any language difficulties, pairing him with Meireles in the middle.

11. Right Attacking Midfield – Dirk Kuyt – Mr. Consistent was one of the first names on my team sheet. Kuyt kicked on from his disappointing last season at Anfield, and has quickly become a  cult figure at Şükrü Saracoğlu Stadium. The Dutchman has already netted 15 times for Fenerbahçe in his first full season. 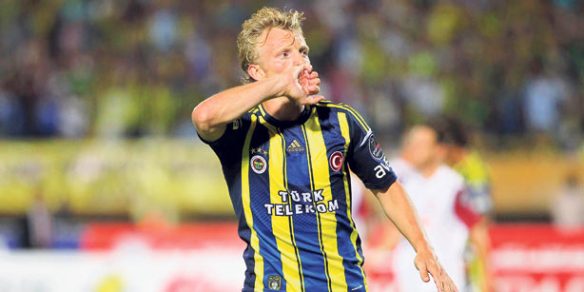 9. Centre Attacking Midfield – Raul Meireles – Cast aside by Roberto Di Matteo after Liverpool for Chelsea last year, Meireles followed former team mate Kuyt to Fenerbahçe last summer. In Turkey he seems to have also found a bit of aggression in him, picking up a red card in the Istanbul derby.

7. Left Attacking Midfield – Albert Riera – Yet another former Liverpool player that has headed East. More commonly deployed at left back for Galatasaray, he still has the ability to beat a man and deliver good crosses which gets him the nod in midfield here.

10. Striker – Didier Drogba – The main man, and spearhead of the attack for both this team and Galatasaray. Undoubtedly alongside Wesley Sneijder the most famous imports to the Turkish league. Both Drogba and Sneijder have actually struggled to find consistency, but on his day he’s unstoppable, as witnessed against Real Madrid. 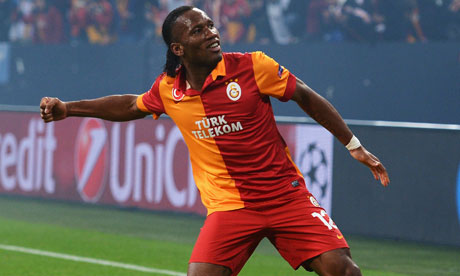 12. Andreas Isaksson – The former Man City keeper now plys his trade with Kasimpasa in Istanbul, but Carson’s consistency got him the nod ahead of the Swede.

13. Johan Elmander – Bolton’s record signing hasn’t fared an awful lot better in front of goal in Turkey than in England, but is cover for Drogba’s ageing legs. 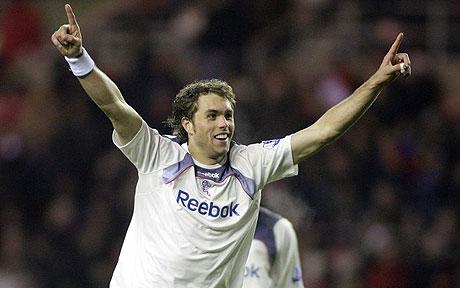 14. Miroslav Stoch – The Slovakian finds himself again on the bench, as he did during him time and Chelsea and increasingly also at Fenerbahçe.

15. Didier Zokora – The third Ivorian in the squad is currently playing for Trabzonspor, after playing for Spurs in the Premier League, and with 106 caps has a wealth of experience. 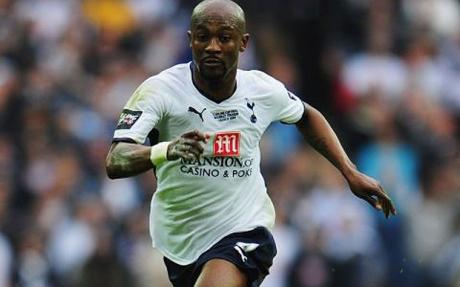 16. Lomana LuaLua – Journeyman LuaLua is now at the tenth club of his career, Karabukspor, and still has a decent scoring record in Turkey.

17. Zurab Khizanishvili – The Georgian appeared for Reading, Newcastle and most notably Blackburn before signing for Kayseispor in 2011.

18. Gretar Steinsson – Bolton’s former Icelandic hard man will provide defensive options on the bench, a teammate of Khizanishivili at Kayserispor.