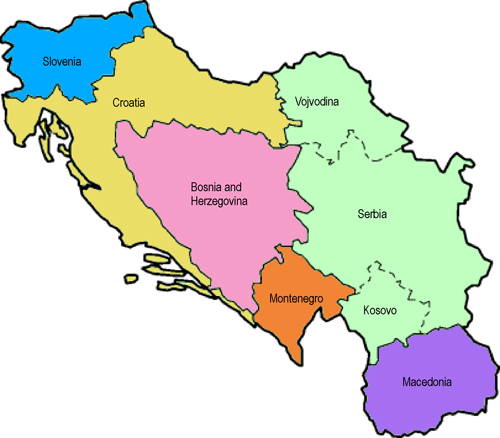 Let’s kick things off with a quick history lesson, shall we? In the early 1990s, the great nation of Yugoslavia was torn apart from within by a series of political upheavals and conflicts and a number of new nations were born. In 1991, Slovenia, Macedonia and Croatia emerged, followed in 1992 by Serbia and Montenegro, and then by Bosnia and Herzegovina in 1998. 2006 saw Montenegro split from Serbia and gain independence and then in 2008, on 17th February, (also my birthday, please address your cards and gifts to Mr Tom Brooks), Kosovo declared itself independent from Serbia.

“But what effect did all this have on football?” I hear you cry. Well, in 1992 Yugoslavia qualified for the European Championships but were disqualified because of the ongoing Yugoslav wars. Famously, Denmark entered the competition in their place and, against all odds, won the thing. Since then, each nation of former Yugoslavia has begun fielding their own team, to differing degrees of success, but what if, for one tournament only, they could put their differences aside and get the old band back together?

Here, arranged in a dashing 4-3-2-1 formation, is what I think the starting XI would be, with the rest of the squad listed below:

Goalkeeper: Samir Handanovic (Slovenia): Previously one of the more underrated, underappreciated ‘keepers in Serie A, Handanovic edges out Asmir Begovic having impressed since making the step up from Udinese to Internazionale in the summer. Also, he has ‘hand’ in his name. That has to mean something, right?

Left Back: Aleksandar Kolarov (Serbia): Kolarov provides pace and ambition marauding down the left side as well as posing a threat from any set piece within 35 yards of goal. He is solid if unspectacular in defence, but is great at getting referees on side.

Central Defender: Nemanja Vidic (Serbia): There’s not much to say about Vidic. He’s arguably the best central defender in the world and the Manchester United captain also takes the armband in this team.

Right Back: Darijo Srna (Croatia): Srna is Croatia captain, boasts an impressive 102 caps for the national team and is the most versatile man in the world, able to play right across the defence and midfield. He remains one of the few players in football to be booked for having the audacity to be elbowed in the jaw. Ouch. 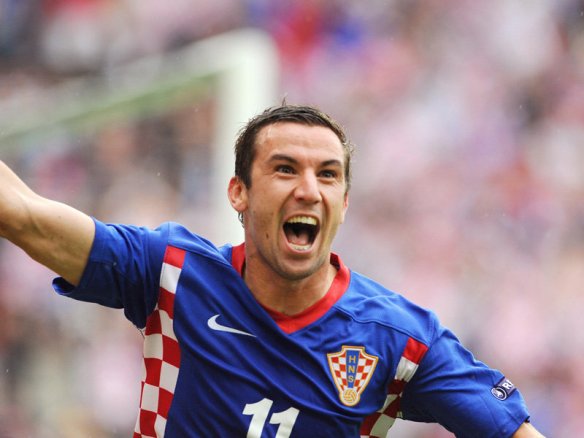 Central Midfielder: Granit Xhaka (Kosovo): Although he has already been capped by Switzerland, the midfielder was born in Gnjilane, Yugoslavia, and would be eligible to play international football for Kosovo. Barely out of his teens, the midfielder has been tipped for great things and his drive and athleticism would be integral to the team.

Central Midfielder: Luka Modric (Croatia): The Croatian schemer made the move from Tottenham to Real Madrid in summer and has not looked out of place in the Spanish capital. His poise, intelligence and ability to control a game make him one of the first names on the team sheet here.

Central Midfielder: Miralem Pjanic (Bosnia Herzegovina): The outrageously talented Roma midfielder can tear a team to shreds with his creativity and vision. He beats Adem Ljajic to a place in the starting XI by virtue of never having been punched in the face by his own manager during a game. 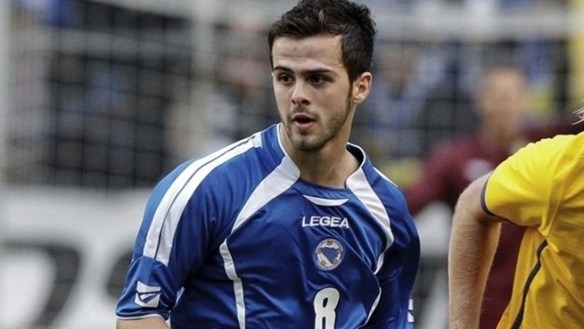 Left Forward: Mirko Vucinic (Montenegro): Montenegro’s first ever captain and goal scorer, Vucinic is capable of winning matches almost single-handed with his devastating combination of speed, dribbling ability and clinical finishing. He’s wildly inconsistent but devilishly handsome and the wearer of a most impressive beard.

Right Forward: Stevan Jovetic (Montenegro): At the tender age of 17 Jovetic was included in the inaugural Montenegro national squad. He has long been linked with a move to a top European club and he can contribute goals and assists from wide or while playing through the centre.

Striker: Nikica Jelavic (Croatia): While Jelavic may not have the all round game to match Dzeko, Mandzukic and Pandev, he gets the nod ahead of his competitors thanks to his unrivalled potency in the box. In a side as creative as this, such a clinical striker would be vital to put away some of the many chances they create.