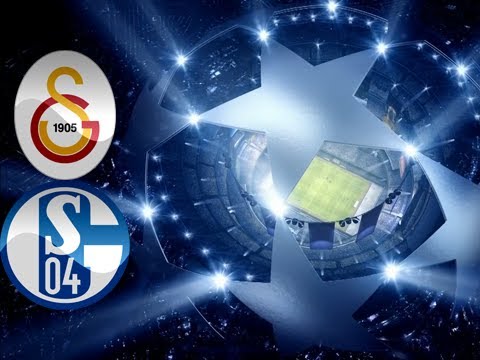 So, is it? Well, that is, I mean to say, other than Porto/Malaga. An unfortunate consequence (if you look at it one way) of the scale of Michel Platini’s little pumpkin is that, alas, you get random teams (that is, clubs which you aren’t used to being continually namechecked or at least mentioned in passing by the domestic sports press) making it out of the group stages, setting up damp squib ties against real teams that ruin the ‘the chaaaampiiooooons’ vibe of the competition, and in some ghastly cases even providing both sides of the matchup. Alas, it’s happened again this year (not once but twice indeed), which is shit. I mean, who the fuck are Schalke? More importantly, what is a Galatasaray? I certainly won’t be watching it, and neither should you.

Except that – and it pains me to concede this – I have not been completely honest here. Those questions I just asked were rhetorical (a Galatasaray is a type of curry, innit), and I just might end up opening up turning on the old illegal streaming site television to set an eye over what goes down. It depends who else is playing at the time – at the time of writing (and editing), I do not recall.

To be frank, it doesn’t really matter what I think anyway, as it’s a hipster tie, and will be receiving attention aplenty. In fact, there’re layers of hipsterdom to it, as it’s not so manifestly hip-sex as Dortmund Shakhtar is/was…at which point enter the hipsters who are hipsters about being hipsters – that is, that it’s just so mainstream to still be caught up in admiration over those clubs. The thing is, this metahipsterity is a dangerous path to follow which can readily, and viciously, turn in on itself and self-cannibalise.

After all, these are two huge clubs coming up against each other (ugh! So mainstream!), regardless of your (that’d be all you hypocrite lecteurs) most-likely-relatively-puny awareness of the fact. I hate spoilers, so I won’t ruin their Wikipedia pages for you, but it’s important to stress that this match is actually a pretty massive deal. Schalke [or Fußball-Club Gelsenkirchen-Schalke 04] has the second highest membership of German sports clubs (i.e. a huge one), a massive stadium and a substantial revenue stream.

Galatasary [Galatasaray Spor Kulübü] has the biggest fanbase of any Turkish club, surprisingly strong revenue (on the rise) themselves, a pretty big stadium (which can be bloody loud), and have won as much as any other Turkish Club too. Neither side has made particularly big splashes in European competition (although Galatasary were the first Turkish club to win anything in Europe in 2000), though I imagine most readers will remember Schalke’s run to the Champions League semifinal a couple of years back, trouncing Inter (at the beginning of their decline) before being trounced in turn by Manyoo.

And therein lies the rub: there’s a secondary layer of significance to this tie – these are both ambitious clubs, in Europe as much if not more so than they are domestically. Over the past few years, both clubs have entered new phases in their recent histories, accompanied by higher spending (and accompanying competition success): Schalke since Felix Magath came in as head coach in 2009, followed shortly by the signings of Raúl and Klaas-Jan Huntelaar, and Galatasaray since 2011, when Ünal Aysal became the main man in the running of the club. 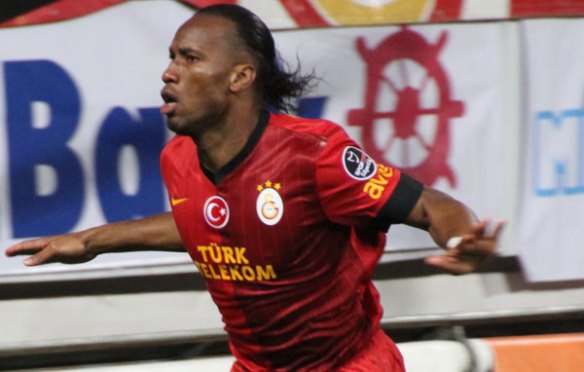 Further to this, both clubs have had relatively high player turnovers for the past year or so as they search for a winning formula, and the most recent transfer windows in particular have been signing heavy (signs of intent: Tranquillo Barnetta/Michel Bastos/Ibrahim Afellay to Schalke, Hamit Altinop/Felipe Melo/Wesley Sneijder/Didier Drogba to Galatasaray). However, both clubs have lost homegrown attacking maestros in January windows (Lewis Holtby we all know about, and the excellent Arda Turan went to Atletico Madrid a year ago).

Where am I going with this? Well, these are both clearly ambitious clubs, but they are also evidently not nearly close enough to the elite to be able to hold on to star players. They’re upwardly mobile, that’s for sure, even if Schalke have hit a bit of a snag this year (they’re currently sitting in midtable). No matter. The year they won the German cup and made the last four in Europe they finished very poorly in the Bundesliga. (In Europe, as we all know, anything can happen. John Terry can be fully clad in his kit to celebrate winning a match he was suspended for. Djimi Traore can be a winner.) These are two clubs looking to make something happen, and irrespective of domestic form have put in some strong performances in this year’s competition. Perhaps they scent opportunity in having been matched to the other, though for sure neither will be taking anything for granted.

The winter transfer window left Schalke weakened (probably. Holtby is class, but Michel Bastos has really hit the ground running) and Galatasaray obviously strengthened, in eye-catching manner too (lucky for them the Turkish tax system seems more or less the opposite of the French). Sneijder may or may not be cup-tied (reports vary and I’m having a bloody hard time working out who to believe), but both he and Drogba are European champions and excellent players.

Drogba has only played half an hour for his new side, but clocked up a goal and an assist and showed an immediate and promising understanding with former club main striker Burak Yilmaz (who at present is second top scorer in the competition, after master trunk neck), slotting adroitly into their favoured 4-4-2 formation. Sneijder (if he can play) is a bit of a headache for the team structure (thus far he’s been used in a 4-4-1-1 for the most part), although coach Fatih Terim has intimated that he sees no reason that the side couldn’t contain three attackers at the same time.

Selcuk Inan, Felipe Melo and Hamit Altinop will most likely all start, and are all hardworking midfielders (Altinop, though he plays wide in the 4-4-2 is comfortable centrally and works just as hard regardless of where he is) who will look to stop Schalke from playing and provide support to their forwards. The main feature of how Galatasaray play is that their wide players spend very little time out wide, with width coming from adventurous full backs (that’d be Albert Riera and Emmanuel Eboue), as well as the strikers working the channels.

For the home leg at the very least I would be surprised to see much variance from this, though it’s interesting to note that both sides have been most successful on the road in Europe thus far this time round, suggesting that Terim might resist the urge to set up differently away for tactical purposes. If Sneijder can/does play, we could see anything really – though I suspect there’d only be two forwards in a game of such magnitude. Yilmaz in such a scenario might be dropped for Drogba with Sneidjer behind him, though it feels like a big risk to me given how little they’ve played together in the side, one perhaps best saved for desperate situations.

Schalke are a little bit more of an unknown in this scenario, as they’ve lost one of the key players of their 4-2-3-1 (with Holtby behind Huntelaar) and replaced him with a different type of player entirely, though a five man midfield seems safe to take for granted. As mentioned, Bastos has started strongly, and along with the likes of Jefferson Farfan, Barnetta and/or Afellay will be trying to provide top notch service for dead-eye poacher Huntelaar (whose form, to be fair, is not really at the remarkable heights it hit last season), as well as making space for the likes of Atsuto Uchida to rampage forward on the overlap. 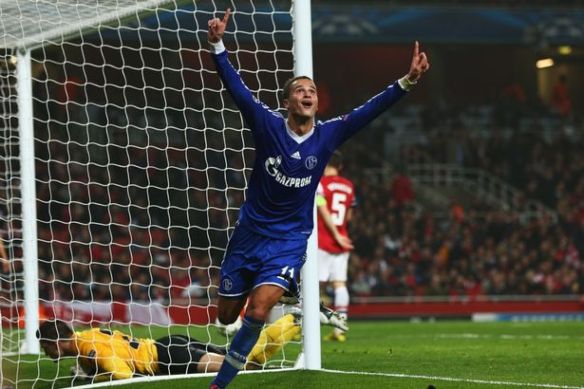 That is, assuming that they’re able dominate the midfield battle and impose themselves on the game, which I’m not so sure will happen. In the end, what it’ll come down to could be Schalke’s ability to cope with the movement of Galatasaray’s attack and then break into the space left by the Turkish side’s full backs. I don’t expect Drogba to necessarily do much in the game, as he’ll probably be receiving a lot of attention.

That’s one of the benefits of marquee signings though: the intimidation factor can help them take men away from other players, and it wouldn’t surprise me if Yilmaz scores again (worth a bet, perhaps? I’ve not checked odds). Though, come to think of it, if Schalke sit quite deep then they may have some pain from Drogba at the end of crosses, so perhaps he will have an active as well as passive impact.

In terms of an outcome, I have no idea. I hate making predictions, particularly for matches rather than season placings. Either way I hope it’ll be the cracking tie that it has the ingredients to be (desire, ambition, incompleteness, new players, familiar faces, unfamiliar faces, Eboue, contrasting formations matching up, mental fans). Sure, it’s very unlikely either team has what it takes to win the trophy, but who cares about winning anyway?

Not I, and I’m an Arsenal fan. It’s simply something that we Brits don’t do (the caring, that is. Sometimes, as with the empire, we can’t help ourselves winning). It’s a shame that my Catalan half has to let the side down, but that’s all right. I don’t give a shit about who wins this tournament, not one. I might revise my opinion if Arsenal do, but I think we all know how likely that is by now.