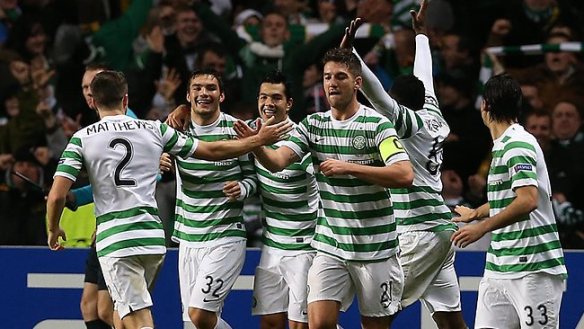 On Tuesday, Celtic will host one of the biggest teams in the world when they take on Italian Champions Juventus in their Champions League tie.

Scott Brown has spoke out about his desire to make Parkhead a European fortress and, on the face of things, it already is; Celtic have won 21 out of their last 23 home matches, not least against sides such as Barcelona earlier in the competition, and will be looking to add to this impressive record with the scalp of the Bianconeri. Historically too, being the home side in this fixture has a profound effect, with the home side winning on each of the last four occasions these teams have met.

Domestically, there is some similarity between between Celtic and Juventus’ seasons. Both are current champions, sitting at the top of their leagues on 55 points each, and they were both knocked out of their cup in the semi-final stage. Yet on paper, and with all due respect, there is an obvious gulf in class between the two.

Juventus boast a midfield that is amongst the best in Europe, with the dynamism of Vidal, artistry of Pirlo and passion of Turin-born, boyhood Juventus fan Marchisio posing a threat to any team in the competition. Celtic and Scotland captain Scott Brown has spoke of his admiration for Andrea Pirlo, and faces an uphill struggle alongside impressive midfielder Victor Wanyama to keep the regista quiet. Neil Lennon faces a tactical headache in this respect; to stop Pirlo, it must be a collective effort to both stop him receiving the ball and to close him down quickly, yet in doing so it will leave space that can be exploited – it will be interesting to see what approach he takes.

A further key aspect of Juventus’ team is undoubtedly their defence. The back three for Juventus have been almost impermeable in Europe, shipping a mere four goals and are a major contributor to Juventus’ undefeated status in Europe. Though losing Chiellini to injury has had an undoubted effect on their league form in 2013, there is a sense that they have steadied the ship and remain the shrewdest defence in Serie A. Chiellini will be absent from the first leg, and so Marrone or Caceres are expected to slot in alongside Barzagli and Bonucci, who returns to the squad following a domestic ban. Juventus are expected to be without Kwadwo Asamoah, following his exploits in the Africa Cup of Nations, so the left wingback role will be given to either De Cegile or January signing Peluso, both of whom have failed to stake a significant claim in the position following Asamoah’s absence. This is a potential weakness that Celtic could exploit, with Juventus looking noticeably susceptible down their left flank in recent games. 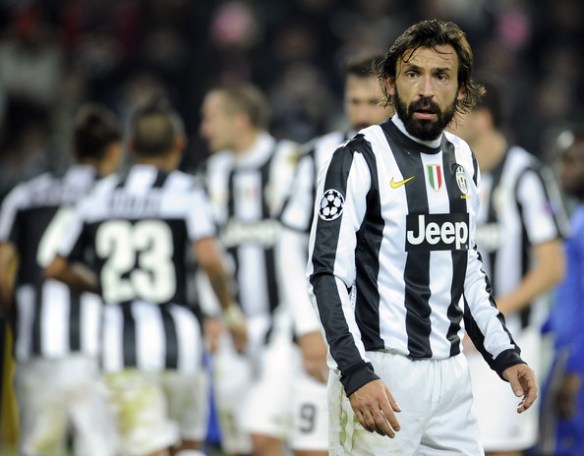 Perhaps what Celtic have over Juventus is a prolific goalscorer in Gary Hooper – a man who, if the papers are to be believed, was a reported target for La Vecchia Signora. The former Scunthorpe striker, who has scored 23 in all competitions this season, continues to be overlooked by England manager Roy Hodgson but firing past Juventus will add to his ever-burgeoning stock and will really send a message to those across the border. Having a player who can score twenty goals a season is something Juventus lack, with Giovinco and Quagliarella unable to find consistency in their scoring. That said, Montenegrin forward Mirko Vucinic has four goals in his last seven appearances, and Alessandro Matri – often mocked by other fans of Italian football – has five in five, so Juventus can take heart from the fact that they go into the knockout stages with strikers in form.

Celtic will approach the game with a strong, physical style of play and Juventus will have to work hard to avoid themselves getting bullied and falling apart. The Glaswegians have attempted fewer passes than any other team in the Champions League this season, so long balls towards Samaras, particularly if he lines up on the right hand side of the front three facing Juventus’ weak left side, could cause problems and could result in the Greek striker adding to his three European goals. Celtic are a team who are experts at winning football games at a domestic level, and no team leads a league by 18 points without being able to play a bit as well. The vociferous atmosphere at Parkhead may at times be a twelfth man for Celtic, so Juventus will look to silence the crowd early and take a win back and a valuable away goal back to Turin with them.

Whether you’re a Bhoy, Bianconeri or neutral, it’s sure to be one hell of a game.