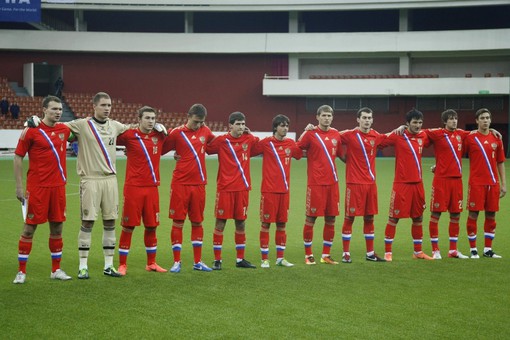 Ahead of Russian Under-21s versus Norway Under-21s in Spain tonight, The False Nine’s Russian correspondent, Andy Shenk, looks at the positive progress made by Russia’s young charges in an important decade for the country…

Yekaterinburg, population 1.3 million, gave Russia’s Under-21s a hearty Siberian welcome last winter, playing host to their final Euro 2013 qualifying matches. On September 6 and 10 more than 17,000 fans roared in approval as the team handled Poland 4-1 and drew with Moldova 2-2 to move top of their group. Several weeks later, in the return leg of their play-off tie with the Czech Republic, the Russians drew 2-2, securing the 2-0 advantage established in Jablonec nad Nisou a few days earlier to advance to Europe’s Under-21 Football Championship for the first time since 1998.

Yekaterinburg proved a perfect host for the team’s final three home matches. Weary of sparse crowds in Moscow’s Khimki Arena, the players and coaching staff raved over the tremendous support at Tsentralny Stadium. The city, meanwhile, welcomed the opportunity to audition for its role as 2018 World Cup hosts and grab an early glimpse of the young footballers expected to form the backbone of Russia’s first World Cup team to compete on native soil.

Yekaterinburg’s own up-and-coming club, Ural, ended the calendar year second in the First Division, primed to return to Russia’s top flight for the first time since 1996. With a modern stadium in the works for the World Cup, the Siberian city’s football fortunes are rising. Local fans hope their club will finally stick on the national scene after only six total seasons in the top Soviet and Russian divisions since being founded in 1930.

The same measure of anxiety and anticipation surrounds the members of Russia’s Under-21 squad. Managed by former Spartak Moscow forward Nikolai Pisarev, the team’s stars – Denis Cheryshev, Aleksandr Kokorin, Fedor Smolov and Nikolai Zabolotny – drew a difficult group at Euro 2013. Germany, Netherlands and Spain, the last three nations to win the tournament, join the Russians in Group A in Israel. Their greater test, however, extends far beyond their Middle Eastern summer. For the next five years they’ll navigate club transfers, nurse injuries and battle for proper playing time, all while shouldering the football hopes of a nation yearning for international respect. 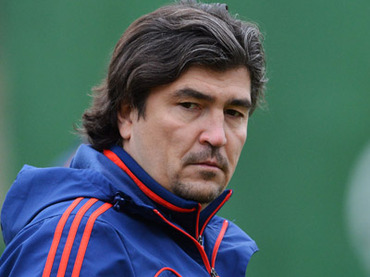 Five years ago, Russia’s golden generation struck bronze at Euro 2008 under the guidance of Dutchman Guus Hiddink. Feted upon their return for the nation’s greatest success since the Soviet Union finished runners-up at Euro 1988, the same band of veteran stars missed South Africa in 2010 and crashed out of Euro 2012 with rumours swirling of incentive ultimatums and sulky attitudes. The new crop of Russian internationals will be given a clean slate by the fans, but pressure to bring respect and pride back to a country obsessed with national pride will steadily increase as 2018 approaches.

For now, however, the exuberance last autumn in Yekaterinburg captures the excitement surrounding Pisarev’s baby-faced roster. 22-year-old midfielder Denis Cheryshev made his debuts for Real Madrid and the Russian senior national team in November after chipping in three goals in eight matches during qualifying for Euro 2013. Dynamo Moscow forward, Aleksandr Kokorin, found time to knock in five goals in three 2011 matches, before moving to the senior team in 2012. Last year, he came fully into his own, scoring 11 times in club competition, in addition to seeing the pitch in all four of Russia’s World Cup 2014 qualifying matches.

Three more Under-21 regulars, Fedor Smolov, Oleg Shatov and Arseniy Logashov, found their way to upstart Russian club Anzhi Makhachkala in 2012. Despite competition from Guus Hiddink’s mix of proven Russian and international talent, the three became regular contributors in Dagestan. Defender Logashov and midfielder Shatov each appeared in 28 matches, while Smolov, a forward, saw time in 19. They’ll gain further valuable experience this spring as Anzhi have advanced to the Europa League knockout phase and Russian Cup Quarter-Finals, while sitting second in the Premier League.

Nikolai Pisarev trusted Rostov second-stringer Nikolai Zabolotny in goal throughout qualifying and the keeper repaid his confidence, allowing only seven goals in 10 matches. Though he only played twice for his club this season, his coach had high praise for his performance in Europe, “He covered for us many times during qualifying. The defenders can sense that Zabolotny is solid in goal.”

Lokomotiv Moscow boast three more contributors, defender and captain Taras Burlak along with midfielders Maksim Grigoryev and Magomed Ozdoev. The three of them, just like Anzhi’s trio, have enjoyed occasional call-ups to Fabio Capello’s senior team, but have yet to win a regular spot there. Meanwhile, they’ve found regular playing time for the Moscow club, which is 8th in the Russia league, but only one point off a Europa League spot.

Head coach Nikolai Pisarev, despite a January flirtation with Volga Nizhny Novgorod, recently received a contract extension from the Russian Football Union through to Euro 2015. He’ll face the biggest challenge of his coaching career over the next five months. Aside from preparing for Germany, Spain, and Netherlands, the 44 year old will need to juggle his roster with several top players available for senior team call-ups. In an unfortunate scheduling twist, Russia opens against Spain on June 6, while Kokorin, Smolov, Grigoryev, Cheryshev and others could all be a continent away in Lisbon, preparing for a vital World Cup qualifying match on June 7 with Fabio Capello.

In the short term, the Under-21 squad meets up with fellow Euro 2013 participant, Norway, on Thursday in an exhibition match in Spain. Several regular contributors will be missing, with Kokorin, Smolov, Grigoryev and Shatov called up for senior team duty in yesterday’s friendly with Iceland and captain Taras Burlak out with a minor injury. 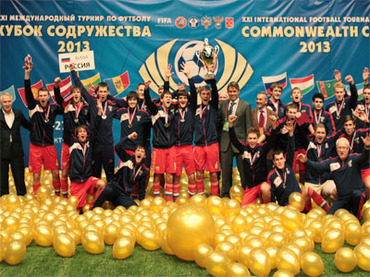 Though Nikolai Pisarev would sorely miss Smolov and Kokorin in Israel, the two leading goal scorers in qualifying, there are younger players itching for a ticket to Israel. A fresh version of the squad, comprised of players eligible for Euro 2015, won the Commonwealth Cup in January. Goalkeeper Miroslav Lobantsev, forward Andrei Panyukov and midfielder Dmitri Kayumov made solid impressions in the competition and the Russia press speculated that some of the members on the trophy-winning team might join Under-21 veterans at the European Championships. For now, only 21-year-old Enisey defender, Aleksey Nikitin, and 20-year-old Lokomotiv defender, Andrei Semenov, earned an invitation to camp in Spain this February.

Asked repeatedly in the press about the team’s final make-up at Euro 2013, Pisarev has kept quiet, “We’ll continue to follow players at their clubs. We’ll only know in May who might bolster the junior squad at the European Championships.” Back in October he also replied diplomatically to questions concerning the availability of his team’s leaders in Israel, “The senior national team is always the priority and I’m pleased that young players have made appearances there…I’m very happy for Kokorin – he’s becoming a leader on the national team…I hope he sticks there; we’ll try to figure out how to play without him.”

Pisarev, much like the roster he cobbles together in four months time, is just getting his feet wet. He’s been publicly open about his mistakes and needs to gain experience as a coach, with a five-year stint managing Russia’s beach soccer team his only prior head coaching gig. His players will be smart to take the same attitude as they plunge into the cauldron of national media attention this summer.

The early signs, however, are positive. Pisarev rates the team’s greatest strength their “strong friendship with one another,” sharing as well that “the guys pull for each other on the field.” The group has made one big step forward already by qualifying for Euro 2013, giving hope to Russian football fans that there is a future after Arshavin, Pavlyuchenko, Malafeev and Denisov. This summer they make their next move. The nation will be watching, eager for more good news in the long build-up to 2018.