This is the so-called Golden Generation of Ivorian football, and it’s little surprise that this is the case given how stacked their squad is with players who have European pedigree. In fact, the only player based in Ivory Coast, and indeed their only player based in Africa, is third-choice goalkeeper Badra Ali Sangare of Séwé Sports, who are the current Côte d’Ivoire Premier Division champions. The rest of the squad has been drawn from teams in Belgium, France, England, Turkey, Germany, Russia, Spain, Netherlands and, of course, China.

Coach Sabri Lamouchi, who is a former French international, is spoiled for choice in most positions. Didier Drogba will be leading the strike force, and Ivory Coast have the luxury of being able to choose from the Eredivisie’s top scorer — Wilfried Bony of Vitesse — and of being able to choose the Russian Premier League’s second top scorer — Lacina Traoré — who made a big money move to Anzhi Makhachkala in the summer. As if that wasn’t enough, queuing up for goals will also be Arsenal’s Gervinho, Wigan’s Arouna Koné and Lille’s Salomon Kalou.

Elsewhere on the field, Ivory Coast’s aging defence includes veterans Kolo Touré, Emmanuel Eboué, and Siaka Tiéné. Anchoring the midfield will be Yaya Touré, who may well be joined by fellow Manchester City player Abdul Razak, the 20 year-old making his first appearance at the tournament.

Although Kolo Touré has tipped Ghana to win, most eyes will be fixed firmly on Ivory Coast. This is the last opportunity for the Golden Generation to prove their status, since many of their key players will be retired by the time of the next tournament. After missing out to Zambia in a historic final last year and losing in 2006 to Egypt, we should be expecting a lot from Ivory Coast this year as they make one final push. 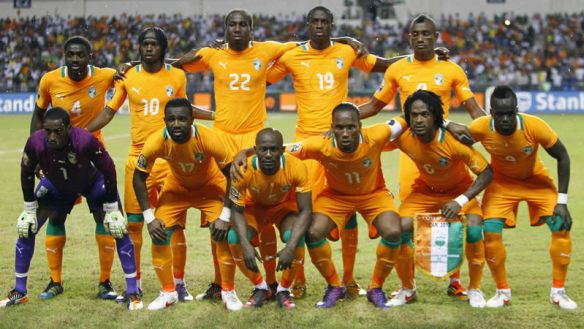 Tunisia’s most recent success in AFCON was in 2004 when they both hosted and won the tournament. With one of the strongest domestic leagues on the continent, manager Sami Trabelsi (their seventh in the past four years) has been happy to draw the majority of his players from clubs like Étoile du Sahel and Espérance, who were CAF Champions League finalists last year and winners in 2011.

Young winger and forward Youssef Msakni, who moved to Qatari Stars League champions Lekhwiya earlier in the month, will be essential to the team. He had 37 goals in 82 games for Espérance over the past few years before his move, and although crucial, is not their only attacking option. Évian’s Saber Khelifa and Issam Jemâa, of Kuwait SC, who has been underwhelming in his club career but prolific at international level—with 34 goals in 70 appearances—will both be bolstering the attack. Surprisingly, young Atlético Madrid winger Kader Oueslati has been left out of the squad.

Algeria, like Tunisia, last won when they were the hosts, back in 1990. Another one of African football’s powerhouses, they also qualified for the finals of the 2010 World Cup in South Africa. They have a healthy mix of domestically-based players and players from Europe, and much attention will be on Valencia’s attacking-midfielder Sofiane Feghouli, who has been awarded two Algerian Player of the Year awards, Le Buteur’s Algerian Ballon d’Or and DZFoot’s Ballon d’Or. Also important in that midfield will be Racing Santander winger Hameur Bouazza and Nottingham Forest’s Adlène Guedioura.

Striker-wise, they’ll be joined by domestically-based Islam Slimani, who plays for CR Belouizdad and already has five goals in his seven international appearances as well as El Arbi Hillel Soudani, who plays for Vitória S.C. in the Portuguese top division. Soudani netted 48 goals in just over 100 appearances for domestically-based club ASO Chlef before making the move to Portugal, and has also been prolific at international level with six goals in nine games.

If Ivory Coast are as dominant as everyone expects them to be, then the interesting battle of Group D will be the fight for second-place between Algeria and Tunisia — two of Africa’s football powerhouses and former AFCON winners. 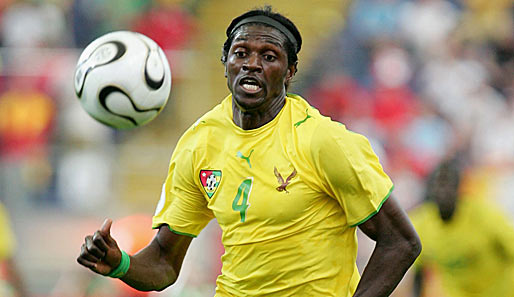 Togo
Togo draws their players from ten different countries, with players based in nations as diverse as Moldova, Vietnam, Cameroon and Slovakia all in the squad. Hopes will have been increased after Spurs striker Emmanuel Adebayor agreed to join the squad, but Togo are still the group’s least likely team to get through to the next round. Togo is a team plagued by problems both on and off the field, and they were forced to withdraw in 2010 after a rebel attack that left two of their players with bullet wounds and an assistant coach and spokesperson dead. Several of their French-based players are worth watching out for, including Reims midfielder Floyd Ayité and Kalen Damessi, a striker who has been prolific in the French lower divisions over the past couple of years.