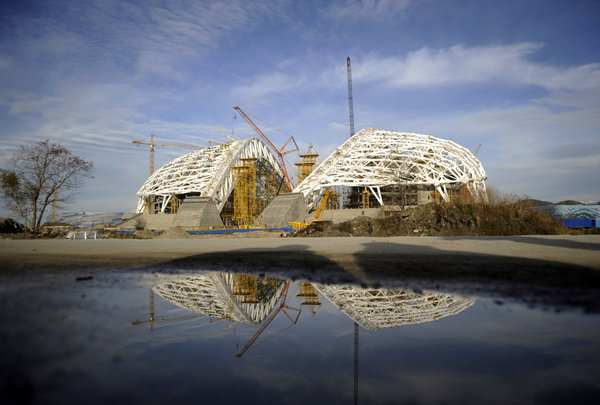 A view of the construction site of “Fisht” Olympic Stadium in the Imereti Valley in the Russian Black Sea resort of Sochi, on December 20, 2012. Sochi will host the 2014 Winter Olympics that start on February 7, 2014 . AFP PHOTO / MIKHAIL MORDASOV (Photo credit should read MIKHAIL MORDASOV/AFP/Getty Images)