With a sense of déjà-vu the African Cup of Nations returns. It seems like it was only last year Zambia ran out as unlikely champions, largely because the Confederation of African Football’s decision to switch the tournament from even to odd years means it was only last year. With so little time to get over arguably the underdog story of 2012, can we really get excited all over again so soon? If the loss of Yaya Toure for crucial Premier League games or absence of the Ba/Cisse partnership from the tournament has dampened your enthusiasm, here are a few reasons to give AFCON another watch.

First it should be pointed out that this is an incredibly open tournament, even by its own standards. As a result of back-to-back competitions, the slightly rushed knockout qualifying format threw up a few surprises: perhaps most notably Cape Verde’s shock elimination of Cameroon. Consequently there will be no Egypt, Cameroon or Senegal in the finals, between them winners of six of the last eight Cup of Nations. While this makes Ivory Coast even more overwhelming favourites than normal, their consistent failure to turn promise into victory means the huge number of teams with a viable claim to be second favourite will feel they have a chance.

South Africa have an excellent chance of causing an upset to the usual order. Without any spectacular players following Steven Pienaar’s retirement from international football, the squad has become built around team unity and organization in a similar fashion to the Zambia side that won last year. Chance creation has not been a problem in the build-up with quick wingers Thulani Serero and Siphiwe Tshabalala compensating for the lack of a true playmaker and it is the indifferent form of Katlego Mphela up front that will worry coach Gordon Igesund. More than anything this is a tidy team in possession and disciplined off the ball, which gives them a good chance of making the most of the perhaps slightly modest talent on offer.

What gives South Africa such a good chance of winning AFCON is that since 1990 44% of winners have been the host nation. This huge win percentage is even more staggering given the organizer’s attempts to move the competition away from the largest footballing nations and outreach to new venues, such Gabon and Equatorial Guinea. Contrast that to zero hosts winning the European Championships and the emotional element of the tournament is clearly a huge factor in the outcome, as Zambia’s euphoric penalty triumph clearly demonstrated. In such an open competition the chance to ease some demons from the 2008 World Cup, and forget the ongoing domestic match-fixing scandal, to potentially win the trophy on home soil in front of a recovering Nelson Mandela cannot be understated as motivation that might make all the difference in the latter stages. If they can get out of a difficult group winning the tournament is not out of the question. 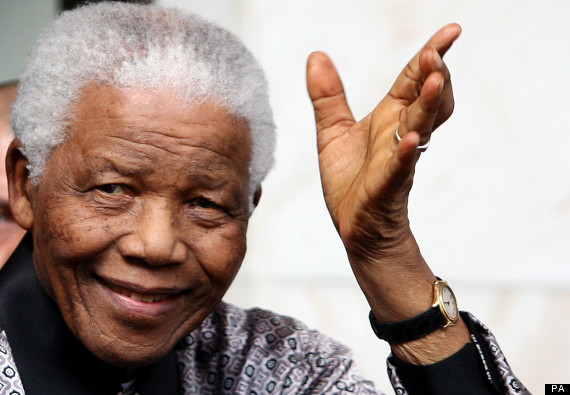 Nelson Mandela: a source of inspiration for South Africa

Other contenders might include Nigeria, a team who only avoid the term “perennial underachievers” thanks to Didier Drogba. An experienced team full of large egos has been massively shaken up by coach Stephen Keshi, dropping the influential but disruptive Obafemi Martins, Peter Odemwinge and Taye Taiwo from the squad and enforcing a stricter regime than some players may be used to.  The new message is that nobody is irreplaceable.

Perhaps it should be noted that he has been able to do this thanks to other attacking options: Shola Ameobi chose to remain on Tyneside but Emmanuel Emenike offers a similarly physical threat and in Victor Moses they have one of the tournament’s most exciting attacking talents.  Speculation is rife that Mikel John Obi has been told that more is expected from him, and given how important he can be to the Super Eagles much could hinge on whether he is able to deliver.  If the new, hard-line approach to coaching proves a success, we might see a different Nigeria team this year.

However, the draw has placed them with champions, Zambia.  Their unlikely rise to success from the death of the entire team in the 1993 plane crash – the result of 19 years of painstaking rebuilding by former player Kalusha Bwalya as head of the football federation – was perhaps the emotional story of 2012 and much will depend on whether they can replicate the same team spirit only one year later.  The overwhelming determination displayed in the past may have taken its toll mentally on the team and Zambians will be hoping that there is enough desire left to avoid “second season syndrome”.

At times, their excellent football has been understated as a reason for success, but organization and pressing were as important as the off pitch narrative last year.  They must be considered amongst the favourites again if they can continue the high-intensity game based on accurate, but direct, passing and lightning-quick transitions that so many more proactive teams failed to deal with.  Herve Renard sets his team up in a reactive and deep 4-4-2, conceding possession to allow a direct threat, so in light of this opposition may allow them the ball more this time round and it remains to be seen whether they can form a more proactive ‘Plan B’.  The real test will be whether they can produce results when this fails through sheer attrition, as they managed in the goalless final against Ivory Coast.

In terms of this year’s underdog story, Ethiopia might be the team to watch in their return to AFCON for the first time since 1982.  The side has no players currently in a professional league and is hugely inexperienced, ranked 110th in the FIFA world rankings, so anything that the team achieves at all will be seen as a bonus beyond the already difficult feat of qualifying.

Perhaps the most they can hope for is to gain some experience at this level for a more difficult 2015 qualifying campaign. Nonetheless, while nobody is suggesting they can emulate Zambia and win the competition, they are expected to be well supported and the team spirit will play in their favour as they attempt to cause an unlikely passage to the knockout stages at the expense of Zambia, Nigeria and Burkina Faso. 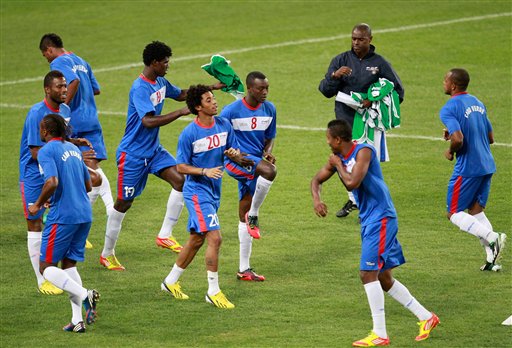 Cape Verde will also be hoping not to finish bottom of their group by upsetting the odds against South Africa, Morocco and Angola. With a tiny population of just 500, 000 spread over the archipelago, a huge effort to take advantage of the large diaspora of emigrants elsewhere in the world has allowed players with Champions League and Europa League experience like Ryan Mendes of Lille and Heldon Ramos of Maritimo to play for the national side through parental lineage.

As a result just one squad member plays in the domestic league, in a huge contrast to Ethiopia’s squad, and it will certainly be interesting which of the two fares better in the next month. While Cape Verde’s rise to 69th in the world rankings from 182nd a decade ago suggests they will cope with the step up better, the lack of common culture and understanding amongst a diverse squad might be a disadvantage compared to Ethiopia’s unquestionable team spirit that was evident in eliminating old rivals, Sudan, in qualification.

Angola of Group A and Burkina Faso in Group C will want to avoid being the tournament’s also-rans. Both are AFCON regulars but lack the quality to seriously challenge for the title itself, so their ambitions are probably limited making a successful quarter final appearance. In particular, both will be keen not to succumb to an unlikely defeat to the two banana-skin teams of Ethiopia and Cape Verde. In a similar position, perhaps Morocco are the team that encapsulate the unique mix of the African Cup of Nations best. Without big names, Adel Taarabt and Marouane Chamakh, in the squad, much will be expected of the young playmaker, Younes Belhanda, to recapture the form that lifted Montpellier to the Ligue 1 title last season amongst a team of relative inexperience.

The contrast of huge name players from European leagues and talented squads from large footballing nations with amateur unknowns and small teams from the lower reaches of the FIFA rankings creates a huge chasm in terms of both quality and attitude in a way that the European Championships will never feature – even with its expanded 24 team format.  Added to this is the poverty, social unrest and hope that football brings to the continent as a hole, resulting in the potential for emotionally fraught encounters and massive upsets.  In the mid season lull before the run in begins and the Premier League and FA Cup reach their climactic final stages, AFCON offers a breath of fresh air and a reminder of how simple the game can be without the media hype.