Ghana will go into the tournament as one of the favourites. The Black Stars have moved up four places in the latest FIFA rankings and have beaten Egypt and Tunisia in pre-AFCON friendlies. The four-time African champions come into the tournament with ringing endorsements by Ivory Coast’s Kolo Touré (presumably trying to downplay his country’s status as the favourites) and even Pele. Ghana legend Abedi Pele, that is, who was part of their winning squad in 1982 when he was just 16 years old.

Coach James Kwesi Appiah, who was somewhat of a surprise appointment in April when he took over, has plenty of talent from both Africa and Europe to draw on. Asamoah Gyan, now playing in the United Arab Emirates, leads a strong team that includes John Paintsil (formerly of West Ham, Fulham and Leicester City), Juventus’s Kwadwo Asamoah, Udinese’s Emmanuel Agyemang-Badu and Dnipro’s Derek Boateng. Michael Essien, Andre Ayew and Sulley Muntari are all missing from what is otherwise a very strong squad. 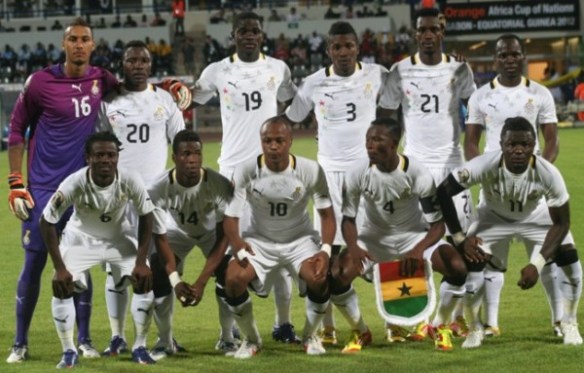 Niger are making their second appearance in AFCON after qualifying for the first time last year. They are in the capable hands of German coach Gernot Rohr, who took Gabon to the quarter finals last year before being sacked. Despite such managerial pedigree, Niger are the definite underdogs in the group, and draw most of their players from throughout Africa. Crucial will be captain and striker Moussa Maâzou who currently plays for Sahel in Tunisia, and who has experience in Europe with Lokeren, CSKA Moscow and more recently Le Mans. They also have one of Africa’s most celebrated goalkeepers at club level in Kassaly Daouda, who won four league titles and was CAF Champions league runner up with Coton Sport in Cameroon.

Mali have been a regular fixture in Afcon over the past decade. Although in 2008 and 2010 they failed to get out of their group, they finished fourth in 2002 and 2004, and in third last year. Former Barcelona midfielder Seydou Keita will lead a relatively strong team that also includes youngsters Modibo Maiga of West Ham and Samba Diakite of QPR, as well as Momo Sissoko who has plenty of experience at European and international level. Sissoko links back up with the squad having shunned them after a poor performance at Afcon in 2010. Injury keeps international veteran and former Real Madrid man Mahamadou Diarra out of the squad, but luckily Mali are spoiled for choice in the defensive midfield position, and will look to draw on Diakite as well as young Lens player Samba Sow.

They’re managed now by Patrice Carteron, who English fans might remember for his spell on loan at Sunderland in 2001. Rather memorably, he scored his only goal in the Tyne-Wear derby against Newcastle.

Mali, along with Ghana, are favourites to get through to the next round. 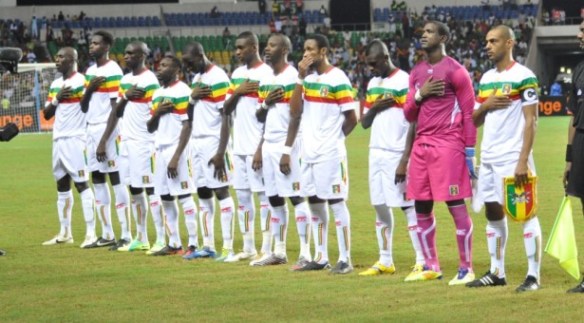 DR Congo’s AFCON build-up has been significantly more tumultuous over the past few days than any other team’s. A couple of days ago, reports surfaced that their coach, Frenchman Claude Le Roy, had quit over an issue to do with player bonuses. But now, DR Congo’s Football Federation is claiming this is not the case, and officials have reassured us that he’ll be in the dugout for the tournament. Le Roy is a veteran of African international football, having led Cameroon to glory in 1988, and has returned DR Congo to the tournament for the first time in seven years. Their last appearance, in 2006, was also overshadowed by financial issues, with players threatening to boycott a match just minutes before it started over the issue of bonus payments.

The turbulent political situation in DR Congo has meant that the development of international football hasn’t been their main priority lately, but Le Roy has, quite amazingly, managed to re-build the squad. Nostalgic Newcastle and Portsmouth fans will be happy at the inclusion of Lomana LuaLua, and Dieumerci Mbokani, one of the Belgian Pro League’s most prolific scorers in recent years—first with Standard Liège and now with Anderlecht—will provide vital firepower. Trésor Mputu, who plays locally for Congolese side Mazembe, and was described by Le Roy back in 1998 as the next Samuel Eto’o, will also be bolstering the attack.

If there is likely to be an upset in the group, it will come from DR Congo, who could conceivably edge Mali for second place.

According to local reports in South Africa, the teams in this group have requested that women not be present in the stadia for their games as they “believe women bring bad luck and are associated with witchcraft”.