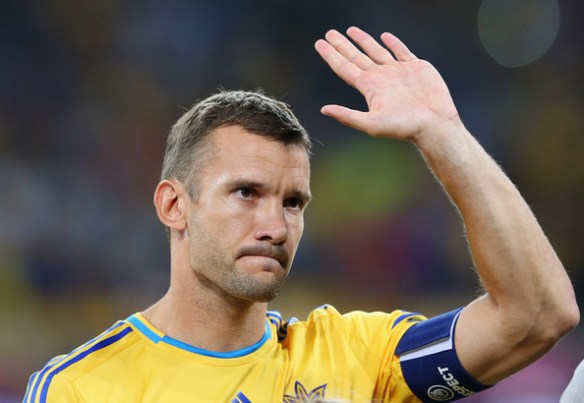 Euro 2012 was a prime opportunity for Ukraine to have the international football media spotlight shined on their tantalising Premier League and the development of domestic football within it during the past couple of decades. Instead, coverage of the country was dominated by explorations, investigations and exposés of racism in their stadia. This is of course a serious issue, and there is naïve hope that the spirited debates generated around the world about racism and the subsequent indignation of fans, the media and official organisations that followed will force change in the future. But the asymmetrical reportage about Ukraine during the tournament that saw racism and concerns about organisation take precedence did little to highlight the healthy state of their domestic league.

A poor showing by the international team at Euro 2012 was capped off by the announcement that Andriy Shevchenko, Ukraine’s football ambassador to the world, would be retiring from football. A campaign whose crowning victory was a solitary win against Sweden did not stand as much of a testament to the progress of development within the country, but there are oodles of Ukrainian talents currently making their home in the Ukrainian Premier League. So, who is likely to take over from Shevchenko as the darling of Ukrainian football?

The dissolution of the Soviet Union also meant the fragmentation of its top football league. The Supreme League, as it was known, gave the newly formed Ukrainian Premiere League its top teams, but they were also joined by a crop of teams who had played in the two divisions below. In the old Soviet top league, FC Dynamo Kyiv had provided the most potent challenge to the dominance of the Moscow clubs, seizing the title thirteen times (a record) and filling the trophy cabinet with nine Soviet Cups. Under the guidance of the legendary Valeriy Lobanovsky, Dynamo Kyiv extended their supremacy to the Ukrainian Premier League, and, attempts to bribe Spanish referees with fur coats aside, their time in the UPL has been littered with success—having equalled the record-breaking thirteen Soviet Union titles they won with a record-breaking thirteen Ukrainian titles. Internationally, they have appeared in the semi-finals of the Champions League, and most recently, in 2010-11, in the Europa League. 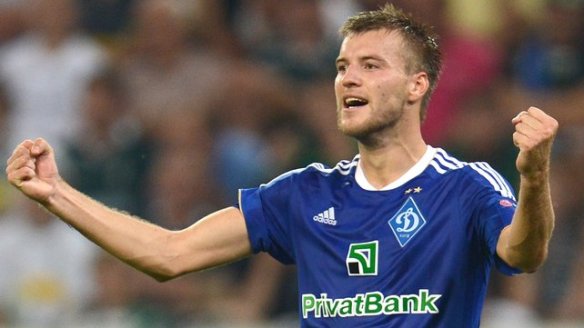 Andriy Yarmolenko – a potential successor to his namesake Sheva?

It is to Dynamo we look for our first possible successor to Shevchenko, in the form of 23-year-old Andriy Yarmolenko. The left-footed forward/winger hybrid was poached from second division Desna Chernihiv, where he spent his youth career. Yarmolenko had a torrid time during his first season at Dynamo, struggling to settle in and even insisting, to the glee of intransigent fans, at one point that “I am not a football player”. Having been touted as the new Shevchenko since he was seventeen years old, a young and troubled Yarmolenko could be forgiven for an existential outburst like that.

But three much more productive seasons later, and Yarmolenko was back on track. Although he was born in Russia, his parents moved back the Ukraine after the collapse, and there has never been any question about his loyalty to the Ukraine. Unlike Shevchenko, Yarmolenko plays fluidly in pretty much any attacking position, but carved out a position in Dynamo’s starting eleven as a left winger after unsuccessful stints as a striker and even a left back. Playing alongside Shevchenko, who by this time had returned from Milan, he improved season after season. Despite this, his 2012-13 campaign has not been the most energised, but hopes are high for the youngster, and he topped off 2012 with a goal against Dinamo Zagreb in the Europa League to seal Dynamo a place in the round of 32, and even with a poor half-season, he managed 15 assists and 10 goals from the wing for the whole year. 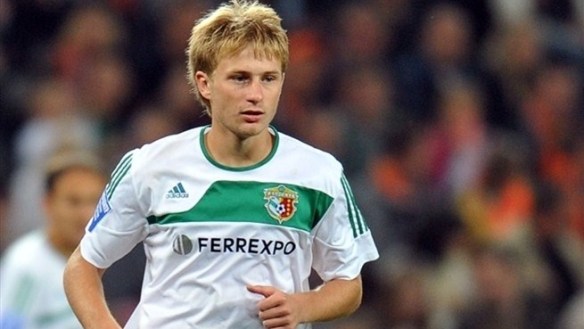 Roman Bezus – another Ukrainian to watch out for

Another talented Ukrainian at Dynamo worth watching is one who is yet to actually play for them competitively. Dynamo are getting used to losing out on the title, and at the halfway point of this season, they are in the familiar position of sitting fourteen points behind league leaders Shakhtar. Attempting to bolster their ranks, Dynamo’s coach Oleg Blokhin has raided FC Vorskla Poltava for their best players. One of them, and one of the Ukraine’s best players, is the versatile 22 year-old Roman Bezus. Bezus was part of the Ukraine’s Olympic side and a regular in the under-21 squad. Moving up the ranks quickly, he has three senior caps under his belt. It was in fact Blokhin who gave Bezus his inaugural cap when he was national team manager, and it looks increasingly likely that he will be essential in his plans at Dynamo. Bezus is equally as comfortable in midfield as he is sitting behind a striker or acting as one himself. His versatility saw him to seven goals and six assists in 33 games for 2012.

FC Dnipro Dnipropetrovsk is a name that gives English commentators nightmares. But it’s another left winger who causes nightmares for Dnipro’s opposition on the field. Dnipro (at that time “Dnepr”) spent the majority of their time in the Soviet football system languishing in the lower divisions. Although they have no titles in the Ukrainian system under their belt, they chug along steadily and have recently made appearances in Europe, finishing fourth last season. They sit in second at the halfway point of the season, and crucial to their success is our third candidate: Yevhen Konoplyanka. 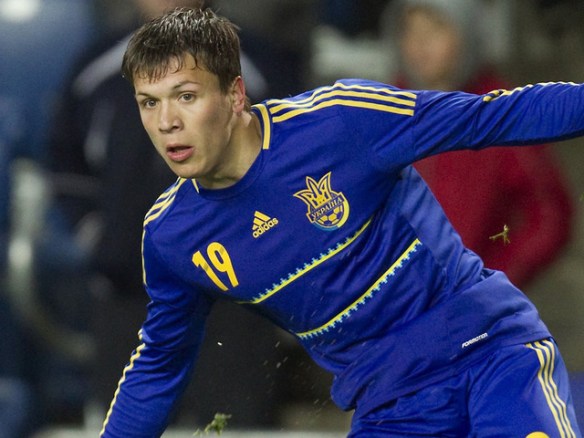 The 23-year-old came through the youth ranks at FC Olimpik Kirovohrad, who are for the most part an amateur side, having only entered the officially-recognised Ukrainian leagues in 2007—after Konoplyanka left—when they joined the third division. With Dnipro since he was sixteen, Konoplyanka made his way through the Dnipro reserves and into their first team in 2007. He developed steadily until 2010 when his reputation began to grow. By then a regular Dnipro starter, it was also the year in which he earned his first international cap. Quick and skilful on both feet, he has a fondness for cutting inside and linking up with forwards. With 11 goals and 11 assists for 2012, it’s not surprise Dnipro want to hold on to him. Their coach, Juande Ramos (formerly of Tottenham Hotspur, CSKA Moscow, Real Madrid and a host of other Spanish clubs) values Konoplyanka at a fat minimum of 50 million Euros.

It is a compelling testament to the quality of football in Ukraine that I spent almost as long trying to narrow down the list of players I would include as I did both researching and writing this portion of the article. It is no accident that I have diligently excluded non-attacking players and wrapped the crux of this section around finding ‘the new Shevchenko’, which I readily admit is a rather superficial device. But such is the choice of promising talent, that without such a distillation, one would be writing this article for the rest of the season.

One thought on “The Future of Ukrainian Football – who can replace Andriy Shevchenko?”