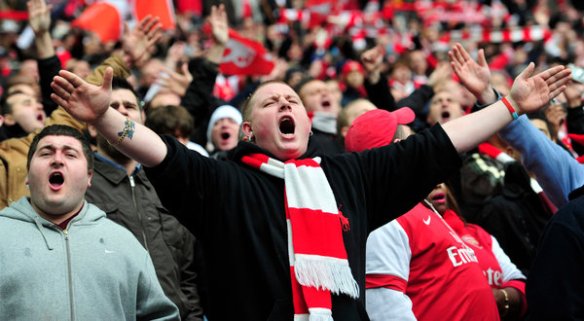 Opening track ‘Wouldn’t it Be Nice’ has stood the test of time, whilst ‘God Only Knows’ remains arguably the greatest love song ever written.

An utter shame then that another of Brian Wilson’s greatest works, ‘Sloop John B’, has been reduced to a device for mud-slinging on the terraces. A cover of a West Indies folk-song about an old sponger boat whose crew got notoriously drunk whenever they made port, it is a delightful ditty so far removed from its bastardised reincarnation, warped as it is now through the voices of thousands every bloody week.

It’s got to the stage where you’d actually consider trading the entirety of The Beach Boys’ back-catalogue just to rid football of that infernal racket.

So who do we blame for this bordering-on-treasonous thought?

Liverpool fans were the first to popularize the Sloop John B chant in the aftermath of their fifth Champions League triumph in 2005.

Then Phil Brown happened; in what was only his second most infamous pitch invasion of the 2008-9 season.

Not content with his ridiculous perma-tan, ludicrous head-set or various wardrobe malfunctions, the then Hull City manager strode out on to the KC Stadium turf, grabbed the nearest microphone and belted out a modified version of the Beach Boys classic. 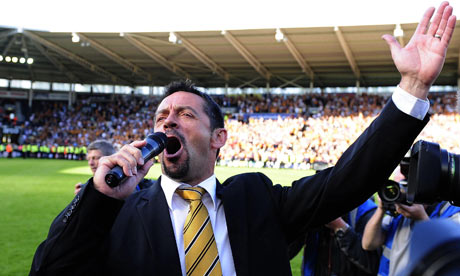 Brown, drunk on hubris, bellowed that his first season of management in the Premier League had been ‘the best trip he’d ever been on’. A run of 15 defeats in their final 21 games, including just a solitary victory which saw the club survive by one point, would say otherwise.

Phil Brown’s utterly self-defeating karaoke turn was farcical, yet genuinely hilarious. More because we were laughing at the Geordie, than celebrating Hull’s miraculous survival after one of the most dismal self-implosions the Premier League had ever witnessed.

After Phil’s brief spout of narcissism ‘Sloop John B’ retreated back to the record stores… until Robin van Persie began scoring goals when he wanted to.

Even that was funny, and mainly because it possessed an element of truth. But it was sung in celebration of the Dutch international’s extraordinary feats on a football pitch, during a season that saw him score 38 goals.

Yet in that same season football was undergoing a period of soul-searching. Vitriol in the stands mirrored that which was splashed across the back pages. Football fans up and down the country grew tired of Robin van Persie scoring when he wanted, and ‘Sloop John B’ took a more vindictive tone. It has been doomed since.

Almost overnight, the chant mutated into a hybrid version of itself. It’s now gone too far; it has both outstayed its welcome and become a parody of itself.

Now it is an endemic. It breeds across the landscape of English football stadia and leaves none alive.

It’s the perfect chant for the unimaginative fan; a tune that only needs to awaken one section of the crowd before the rest are, to use commentary jargon, singing from the same hymn sheet, warbling in monotonous unison.

Given its universal usage can it even be regarded as simply a ‘chant’ anymore? Surely it’s only a matter of time before Sky Sports adopt ‘Sloop John B’ as the theme to its Premier League coverage, just to give the ‘banter’ of it all even more ammunition.

Original and humorous chanting was the badge of honour for clubs in football’s heyday. But just as the national sport has become increasingly sanitised in the 21st century, so has the originality of its chants.

4 thoughts on “Kick ‘Sloop John B’ Out of Football”