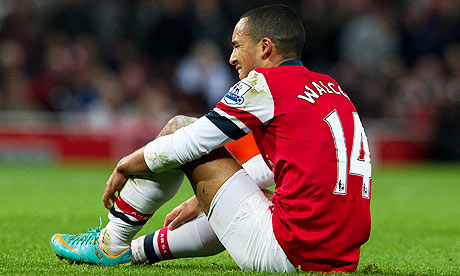 The cases of Theo Walcott, Daniel Sturridge, Demba Ba and Luis Suarez have all recently illustrated both an insistence by supporters that these types of players are often wasted wide. More importantly, the players themselves seem to agree.

Why is this the case? One answer can be found in how we understand their roles on the wing. Television punditry continues to tell us that a 4-3-3 employs a “lone striker” up top, as opposed to the striker partnership we allegedly all secretly crave a return to. This is not the place to get into a technical debate about the difference between a 4-5-1 and 4-3-3, but if we think of them as the same thing the two wide attackers in a 4-3-3 become wingers in the traditional, Pulis-esque sense.

Basically in the Premier League we like to count on our wide players to beat their man and get a cross in and we like our forwards in the middle to get on the end of them, or certainly Alan Shearer does. Unfortunately this means players like Sturridge have an identity crisis – which of the two boxes does he fit in?

I would hazard a guess that Sturridge would not be a subject of positional debate if he had grown up in, for example, Spain. Neither is he a winger or a striker, he clearly occupies the grey space between. This is not only acceptable, but highly useful: an adaptable player who can drift from the channel to the flank slots perfectly into Brendan Rogers’ system.

Pedro is a great example of a player who uses his pace to get in behind but isn’t necessarily expected to either beat his man with the ball at his feet or get about the box. The difference is of course that the continental model, the 4-3-3 we now try to emulate ourselves, accepts these wide forwards as part of a front three. England on the other hand retains a classic stiff upper lip mentality where 4-3-3 is just the Dutch name for playing “one up top”, the modern jargon for five-man-midfield. To us, two of the front three are just wingers. 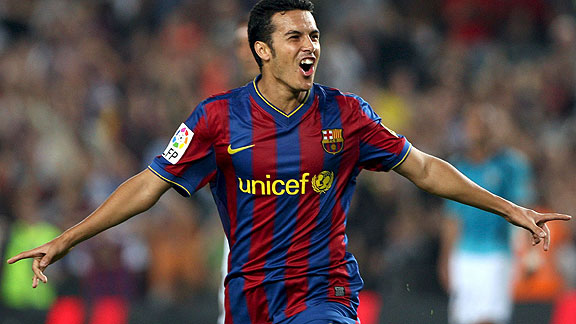 It’s a shame, because this bipolar understanding has clearly stifled Walcott in particular. Heir to Henry’s shirt, he clearly sees himself as a centre forward and the longer his contract negotiations rumble on, the more his acquisition of this role seems more inevitable.

The narrative of Henry’s transformation from a winger to a striker is as well known as it is exaggerated. Certainly he altered his positioning and often occupied central positions as the line leader, but as a very specific type of striker. What I mean is he did not become Alan Shearer.

Is Walcott strong enough to be the lone striker? Can he improve his hold up play? Does Sturridge have the right mental characteristics to fulfil this role? These are the sorts of questions we are bombarded with over these misfit players. It isn’t that they are unworthy questions, there are certainly aspects of truth in all three, but it does miss the point somewhat. How many headers did Henry win?

Alongside the more central Bergkamp, he often drifted wide to use his pace on the counter and was adept at working the left channel. With the pacey Freddie Ljunberg on the right wing it isn’t such a stretch of the imagination to call this a lopsided 4-3-3, despite it being listed as a 4-4-2 on the team sheet. Nonetheless, the unrelenting media gaze has long insisted that Walcott develop into one of two clearly definable categories, and the time constraint of the contract saga is the catalyst to finally determine which it shall be.

Sturridge is another anomaly to the English dislike of the unspecifiable position. Used as a wide forward rather than a true winger, he was instructed to stay high and not track back under his best Chelsea spell, the Andre Villas-Boas era. Despite his stellar half season there he still sees himself as a central striker, so his arrival at Liverpool creates somewhat of a selection headache for Rogers. 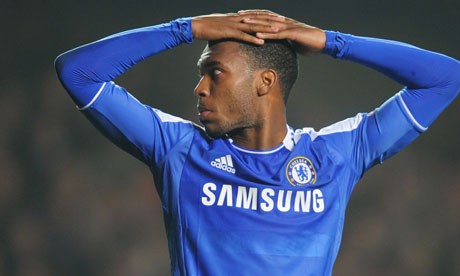 One of Sturridge or Suarez will need to occupy the right flank of the front three, and while Suarez has excelled their this season in adding goals to his undeniable trickery, it is Sturridge who has the better chance conversion rate at 15%. I for one hope that the inclusion of both in the same side will shake up the tired and outdated terms used for the positions a little, because both players have shown that they can play as a wide striker, scoring goals and creating chances.

Suarez in particular has provoked a degree of hysteria about the “gamble” of moving him out wide: surely positioning him where he has had the most prolific season of his career  – at Ajax – and continues to score a number of goals for Uruguay is hardly a gamble?

But of course that would involve us all waking up to the notion that a wide forward is not necessarily the same thing as a good old 4-4-2 Matt Jarvis-alike. Fortunately Suarez has repeatedly proven himself to be out of touch with the English fans and media during his stay at Liverpool, so presumably he can recreate the role without succumbing to the pitfalls of our minimal English understanding.

It remains to be seen whether Liverpool will be able to work Borini into the same side on the left, or whether the cutting inside whoever plays on the right will inevitably do – Stewart Downing – might necessitate a player more comfortable with chalk on his boots. Raheem Sterling’s importance could be underlined once again.

It’s a shame that none of these players enjoy playing wide because if done correctly they can be devastating when deployed there. The fact that it has been a large issue in Walcott’s contract, Sturridge’s transfer and Ba’s incompatibility with Cisse demonstrates the strength of feeling the three have over the issue. 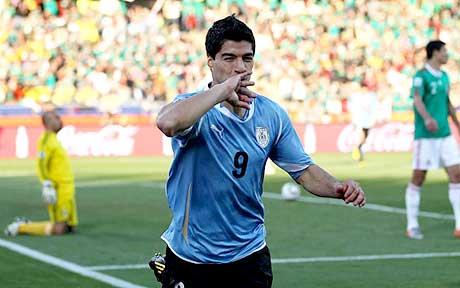 I can’t argue with the logic behind the decision; all have proven their credentials to be selected there in the past and certainly none of the three are going to have a successful spell wide in a 4-4-2. But I do find it perplexing that some of the best wide forwards (from an admittedly shallow pool in comparison to other major leagues) are so desperate to change position while so few central attackers express a desire to play wide.

Admittedly there is a degree of glamour involved in the switch, but surely the atmosphere of the supporters has played a large factor. The message at Arsenal has certainly become “Theo, it’s time to learn to cross or learn to score” and given that ultimatum there really can’t be any surprise in his desire for a central role.

So is the wide forward destined to a life of partial acceptance in England? For now it seems so. The media obsession with the striker in the traditional poacher sense has created a debate about whether wide forwards can develop into this or instead become wingers. Players like Hulk on the other hand, so long admired by Chelsea, are understood to be strikers even when deployed wide with such regularity. Until this dialogue changes it seems the Walcotts of this world will have to conform to a specific model rather than develop into something else naturally.