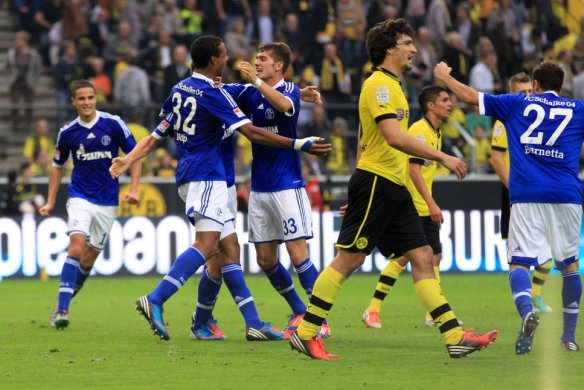 There’s a lot to ask from Borussia Dortmund’s manager Jürgen Klopp this season. Defending the title Bundesliga for the third time in a row, defending the league cup title and establishing the team properly in Europe has unfortunately been a tall order for him so far. European successes have been outweighed by domestic misery, and the loss of Shinji Kagawa to Manchester United in the summer served as an ominous reminder that with the right money it is possible to pull apart Klopp’s well-crafted squad. Luckily, Marco Reus arrived from Borussia Mönchengladbach to replace Kagawa, but this season in the Bundesliga they have been left chasing an imperious Bayern Munich, and faltering where they didn’t last season.

Dortmund are sitting uncomfortably in third, with surprise package Eintracht Frankfurt hot on their heals and boasting an equal amount of points. Bayer Leverkusen in second are visible in the distance with only three points more, but the real problem is that Bayern are 12 points ahead of them. Injuries haven’t been too kind to Dortmund this season. Mario Götze, Jakub Blaszczykowski, Ilkay Gündogan and Marcel Schmelzer were all missing for the Revierderby against Schalke, leading Klopp to play a bizarre 3-3-3-1 formation. Dortmund fell victim to Schalke’s potent wingers, and all that remained for Klopp to do was take responsibility for the tactical blunder. Dortmund came undone to Hamburg early on in the season to end their 31 unbeaten run, and also dropped points against newly-promoted sides Eintracht Frankfurt and Fortuna Düsseldorf.

But injuries, at least in theory, shouldn’t have been too much of a problem. In the Champions League a young Borussia Dortmund half B-team managed to beat the English champions, and with youngsters like Julian Schieber, Leonardo Bittencourt and Moritz Leitner blending well into the first team whenever they play, Dortmund look to have at least some of their crucial positions covered. The rest of the season for them will be about dealing with the areas that aren’t stable, especially as they juggle the Champions League with their domestic obligations.

Borussia Dortmund fans need no reminding of their poor showing in Europe last year. Thrown into the ‘group of death’ this year, the German Champions found themselves having to slay the Champions of England, the Netherlands and Spain—and one could easily forgive pessimism on the part of any Dortmund fan pre-season. They sit in a completely different position now, carrying the scalps of Real Madrid, Ajax and Manchester into the next round as they prepare to face Shakhtar Donetsk. And if Klopp can stabilise his squad and avoid further injury to key players, then there is a real chance Dortmund can go far in Europe this year. The signing of new contracts by Neven Subotić and Sven Bender has provided a much-needed mid-season boost. 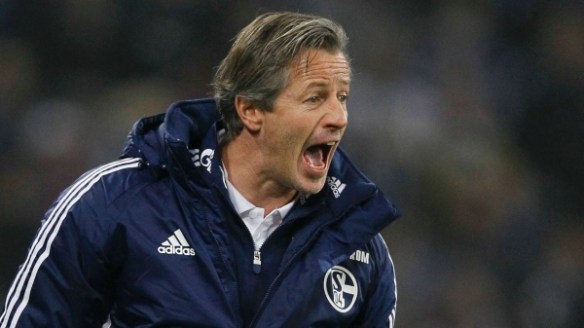 Schalke, like Dortmund, have performed well in Europe, but their league performance has been comparatively dire. Schalke’s misery has been compounded by the sacking of manager Huub Stevens last month and the loss of Lewis Holtby who will depart on a free to Spurs at the end of the season. Schalke are currently in seventh place, but are on equal points with both Stuttgart and Borussia Mönchengladbach. Luckily, the points are close, and only five separate Stuttgart in ninth place with Dortmund in third.

That Stevens had to go is understandable. Schalke have relied too much on their wingers this season. Jefferson Farfán and Ibrahim Afellay (currently on loan from Barcelona) are both great players, but when they don’t perform Klaas-Jan Huntelaar is starved of service. Schalke’s attack was weakened significantly with the loss of Afellay to injury in November, and they are now having to deal with the fact that he might be out for even longer after picking up another injury while training during the break.

Jens Keller, appointed as manager after Steven’s dismissal, will want to focus on diversifying his attack. Before taking over at Schalke, Keller coached their under-17 side. Promoting someone to head coach internally suggests that Schalke are still on the hunt for a new manager and that Keller will move back down the ranks whenever they find someone.

Schalke will have to cope with the shaky managerial situation for the reason of the season, and simultaneously hope that their underperformance doesn’t open to door for clubs to start raiding them for their promising young players. With Holtby already on his way out, Schalke will need to hold onto the likes of Kyriakos Papadopoulos, Julian Draxler and Joël Matip if they plan on continuing their success from last year. They have received a huge boost from the fact that Huntelaar has penned a two-year extension to his contract, and will be hoping more of their players do the same. 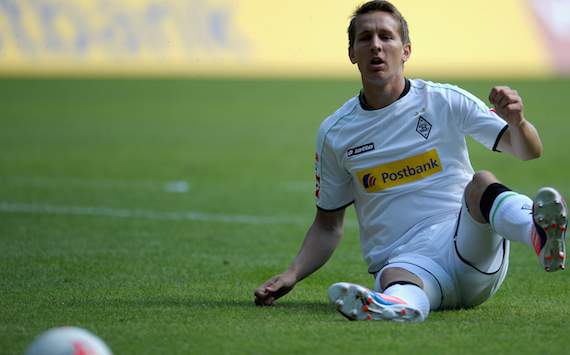 The narrative that has emerged so far from reviewing the two of last year’s top Bundesliga performers above also extends to Gladbach. Finishing in fourth last season, they were widely regarded to have one of the best defences in the league.  On top of this, Marco Reus provided plenty of skill going forward. Things couldn’t be worse for Gladbach now, though. Sitting eighth in the table, the summer transfer window was unkind to them. Despite spending big to bring in hyped-up young Dutch striker Luuk de Jong, Atlético de Madrid centre-back Álvaro Domínguez and young Swiss midfielder Granit Xhaka, Gladbach have not managed to patch up the holes left by the loss of centre-back Dante to Bayern Munich and defensive midfielder Roman Neustädter to Schalke. Both were essential last season, and Gladbach have already conceded more goals in half a season than they did they did for the entire season last year. A tough Europa League tie against Lazio awaits them in February and the German side will have their work cut out if they are to progress any further in the competition. 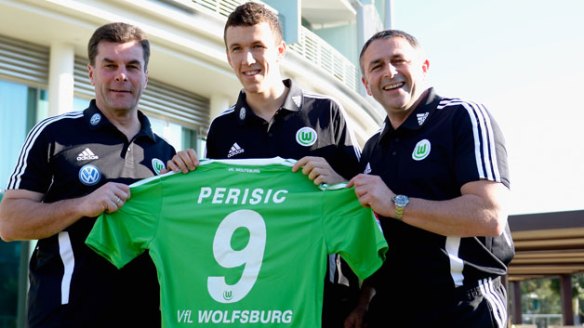 In a recent interview, Wolfsburg’s largely unused Polish midfielder Mateusz Klich went into detail about Felix Magath’s insane training regimens and methods. Apparently, Magath sent players to Villach and made them run on the ski jumping slope, and it’s not too hard to believe given the reputation Magath has in Germany for strict and intense training.

A modest eighth-place finish last season looked to be the start of a promising ascendance of the big money club who are bankrolled by Volkswagen. But Magath’s transfer strategy seemed to stress quantity over quantity, resulting in only one senior signing in the summer. Bas Dost, who found much success with SC Heerenveen in last year’s Eredivisie, was meant to serve as a replacement for Mario Mandžukić , who was sold to Bayern in the last transfer window. Dost is far from the complete striker that Mandžukić was, but after Magath was sacked, he seemed to find his feet under interim manager Lorenz-Günther Köstner.

The rest of the season for Wolfsburg will be about re-establishing the rhythm that allowed them to perform so well last season, but it will be no easy job for Dieter Hecking who has left his job at Nuremberg to take over permanently at Wolfsburg. He’ll have to deal with both a potential relegation scrap—as Wolfsburg sit just one place above the relegation zone—and also with a bloated squad, consisting of mediocre players and Magath impulse buys.

One thing that will be interesting is whether or not Hecking will comb through the masses of players sitting in the Wolfsburg academy, on the bench or out on loan to try and fix the squad. The young South Korean-international midfielder Koo Ja-Cheol, who has been on loan at Augsburg all season, looks promising, and it would benefit Wolfsburg to have him back in the squad. Hecking appears to be going to other way, though, and looking to the transfer market to bolster the team.

Already during the transfer window, Wolfsburg have tempted midfielder Ivan Perišić from Dortmund, where he was largely used as a substitute. This kind of signing bodes well for Wolfsburg, and such a targeted signing of an established Bundesliga player with international experience will be a welcome change for Wolfsburg fans from the mass buying of developing players by Magath.