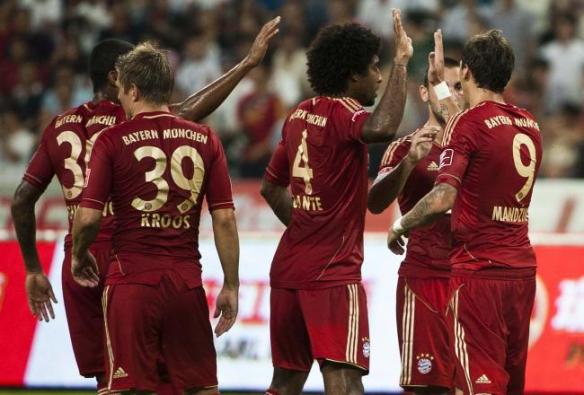 However, they kicked off the season with a statement of intent: a victory against Dortmund in the Supercup. Half a season and 44 goals later,  Bayern have incurred just one league loss, and sit nine points clear on top of the table having made their best ever start.

Although they can boast the best attack and defence in the league (having conceded just seven goals in 17 matches), Bayern’s back four is not without chronic problems. Enlisting Dante, the big Brazillian who anchored the line for last season’s defensive-stalwarts Borussia Mönchengladbach, has brought some stability.

But despite this, the loss of Rafihna, Diego Contento and young David Alaba to injury in the early part of the season meant that German international Holger Badstuber, who usually plays as a centre-back, had to move into the right-back position. Unfortunately for Badstuber, just a few games after returning to his natural centre-back position to partner Dante, he picked up a cruciate ligament injury that will see him out for the rest of the season. 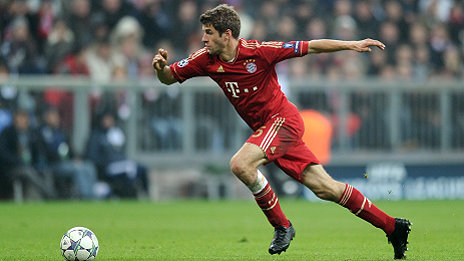 Coach Jupp Heynckes goes into the second half of the season with Badstuber his only missing first team player, as injury- and form-troubled winger Arjen Robben returns from a long absence. Robben came off the bench to produce a couple of assists in Bayern’s pre-season friendly with Qatari champions Lakhwiya, and one of the interesting sub-plots for the remainder of the season will be whether the Dutch international can oust Thomas Müller who has replaced him on the right wing for the majority of the season.

Müller has been as stellar for his club this season as he has been for the national team over the past few years, and it’ll take more than a couple of assists in a friendly for Robben to cement his place in the starting eleven. Those who didn’t follow Bayern last season can get a taste of his performance in last year’s campaign by recalling his erratic displays for the Netherlands at Euro 2012.

When the defining moments of your season are leaving the field in a strop after your national team are defeated by Denmark and missing a penalty that could have won your team the Champions League, then you know you have a lot to make up for in the next season.

Robben owes a lot to Bayern fans, but with injury, inconsistency and Thomas Müller in his way, it’s difficult to predict whether he’ll be able to pay his debt. 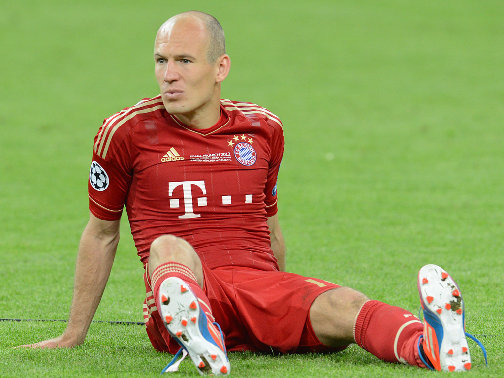 On the other wing, Bayern’s dominant start to the season has paralleled Franck Ribéry’s. Usually able to be relied upon for crossing and cutting-inside to assist, Ribéry has been inconsistent in the past, but this season has been a genuine game-changer. The same can be said for young German international Toni Kroos, who along with Badstuber and Jerome Boateng was often scapegoated as one of the weaker members of the team in previous years.

But at his best—which is to say this season—Kroos is a versatile play-maker who is as equally at home hassling a Doppelsechs as he is at conspiring with Ribéry and Müller to mutilate the organisation of an opposing back four. Defence-splitting passes are also part of his repertoire, and he’s never shy on his own defensive duties either, which is just as well with a deep-lying play-maker like Bastian Schweinsteiger sitting behind you.

Schweinsteiger’s campaign in the 2011/12 season was cut short by injuries and underperformance upon return. He’s been back consistently this season and, although not back to his best, his experience in the holding midfield and his ability to create chances has been warmly received.

Sitting beside Schweinsteiger is Javi Martínez. The 24-year old Spanish international, who arrived in the summer from Athletic Bilbao as the most expensive player in the Bundesliga’s 50 year history, has been tepid at best. The prospect of having a world-cup winning defensive midfielder who can also play as a defender is certainly an enticing one, but Uli Hoeneß will be questioning whether €40,000,000 was a fair deal for the Spaniard. 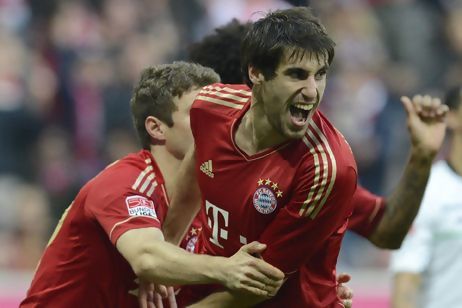 His progress in the opening weeks of the Bundesliga was stalled somewhat by the fact that he was not allowed to train with Bilbao in the pre-season after Marcelo Bielsa became aware that the club were likely to be involved in a protracted transfer saga over his signature. Despite this, he has looked better in recent weeks, but living up to the reputation of the Bundesliga’s most expensive ever player is no easy task – just ask a younger Mario Gomez.

Another sub-plot is whether or not Mario Gomez will replace summer arrival Mario Mandžukić when he returns fully from injury for the first match day of 2013. Gomez, as one of the DFB’s poster boys and Bayern’s top scorer for two years in a row should be the obvious choice, but Mandžukić has eleven goals in 21 appearances, and offers himself as a more complete forward than Gomez. There isn’t room for both of them in Bayern’s 4-2-3-1 formation, and both have the ability. Whatever happens, barring any sort of injury apocalypse, Bayern are spoiled for choice in the attacking department.

Progress for Bayern is not just on the field and training ground this season. Behind the scenes in the summer, Matthias Sammer replaced Christian Nerlinger as Bayern’s sporting director. Sammer, who was part of the Borussia Dortmund squad that won the Champions League in 1997 and who managed Dortmund in 2002 when they won the Bundesliga title, had been working as the director of the German football federation (DFB), where he was responsible for youth football.

Sammer’s experience with the youth wing of the DFB will prove crucial for Bayern in the long run. As part of a quiet revolution at Bayern, Uli Hoeneß and co. are looking to produce more future Bayern and national team starters in the youth academy than they have over the past ten years. 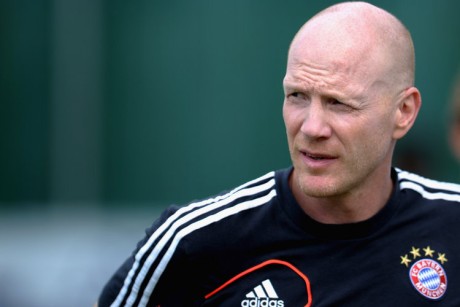 The club is also seeking to avoid having to pay record-breaking fees in the future by buying already-developed young German talent. We’re seeing the initial rumblings of this quiet revolution now in the January transfer window, with Sammer securing his first signing. Jan Kirchhoff, a 22 year old Mainz defender and German international at under-21 level will join Bayern in the summer. Kirchhoff is tall, athletic and has the potential to be an excellent reader of the game. He can play in the centre of defence or in midfield, and despite the fact that he has lost his place in the starting eleven for Mainz this season, getting the blessing of Jogi Löw for his first national team cap is not far off.

This signing is Sammer’s first, and comes as a direct result of the inside knowledge he brings from his time working with youth in the DFB. Bayern are also in the running for VfL Bochum’s promising 17-year-old midfielder Leon Goretzka, who has also been linked with Barcelona, Real Madrid and Dortmund. Kirchhoff is likely to be the first of a slew of young players that Bayern bring in to the team, but as ever, they’re going to have to get used to sitting on the bench for a while.

How the future fares

Bayern are in a stronger position now than they were last season. It’s likely that they will bring home at least one title, but they’ll be aiming for all three. They’ve got a good head start on the league, and if they can defeat Dortmund for a second time this season to knock them out of the League Cup, then they look good for winning it. The real difficulty comes with the Champions League.

Their European campaign has been as auspicious as their Bundesliga showing, topping their group and losing only to Belarus’s BATE Borisov. They face Arsenal in the next round, and with the confidence of an almost-perfect start to the season, it’s difficult to see Bayern losing. Having watched all of Bayern’s potential opponents for the rest of their Champions League run, it’s hard to choose a side they couldn’t beat. But they’re not invincible, having come undone to Borisov and also to Bayer Leverkusen in the league.