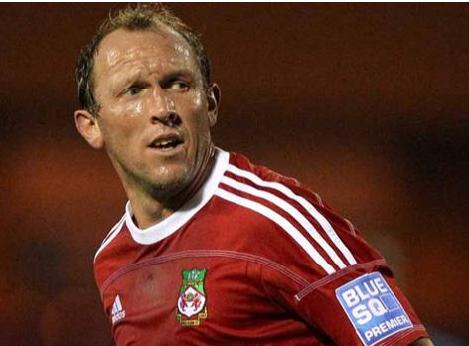 Ahead of an intriguing Welsh derby at the top of the Blue Square Conference, James Dutton pays special attention to a club looking to relive past glories…

The beginning of the new calendar year marks the fifth year since the oldest football club in Wales graced the Football League. After 87 years, during which the club experienced fluctuating fortunes as it traversed through the lower leagues of English football, Wrexham were eventually relegated from League Two in May 2008.

The North Walians’ failed attempts to since re-gain promotion to the promised land of league football chronicle various details of mis-management and the difficulties that accompany life beneath the trap-door. Not for the first time in their recent history, the club experienced significant fiscal difficulties and found themselves precariously perched on the edge of administration and dissolution in 2011.

The landscape of non-league football is littered with the carcasses of many football clubs that have plummeted through the financial trap-door – Wrexham’s local rivals Chester City a prime example – and the Welsh side can count themselves fortunate to still exist. Having been served with a winding-up-order in April 2011, and falling short of promotion through the play-offs, the club’s short-term future was safeguarded when its Racecourse ground was purchased by the local Glyndŵr University later that summer.

The club’s long-term future has since been guaranteed after it was taken over by the Wrexham Supporters’ Trust in December 2011 – joining the ever-growing number of supporter-owned football clubs in the lower leagues.

With Wrexham’s off-field issues resolved, the club is finally fully concentrated on the only avenue that can bring-about its resurgence – football. After a succession of near-misses in recent years, Wrexham’s return to the Football League is long overdue. 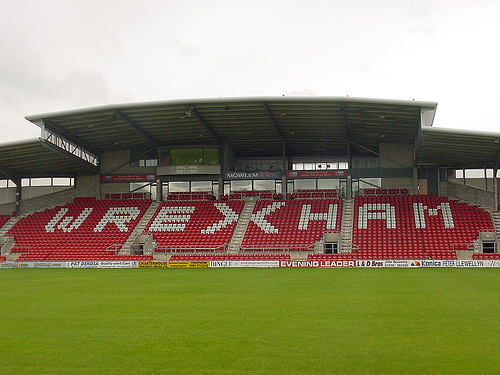 The 2011-12 season was resoundingly the club’s most successful since their most recent promotion season, 2002-3, which was coincidentally inspired by current player-manager, Andy Morrell, who struck 35 goals. Despite a lucrative run to the FA Cup Third Round, where they forced a replay with Championship side Brighton and Hove Albion, a staggering haul of 98 points in the Blue Square Conference fell five points short of automatic promotion.

The last three sides automatically promoted to the Football League have provided the benchmark for Wrexham to replicate; Stevenage Borough were promoted in 2010 with 99 points, Crawley Town with 105 a year later whilst Fleetwood Town amassed 103 last season.

Such gargantuan tallies are unlikely to be seen by May this year.

The upper echelons of the 2012-13 Conference National have been highly congested with teams unable to put together winning sequences. In the absence of a runaway leader the league appears more unpredictable than it has for some years.

But the top-of-the-table is starting to take shape as we pass the halfway stage of the season – a four point gap has emerged between 3rd and 4th, whilst four points separate 8th place from 16th. Just three points separates the top three – Grimsby Town, Wrexham and Newport County – and with just one automatic promotion spot up for grabs, the pressure is intensifying.

Inconsistency has been the theme of the season, and Wrexham have typified it like no other. The onset of the new year saw the side sitting in second record their first clean-sheet since in the league since a 0-0 draw at Nuneaton on 29th September – over three months ago – with a 2-0 win at Telford. Two victories in their last three at home, including thumping defeats of Nuneaton and Telford United, 6-1 and 4-1 respectively, would suggest that the Racecourse has been a fortress this season, but before that sequence they had not tasted victory at home since defeating Forest Green Rovers some two months earlier.

After a tame defeat away to Macclesfield in August, Morrell’s charges went on a 12 game unbeaten struck, before incomprehensibly losing 4-2 at home to an unremarkable Lincoln City. The Dragons have since been unable to match their consistency of last season, with short sequences of victories interwoven with defeats both home and away.

Despite the departure of their leading scorer from last season, Jake Speight, Wrexham have continued to prove prolific in attack, and Morrell is reaping the benefits of a strong squad that rotates seamlessly around his preferred 4-3-3 system. The team ethic that Morrell prides his side on is exemplified by a strikeforce of Danny Wright, Adrian Cieslewicz, Rob Ogleby and Nick Rushton, who have shared the attacking workload – and the scoring duties – between them. But it is veteran, Brett Ormerod, whom the player-manager had previously played alongside at Blackpool and fast becoming an automatic choice for the Dragons, who could prove the difference as the season progresses. 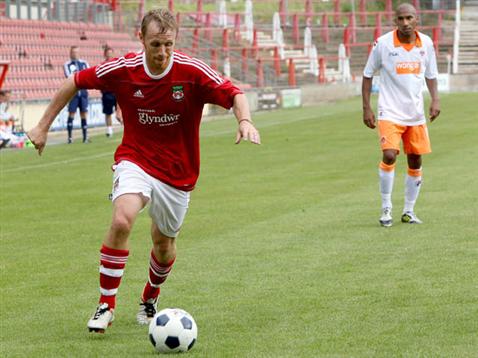 The striker, who was playing Premier League football with Blackpool just two seasons ago, had initially struggled to adapt to the rigours of the non-League game. Yet a profitable Christmas period, during which he not only scored three times but showed that his all-round attacking play – movement, creativity and workrate – adds another dimension to Wrexham’s game. After an inauspicious start the 36-year old is proving a cut above at non-league level and his experience will not only prove crucial in the run-in over the second-half of the season, but also as a yardstick for what is a relatively young side.

The acid test of what has been a busy festive period for the club will arrive on Friday night with their trip to fellow title-hopefuls, Newport County. The South Walians had been the runaway leaders earlier in the season, but their recent form has dropped off, losing five of their last 10. Their 5-0 routing at Rodney Parade by Forest Green on New Year’s Day should both buoy and worry the player-boss. After a narrow defeat at Grimsby just before Christmas, avoiding a similar outcome this time will see the Dragons stretch their unbeaten run to four games; their best run of form since October.

Morrell is now approaching what could be determined as his defining period in charge at the Racecourse. The 38-year old has performed exceptionally since being thrust into the job by the sudden departure of former manager, Dean Saunders, to Doncaster Rovers in September 2011. After five consecutive seasons outside of the Football League, Morrell would consider it a failure if he could not lead this proud and prestigious club back to where it belongs.