With the countdown well under way for the 2014 World Cup in Brazil, Rory Macdowall assesses the host’s chances of winning the tournament on home soil…

On 16th July 1950 in Rio de Janeiro’s Maracana, Alcides Ghiggia completed a storming run to fire in a goal at the near post, securing a Uruguayan victory in that year’s World Cup. The goal was met with near silence in a primarily Brazilian crowd of 173,850, stunned into submission by one of the greatest upsets in football history. The loss burned in the hearts of the biggest footballing nation on the planet, their right to win thwarted by their tiny neighbour to the south.

Sixty-two years later, Brazil are preparing to host their first World Cup since the bitter ‘Maracanazo’, as the upset has become known. June 2014 is barely eighteen months away, and a home victory is something that has become embedded in the national psyche. However, Brazil find themselves at a historically low 18th place in the FIFA rankings, with four other South American teams favoured above the Selecao.

Brazil have left something to be desired in recent tournament performances, recording quarter-final exits in the 2006 and 2010 World Cups to France and the Netherlands respectively. In the 2011 Copa America, Brazil also crashed out in the last eight to Paraguay, a game in which Brazil were particularly lacklustre, failing to score in the penalty shootout.

The last time Brazil fielded a world-beating side, in fact, was at their World Cup win in 2002, under the tutelage of now reinstated coach Luis Felipe Scolari. “Big Phil’s” record in international tournaments has been impressive ever since, having led Portugal to the Euro 2004 final and the World Cup 2006 semi final. The question on everyone’s lips is whether or not Scolari can make a disciplined unit out of a talented young squad that seemingly changes from month to month.

Brazil’s football team has an even more recent failure to its name. Their yearning to win the football Gold medal in the London Olympics was obvious, but defensive cohesion proved elusive throughout the tournament. The team guaranteed its place in the final, thanks primarily to their firepower, but conceded multiple goals to Egypt, Honduras, and, in the Gold medal match, Mexico. Encountering such difficulties against relatively modest opposition bodes poorly for their competitive future. The likes of Lionel Messi will be rubbing their hands in glee at the prospect of facing the same defence that conceded two goals to Oribe Peralta. 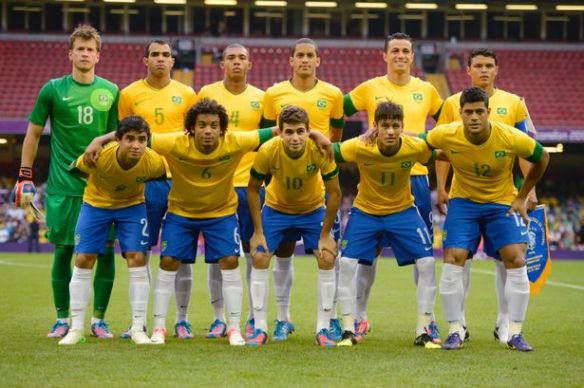 Aside from defenders Thiago Silva and Dani Alves, who have one hundred caps between them, Brazil do not have a particularly experienced core to their squad. Despite their relative youth, players such as Hulk, Alexandre Pato and Ramires will undoubtedly seem like veterans next to the current crop of teenage stars, who, happily for Brazil, have ability in abundance. It is a rare thing to be able to watch these youngsters in action (every member of the squad which faced Argentina in November plays club football in Brazil), but the glimpses we have seen of Lucas Moura and Neymar have been impressive, if somewhat ostentatious in the case of the latter. Closer to home, Oscar’s moment of brilliance against Juventus in the Champions’ League, and subsequent strong performances, proved that he is the real deal.

The greatest hindrance to the Brazil’s development will surely be the team’s absence during the qualifying campaign; their right to feature in the tournament is automatic due to their status as hosts. During such a lengthy, competitive process, the manager can select suitable starting elevens based on response to pressure and team chemistry. Scolari would do well to organise a calendar of friendlies against a series of tough opponents in order to give the Brazilian team some valuable experience. February’s fixture against England should at least give the young attackers the chance to test their mettle against a defensively solid side. 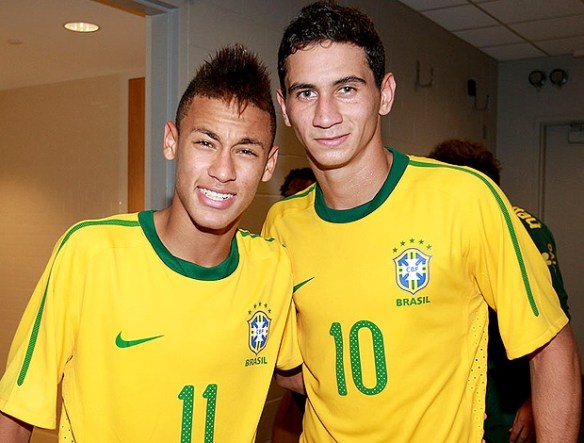 Can the young talents of Neymar and Ganso inspire Brazilian success in 2014?

Unfortunately, Brazil’s current lineup struggles for formidable partnerships: aside from Ganso and Neymar, who were imposing together at Santos, most of Brazil’s top players are dotted around clubs from France and Spain to Russia and Ukraine. Although some of the defenders have had reasonable opportunity to play alongside one another at international level, the Brazilian squad will struggle to be as well-oiled as their main rivals. Xavi and Iniesta’s midfield partnership for Barcelona and Spain is unparalleled, while a maturing German squad featuring the likes of Mario Gotze and Marco Reus will have ample opportunity to find impressive form together.

Emotionally invested as the Brazilians are in the 2014 World Cup, the country’s former greats have plenty to say on the subject, although it is largely pessimistic. Carlos Alberto, the legendary defender who was an integral part of Brazil’s fantastic 1970 World Cup squad, declared in January that Brazil has “no team”. Pele blames the team’s recent lack of form on poor management by Brazilian clubs, claiming that too many players feel the need to go to Europe, resulting in less playing time with their fellow countrymen.

Brazil have plenty of attacking potential, and some of the world’s best defenders, but as a unit they do not appear to have a shade on the European powerhouses of Spain and Germany, or bitter rivals Argentina for that matter. Their home advantage is certainly beneficial, as is the fact that they are in the hands of a manager with a proven international record, but the pressure may be too great for the youngsters. Unless their attacking players can conjure up magic unseen since 1970, expect a similar exit to those of 2006 and 2010.

2 thoughts on “Can Brazil make home advantage count in 2014?”