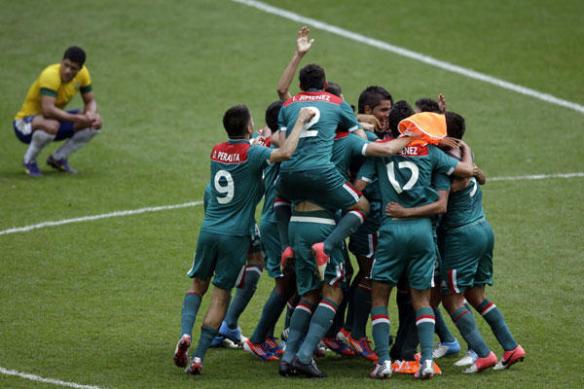 The wonderful thing about soccer (football) and sport in general, is that despite the decades of history, and the way in which every event is somehow linked to a larger contextual background, is that there are still moments which are so unexpected and unique that you don’t quite know how to respond to them, other than with a sort of mindless jubilation. Mouth agape and throat dry, there’s nothing much you can do besides let your restless arms and legs convulse in a series of directionless movements which would be embarrassing in any other social situation.

Which is exactly what I experienced this Summer when the Mexican U-23 team managed to win Gold during the Summer Olympics. Mexican football has always been followed by an accepted sense of mediocrity; the notion that, while the team may truly endeavor to win a competition, the reality is that they simply won’t. It’s not so much a cultural preoccupation with failure, as wide-spread pragmatism.

So as Mexico made their way through the competition, growing ever nearer to the final, the Futbol Intellect household was preparing for the inevitable collapse. And then, Mexico won, breaking decades of cultural norms and traditions of failing at the last moment. And I, suddenly separated from any preoccupations with proper social behavior, began running laps through the hallways of my apartment building. You don’t experience that very often.

While Messi and Falcao immediately come to mind for athletic prowess, Cristiano Ronaldo was my favorite player of the year, simply because he is soccer’s foremost anti-hero. Whereas Messi represents pure, childlike joy, and Falcao pure professionalism, Cristiano Ronaldo is something different, a gray static in the world of soccer where we typically identify things in extreme terms. He is undeniably talented, but also incomparably egotistic. He riles up opposing crowds with a knowing smirk, but constantly donates to charities. He provides a perfect counterpoint to Lionel Messi, and modern soccer would not be the same without him. 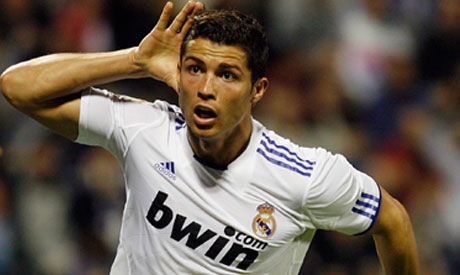 Modern football would not be the same without Cristiano Ronaldo

While Mario Balotelli’s domination of Germany, and Spain being, well Spain, stand out as the most memorable moments of Euro 2012, a moment a bit earlier in the tournament left a much greater impression.

It’s not often that a player is presented with such an obvious platform to contribute to his own legend, and even rarer that a player accepts the challenge and basks in the attention. But Andriy Shevchenko, for all the years and mileage, found a way. With Ukraine as tournament co-hosts, and the team playing their opening match in the country’s national stadium, Andriy Shevchenko single-handedly beat Sweden.

Despite the wear and tear his body has suffered throughout an almost two-decade long career, Shevchenko managed to repeatedly put the Swedish defense in knots. With a brace, he wasn’t simply the capstone to a fluid team performance, but rather, the only reason his team succeeded. Under the eyes of his countrymen and women, Shevchenko exceeded their hopes and expectations.

The preceding responses have largely been long-winded, so I’ll just say that Eric Hassli’s goal against Toronto FC is so full of venom that it can’t be denied: http://youtu.be/PNGhOE3XyCg

The persistent drama that seems to trail women’s soccer never ceases to amaze me, and was more than evident during this Summer’s Olympic Semifinal between the US and Canada. With both teams at their best, and a place in the final the prize for the victor, It was safe to assume the match would be good, but I doubt that many expected the time of match which took place.

1-0, 1-1, 2-1, 2-2, 3-2, 3-3, and then 4-3 with the winner coming with only 30 seconds left in extra time? Not to mention the refereeing controversies, the handball drama, nor the outstanding individual performance of Canada’s Christine Sinclair, who nearly carried Canada into the final on her own…

There wasn’t a match which left me more emotionally exhausted after the final whistle.

Unless you strictly read The Daily Mirror, you probably had an inclination that Michu was talented, but this good? Moving from relatively unknown Rayo Vallecano to relatively unknown Swansea for £2 million was the sort of transfer that you quickly skip on Football Manager, wondering why the game would inform you of such insignificant moves. Fast forward a few months and Michu is the leading scorer in the Premier League, above more illustrious players like Robin Van Persie and Luis Suarez. So astounding has his upward trajectory been, that Vincente Del Bosque recently made it clear that Michu would be included in the next Spain squad.

Let me repeat that, the Spanish National Team. Is there a more difficult side to break into? 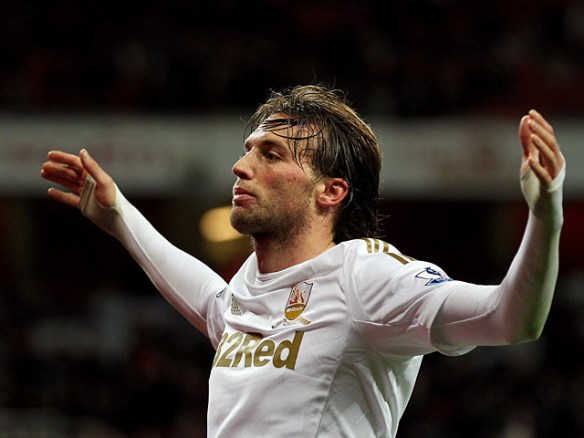 See Question 1. This may seem a cop-out, but I’m going to stand by my selection of the Mexican National Team. In recent years, new Mexican Youth Policies have paid dividends, with Olympic Gold the clearest indicator. Add multiple youth championships, and it’s clear that Mexico is on the verge of breaking through the barrier between persistent competitor, and legitimate contender.

Joey Barton speaking English with a French accent is hilarious. That is all. https://www.youtube.com/watch?v=Z3U-r8T31Ns

Kendrick Lamar: good kid, M.A.A.D. City. Being from the Los Angeles area, I feel compelled to pick this album. It’s been years since I’ve listened to an album so overwhelmingly local in perspective, from name dropping local restaurants or street corners, to just illustrating life in Southern California. Add in the fact that each time I was stuck in traffic for what seemed like days at a time, I always managed to hear a nearby car playing this album. He’s one of us, so of course he’s my pick. (Not to mention that it’s one of those albums where you don’t skip a single track.)

The Black Keys, Staples Center. The Staples Center is an unwieldy beast, so large that as you peer over the ledge of the upper decks, you wonder whether you would ever hit bottom if you were to tip over. And yet, despite the size of the venue, the Black Keys, consisting of two men with a guitar and a drumkit, respectively, managed to put on the best show I’ve seen this year. With a blistering pace, they worked through their whole catalogue with an intimacy reminiscent of the shows you see in the packed basements of sketchy bars. Without a doubt the best gig I saw this year.