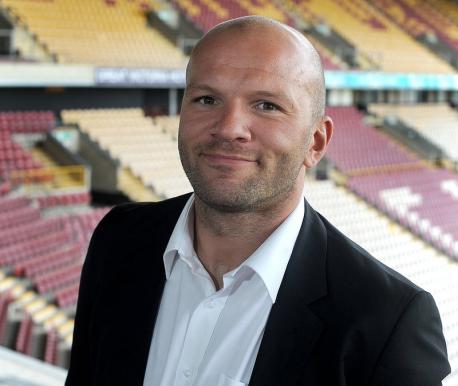 I wrote up a concise piece for the website detailing what I felt were the most important information soundbites about the man himself and his impressive venture into business with All About Ballerz. Consequently, much of the interview transcript didn’t make the original article but seeing as it’s Christmas, we thought we’d share what Guy had to say on a number of issues to do with football and his scouting website:

Guy on Owen Hargreaves’s use of social media to win a contract at Manchester City and how it inspired him with his All About Ballerz work: “In League One and League Two we don’t have the agents who are willing to risk making the same move. We haven’t got that, the lower leaguers. It’s a bit of a support for them. It’s an avenue for them to use to showcase themselves.

“Owen Hargreaves was a template but I planned to manipulate the idea for myself. (AAB) is all about taking control of your career if you are a footballer and taking control of your career if you want to break through. The dads and mums of this world will be able to showcase their sons and not for a huge amount of money. Scouts can go on the website, see someone they like and access information that tells them they’re playing a game. They can then get in touch with the website and go and watch the player.” 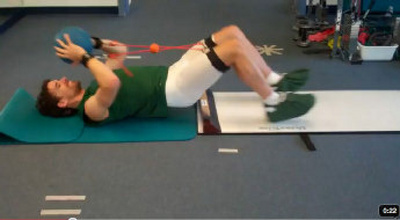 Guy on his personable nature and how it shines through in All About Ballerz: “I was brought up with manners. I’m not somebody who ignores people. I get back in touch with everyone who contacts me. I personalise the relationship so someone who use All About Ballerz will think the £3 membership fee was worth it.

“The first thing you get on the website is a professional footballer’s opinion on your clip if you want it for £3. I push out the boundaries for the kid who’s the decent kid. If the lad’s quality then I’m going to recommend him to a Championship club. Even if you’re 35/36 you’re not going to play for Man United but you can still play in the veteran leagues and that’s why my site is for everybody.”

Guy on ticket prices and the relationship of clubs with their fans: “People are sick and tired of being robbed, paying too much for tickets, paying too much for services. You are going there to be entertained and nine times out of ten you’re entertained. The drinks and the pies cost a fortune. Clubs need big budgets to climb up the leagues and that comes from the fans, doesn’t it?

“They should introduce kids for a quid, family tickets for £20. As a football club you want families to have an affiliation with the club for the rest of their lives. If you’re sold the image that a football club isn’t a family club then the kids aren’t going to go again. If a mum thinks the ground is a safe place to go then she’ll take her kids. If you can make it into a family environment then you can probably help stop the yobs going.”

Guy on the perceptions surrounding whether or not a footballer has ‘made it’: “People say Emile Heskey hasn’t made it. He was sold to Liverpool for £12m. He scored numerous times for England. People think Emile Heskey didn’t make it?! Who are these people? Journalists? People who’ve never kicked a ball in their sodding lives.

“Myself, as a determined footballer, could have increased my playing ability by 5% by training harder. I’ve had a really good lower-league career that people probably dream of. Is that making it? Well, to me, no. I wanted to make it at Leicester but to others, I should be thankful of it. Your dreams should be realistic. You might not be good enough but there’ll always be a level for you.”

Guy unconvinced by the spending of the FA on the youth development centre in Burton: “Will it bring through another Gerrard? We’ve only got one shining light coming through. I’d say that’s [Raheem] Sterling and he came from the lower leagues.” 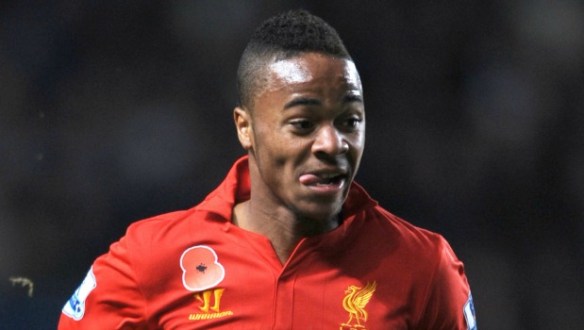 Guy on current Bristol Rovers assistant manager, Shaun North: “His knowledge of the game is unbelievable, he has an unbelievable workrate, he goes and watches games four/five times a week, he’s first onto the training pitch and the last man off it. He’s working with kids, trying to improve them and that’s sometimes what fans don’t see with the people around a football club.

“At Torquay, under Paul Buckle, we had a great training regime and a lot of that was down to Northy. As a combo, they were two of the best I’ve worked with. I was probably the fittest I’ve been under them. My body weight has gone down thanks to the work I did with them.”

Guy on Crewe Alexandra’s record for finding good, young players and John Still’s similar achievement at Dagenham & Redbridge: “I knew of Nick Powell three years ago because my mate, Dave Artell, was there. I knew about AJ Leitch-Smith and Ashley Westwood. I’ve been telling everybody about Ashley Westwood for the past four or five years as the best midfielder in the league and he goes to Aston Villa this season.

“There’s so much talent kicking about and it’s just about getting it out there and getting it seen. These Dario Gradis and John Stills do that very well. I’d like to be at a development club when I’m a manager. I’d rather take on a long-term project than go somewhere where a short losing streak gets me the sack for not getting them in the Play-Offs.

“For me, Dario’s the way to go. He sets the template for a lot of teams to follow his lead. Still’s record for finding players is tremendous too.”

Guy on Phil Parkinson and his time at Bradford City: “Phil’s a very good manager. One of the biggest frustrations was not getting to work with him longer. Him and Steve Parkin were a very good managerial team. Personally, they treated me like a dickhead. They treated me like a muppet and that’s how they deal with lads they can’t cope with. I wanted to play for Bradford City. I made that very, very clear. I can see how he’s done well because he has a great eye for detail.”

Guy on Torquay United’s future: “Hopefully, Torquay will go down the development route because I’ve seen a lot of the infrastructure over the last two years, having been with them and they could be a development club because the fan base is never going to be 10-15,000 people. It’s going to be a maximum of 5000 but if they can produce five or six lads to come through a year then that would be great.

“I’ve seen the people at Torquay, and, trust me, you’ll see some good players come through there over the next few years.”

Guy on the mindset of a footballer: “People are quick to knock you in football. The mental side of the game’s huge. I’ve studied sports psychology and that’s been helpful in my career.

“I don’t need to psyche myself up for a fixture anymore. It’s not something I need to do, it’s innate. When I was a lot younger it was controlling the nervous energy which was my downfall. I can control myself a lot more now with stress-releasing techniques and relaxing techniques before a game. I was going out into games and all the nervous energy had gone before I’d started. I was trying too hard to gee myself up.

“I feel so much better playing now as I trust myself as a person and who I am as a football player. I’m against geeing myself up. Relax, let the game happen. It makes me worry when people shout stuff like ‘Come on!’ in the dressing room because I think why aren’t you already up for the game? If you’re angry before a game your body and mind is switching off mentally.” 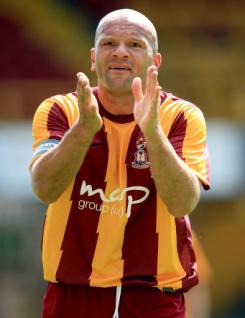 Fired up: But Branston relaxes himself before taking to the field

Guy on the role of a captain: “A manager once said to me ‘Captains just flick the coin’ and I got annoyed by what he said but as I’ve got older I’ve realised there’s not a lot they actually do. I like the saying: ‘we’re all captains in the dressing room’. We’ve all got an opinion. It’s a democracy.

“Some people get annoyed when you shout at them on the pitch or speak to them in the dressing room so it’s about finding a happy medium in the camp you’re in. Some camps need geeing up, other camps don’t. Some of the best captains I’ve worked with are quiet people off the pitch.”

Guy on Guy: “I’d like to be remembered as someone who worked hard. I’m loyal to the person I work for and I want to be remembered as someone who put the shirt on and the fans thought: ‘at least I’m getting 100% from Guy – I want to be like Guy because he works his socks off on the training pitch and in games’. I work hard, I do my job and I do it in the right spirit.”

Guy on possible headlines for the interview: “How’s about ‘Brantastic!’?” [Duly noted!]

Since writing the first part of the interview, his manager at Bristol Rovers, Mark McGhee, has been sacked with the Pirates at the bottom of the Football League. This just serves to highlight the fickle nature of football and with Guy commenting to the associated press after his first game for the club that he’s something of a ‘gypsy footballer’ such is the amount of travelling he’s had to do in order to make a career out of the game, uncertainty surrounds his future as his contract with Bristol Rovers ends on 1st January.

But, if there’s one consistency about Branston as a footballer, it’s that he always works things out and here at The False Nine, we wish him the very best with that and his continuing business, All About Ballerz.

Check out Guy’s enterprising website, All About Ballerz: www.allaboutballerz.com