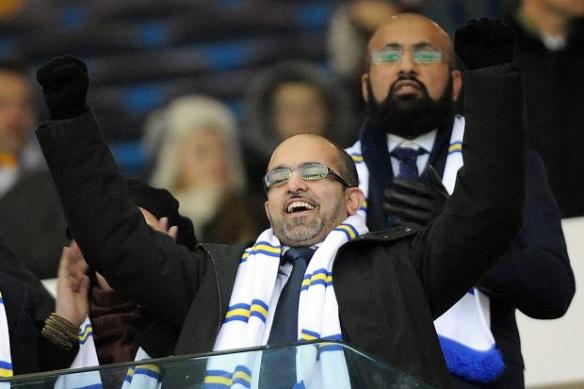 With all the furore concerning the mad house at Chelsea and the callous sacking of Roberto di Matteo coupled with Rafa Benitez’s dubious decision to take the reins of England’s most volatile football club, news of a more positive nature struggled to make itself heard.

After half a year spanning of a ‘will they, won’t they?’ narrative that would test even the most avid of soap opera viewers, it was announced that GFH Capital, a Middle East-based private equity group, had agreed to takeover Leeds United at the back end of November.

News surfaced about the possibility of a takeover from the club at the end of May and, for fans eager for a change of direction from Ken Bates’s administration, patience has been a virtue that has been tested heavily ever since that announcement.

Bates’s running of the club has proved a source of frustration for certain factions of Leeds’s support and his role as Chairman of United has been a controversial sideshow to the Whites’s mixed performances on the pitch. 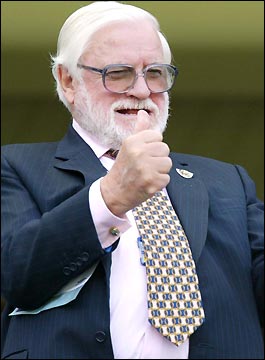 Ken Bates has had feet in both camps

Hopefully, after a tumultuous time off the pitch, fans will once more unite in supporting the players on the pitch without distraction.

Spearheaded by the Twitter-savvy duo of Salem Patel and David Haigh – who will become Directors at the club, GFH Capital seem willing to spend on players and Neil Warnock is likely to be happier than he’s ever been at Leeds with sufficient financial backing.

A seven-game winless streak in the Championship was as bad as it got for Warnock and journalists were left surprised at the weariness of the Leeds manager’s demeanour in a post-match press conference after a 1-0 defeat to Millwall – the seventh in the run – which prompted fresh rumours about the South Yorkshireman’s future.

El-Hadji Diouf, who had arguably been Leeds’s star performer at the beginning of the season, also appeared unsettled during this time as contract wrangles continued to go on and suggestions were made that he’d be going elsewhere come January. Diouf had been the one creative player with genuine quality in a hard-working yet limited team and it was essential his services were retained (and what Leeds fan would have thought they’d be saying that at the start of the season!).

So, instead of the possibility of a takeover lifting the cloud over Elland Road, it was the uncertainty surrounding the deal that seemed to be dragging Leeds into a rut. 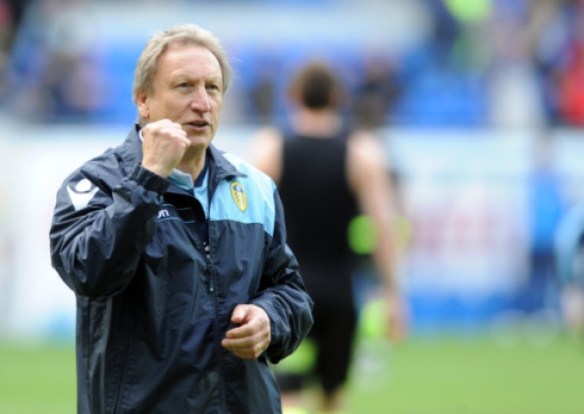 With home games against the table-topping Crystal Palace and well-backed Leicester City before a trip to local rivals, Huddersfield Town, the games immediately after seven games without a win, it looked like Leeds could be sucked into a relegation battle rather than vying for promotion as hoped.

But then GFH took over and the following day the club captured ex-Swansea  City captain, Alan Tate, and West Brom midfielder, Jerome Thomas, on short-term loan deals. The addition of some Premier League quality galvanised the waning team and Palace, Leicester and Huddersfield were dispatched to return some optimism to the club.

The three wins had included a return of form for Diouf and last week he was awarded an 18-month contract extension which is a big boost for the club and the mindset of a player who’s career has been littered with controversies. This came after an away defeat at Derby County but a home win over Ipswich Town last weekend ensured that Leeds have had a 100% home record in front of the new owners.

It’s rare to think of a smoother transition under new ownership but tonight that 100% home record comes under significant threat and the relative harmony observed at Elland Road is likely to disappear for Leeds’s highest-profile fixture since they beat Manchester United 1-0 at Old Trafford in the 2009/10 FA Cup. 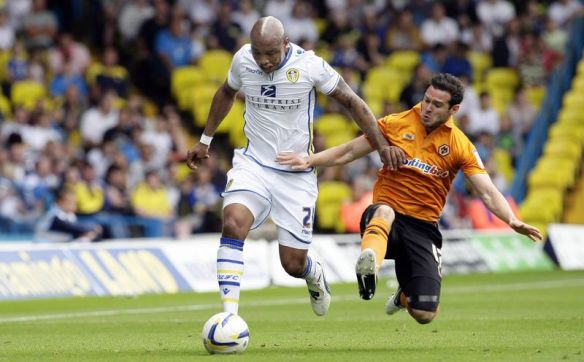 Fighting for the cause: El-Hadji Diouf has done well at Leeds so far

If they think a half-full crowd inside Elland Road for Championship fixtures is a true indicator of the club’s support then tonight they are going to be in for a big surprise. A capacity crowd will be present for the visit of Chelsea in the Capital One Cup Quarter-Final and despite the fact it is Leeds’s first appearance in the latter stages of a cup competition since reaching the Champions League Semi-Finals in 2001, more emphasis is placed on the prospect of facing a historical rival.

The Leeds-Chelsea rivalry can be traced back to the 1960s when the two clubs were challenging for the top honour in England. The Leeds team had a very northern feel to it while Chelsea were made up of London lads in amongst a scattering of non-English British internationals. The two teams hated each other and the rivalry reached its peak on the field during the 1970 FA Cup final replay.

Such aggression on a football field has rarely been seen and David Elleray, an ex-referee, reviewed the game in 1997 and decreed that there would have been 20 yellow cards and six reds if officiated in the modern era – who knows how high that figure would be in 2012. Chelsea won that game and there has been no love lost between the two clubs ever since.

In fact, Chelsea have never bought a senior player from Leeds – an oddity in the modern game.

Much has changed, but the rivalry remains the same and the atmosphere is likely to be electric tonight. 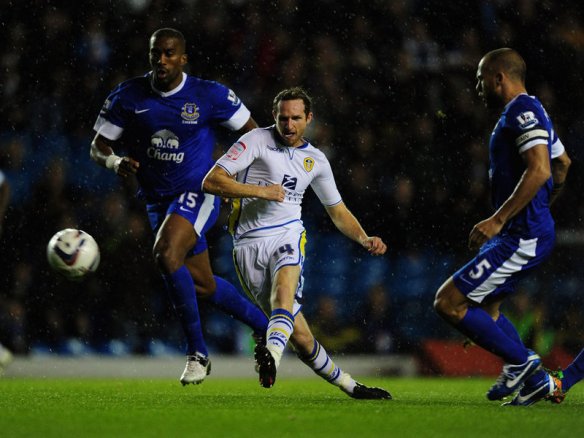 Aidan White scores versus Everton in the Third Round but will Leeds cause a cup upset again?

Roman Abramovich’s plaything comes fully stocked with some of the world’s best players and most expensive too with queries about how these two definitions intersect with one another but, such is the chaos at Chelsea, it’s impossible to know what kind of side will turn up at Elland Road.

Only Frank Lampard has been confirmed as playing which, for Leeds fans starved of top-quality opposition, is an enticing prospect.

An unexpected layer of friction between the two clubs is the dislike shared by Warnock and Benitez. A dispute from five years ago has created the kind of hatred that club officials built up at the start of this long-standing rivalry but they’ve claimed they will be shaking hands.

The cordial relations fostered by the new men atop Leeds United’s sunken ship will be blown out of the water tonight for a game of huge meaning and north/south pride. That the prize is a cup Semi-Final – with local rivals Bradford City potentially lying in wait – only enlivens the excitement surrounding the game. The visit of the Chelsea circus invites more comment to be made on the positives of Leeds, and, as a world audience tunes in to developments, let’s hope we’re still talking about football and a rivalry that makes for a great spectacle, not a platform for the shadier sides of the game to make themselves known. 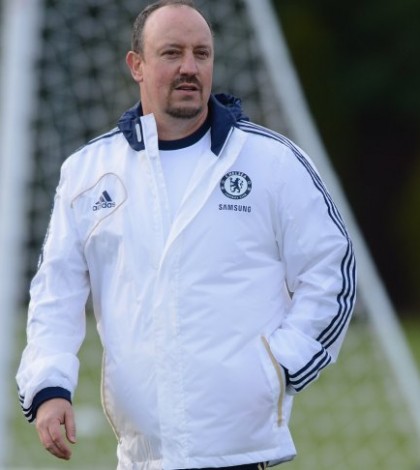 The new man in town: Benitez plots success at Chelsea

It may not be like a Leeds-Chelsea game as we know it, but a historical rivalry being played out between the current European champions and Premier League hopefuls is still relevant in the modern era and, with Middle Eastern owners aboard, maybe it will become a regular fixture in the football calendar again and bring the good times back to one of England’s biggest football clubs.