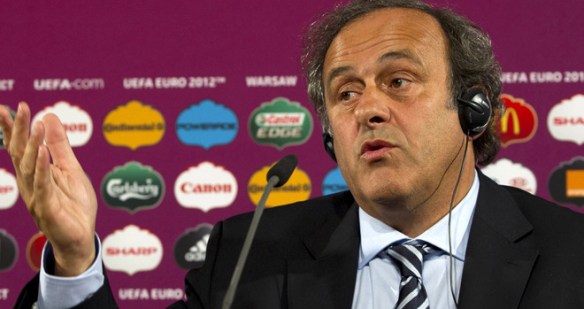 Could anyone imagine the final of the European Championships taking place along the coast of the Caspian Sea, directly north of Iraq and north-east of Iran and Syria, in the Azerbaijani capital of Baku? As far-fetched, phantasmagorical and downright ludicrous as it may sound it could so easily have been reality – until the intervention of one man. A Frenchman.

Last week UEFA, headed by its President Michel Platini, revealed plans to change the way the European Championships are staged from having a host nation, or as has been the case more recently a joint-hosted championships. The new proposal for the Euro 2020 tournament would get rid of a host nation and have the matches played across the continent. As befits an announcement for a new initiative by a footballing body Platini’s suggestion has been ridiculed and shot down without too much thought. However, despite the dubious reasoning behind the new plan, i.e. the poor choice of host offers to choose from and Platini’s own ideas of grandeur regarding the top job at FIFA following Sepp Blatter’s (hopefully final) retirement in 2015, this idea deserves more credit before it is rejected.

A Euros for Europe would eradicate a host’s home advantage. Though South Korea, Portugal and Germany have profited on the back of vivacious home support with spectacular runs to the latter stages of tournaments they have hosted since the turn of the century, no host nation has won an international competition since France in 1998. Though host nations can appear to ride on the crest of a wave at international tournaments, Germany in 2006 were the last to make any kind of impact; none of Austria, Switzerland, South Africa, Poland or Ukraine have qualified past the group stage.

Aside from the quirks of judging a host’s performance, the ‘Euros for Europe’ will be unique in that every country will be there on merit as they will have navigated the qualification process. As Euro 2020 will be only the second to feature 24 nations, it is difficult to predict how that format will pan out. It has been met with almost universal condemnation and outrage; the narrative runs that UEFA are diluting the quality of the competition and converting it into another cash-cow.

Though dilution is a very real risk it is impossible to predict how the landscape of Europe will appear in eight years time, given how drastically in has shifted in the last eight years; whose to say that the € will still exist by 2020? The footballing landscape is equally difficult to predict, as trends can shift so dramatically; after Euro 2008, it was felt that the Turkish squad could challenge in future tournaments but that failed to materialise, whilst the burgeoning state of the Belgian international setup is a constant source of speculation. 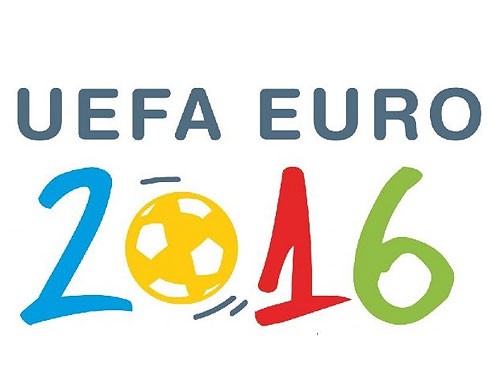 Platini’s decision to expand the Euros from 2016 has caused considerable controversy.

Undeniably there are vast distances to travel for teams and fans alike; that is nothing new, as seasoned footballer fans would testify. The success of this idea largely rests on how UEFA deal with the logistics i.e. more recovery days for players in between matches as well as ‘regionalised’ venues. It has been suggested that England may play their group games in places such as Lisbon, Amsterdam and Paris rather than Ankara, Moscow and Athens to limit the distance travelled. It remains to be seen how this is achieved but nevertheless it is a step in the right direction.

Whilst football fans continually moan at being priced out of the game they love they continue to follow their nations’ fortunes closely and fervently. They crossed the world to Japan and South Korea in 2002, jumped sticks to South Africa in 2010 and will do likewise for the 2014 World Cup in Brazil;  significantly further treks than Barcelona or Munich.

One of the major criticisms launched at Euro 2020 is that it will affect the fans, who would normally be looking to attend all the matches in one host nation. However, this is another misnomer. One need look no further than the sparse number of England fans who travelled to far-flung Ukraine this summer to follow the Three Lions. The FA had already decided that the England team should be based in Krakow, Poland meaning that the England supporters’ “Fan Camp” would also be there. This meant that supporters who wanted to stay in the Fan Camp but travel to the games in the Ukraine were looking down the barrel of an 800 mile gun to get them to Donetsk. Rather worryingly, one of the only official bids to host Euro 2020 was from Georgia and Azerbaijan. One can only imagine what nightmarish logistics would await fans there. And while this is a matter for another day, since when was it Eurasia 2020?

In fact, spreading the tournament across Europe, if handled well, has the potential for a very enriching fan experience that can also showcase the best the continent has to offer both in terms of cities, stadia and culture. With the recent explosion of low-budget, no thrills airlines, it has never been easier and more affordable to travel the continent. Inevitably, the powers that be at Ryanair and Easyjet will be looking to cash in and bump up prices for the summer of 2020, but if football’s governing bodies and supporters groups can strike some sort of arrangement with them then there is no reason why fans shouldn’t be able to follow their countries across Europe. Using Euro 2012 again as a direct comparison, neither of the aforementioned budget airlines fly to the Ukraine; the cheapest return flights from London to Kiev had England fans forking out hundreds of pounds. Furthermore, Europe’s rail network is one of the most extensive and efficient in the world. Just seen your country top their group in Berlin’s Olympiastadion? Then hop straight on the high-speed train to Paris to watch the knockouts in the Parc des Princes.

Platini has also been at pains to stress that this pan-European format will be a one-off. The outspoken Frenchman has always courted controversy during his tenure as President of UEFA. Yet the barrage of backlash that he faced after this latest proposal is unwarranted and reeks of the shallow-mindedness that is deeply engrained in football culture and particularly the English media. The 60th anniversary of the Euros is a milestone and it is something worthy of celebration on a unique and grand scale. And here’s a thought for those Anglophiles moaning about the prospect – with the disappointment of the 2018 World Cup going to Russia, this may be England’s best chance to host the final of a major tournament for quite some time.

For an organisation that is often maligned for being antiquated and fearful of change this is a refreshing step. In the context of Platini’s idealism, the Euros for Europe is a natural ally to his desire for a 64-team Champions League and the 2013 U-21 Euros that will be staged in Israel. Though UEFA, and more significantly Platini, may have stumbled upon this utopian idea on a whim, the potential pros do outweigh the cons – something that cannot be said of FIFA’s ever-more farcical decision to award the 2022 World Cup to Qatar. Qatar 2022 will be the fore bearer for equally remote and treacherous locations for World Cups, but the Euros for Europe will be a lucrative one-off.

Though it will lack that distinctive feel of an international tournament held within a single country, the prospect of quarter-finals being played across the breadth of the continent is an enticing one; Madrid, Berlin, Rome, Istanbul – a lineup that sounds considerably more glamorous and evocative than Baku, Tbilisi, Ganja and Rustavi.