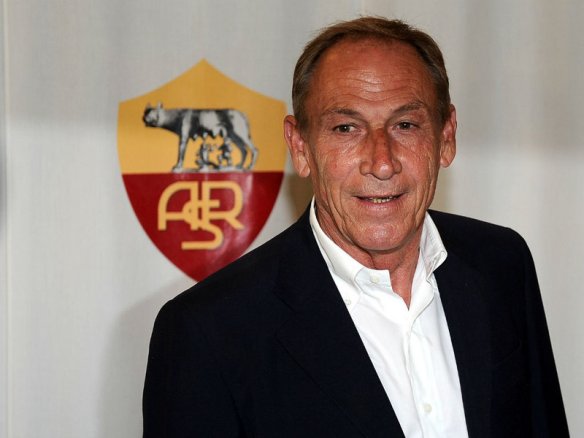 The False Nine’s Kyle Hulme takes a look at how Zdeněk Zeman, in his second stint as Roma manager, is captivating the hearts and minds of Italians up and down the country…

Zemanlandia has once again brought itself to the forefront of calcio discussions in the coffee shops and bars up and down lo stivale. Almost twenty years since Zdeněk Zeman first won over the fans in Italy when he transformed Foggia from a club in the depths of the Italian league structure to one fighting for Europe, he’s back with a bang as manager of AS Roma, and almost all football fans are glad to see him back – all except for the Juventini, that is.

I say back – in truth, he never disappeared. In the 1990’s he had semi-successful periods as the manager of Lazio and Roma, yet from then to now his managerial positions have been spent with lower league clubs such as Lecce and Brescia, and abroad with Red Star Belgrade and Fenerbache. Yet following his success with Pescara last year, where he achieved promotion and unearthed huge talents such as Marco Verratti and Lorenzo Insigne, he was given another chance at Roma, a club he promised to return to in 1999. Whilst it appeared a risky move on paper, given his time away from Serie A’s top clubs, with Roma’s 7th place finish it seemed that desperate times called for desperate measures, and Zeman was more than ready to ruffle-up some feathers.

At Roma, he has seen his side perform in true Zeman style. From scintillating attacks to gaping holes in defence, it has proved overall to be successful, with the club currently in 4th position and enjoying a rich vein of form. When asked about “Zemanlandia”, the seemingly gung-ho philosophy he incorporates into the teams he manages, he describes it rather rationally, explaining it takes features from the Danubian school of football tactics, such as teamwork and short passing, and affixes them to a higher tempo – the very antithesis of calcio as we know it. For the neutral, it’s cracking to watch – you can expect 8 players to be on the halfway line from kick off in an attempt to overwhelm the other side. However, I imagine for Roma supporters it leads to several heart-in-the-mouth moments when they realise the other team has launched a counter attack and your center-half is in their box. 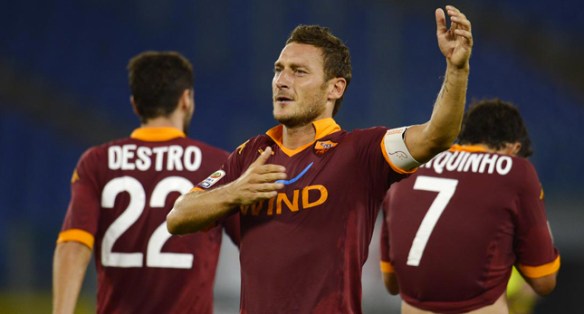 Captain Francesco Totti has undergone a rejuvenation under Zeman

A further, refreshing anti-Italian aspect of Zeman’s sides is the use of younger players. I have already mentioned Verratti and Insigne – now full internationals for Italy – but he has also had an influence on the careers of Mirko Vucinic, Ciro Immobile, Valeri Bojinov and many other players who have gone on to play in Europe and the highest level the their clubs. During his return to Foggia in 2010, he regularly regularly started many under-21 players and narrowly missed out on promotion with them as although they had scored the most goals, they had conceded the most, too – the negative aspect of Zemanlandia. This season, the starlet who has benefitted the most from him is undoubtedly Erik Lamela. Lamela has wowed Roma fans with his skillful dribbling and eye for goal. The 20 year old Argentine has scored 8 goals in 12 appearances this season, and looks set to battle it out with El Shaarawy for the young player of the year award.

But it’s not only the younger players who benefit from being coached be Zeman. Francesco Totti, the talismanic, gladiator-like trequartista, has seen his career undergo a rejuvenation under Zeman, scoring six and assisting five goals for the giallorossi and recently starring in the 4-2 demolition of Fiorentina. The captain and his manager have also traded compliments, with Totti hailing the teams unity this year under Zeman and the latter once saying that the best five Italian players were “Totti, Totti, Totti, Totti and Totti”.

Zeman’s style of playing has seen him gain the plaudits of fans wherever he manages – and even from teams he plays against, with opposing fans this season seen carrying signs in support of him; however, this may also be because of his public anti-corruption and pro-fairplay comments, and for being one of the few members of calcio’s elite who dare speak out against Juventus – a move, as you can imagine, that went down a treat in Turin.

Whilst Roma may be riding high at the moment, there’s always the sense that disaster is just around the corner whenever Zeman is present, given the nature of his teams and his tendency to have short tenures at clubs. His cavalier and controversial nature has breathed life to the often stale league that I love, and who knows what the future holds if the form of his Roma side continues.