Towards the end of the Russian Empire, vast amounts of British industrialists seized upon the unrest in the region by opening factories, mills and mines in previously hostile areas of Eastern Europe. Needing the pioneering expertise of British workers to come with them on this journey, the businessmen brought much of their workforce along.

Football had been booming in Britain and Western Europe for almost a quarter of a century but had not yet swept through the almost infinite expanse of the East. However, this all changed the moment the British workforce set up shop in the Ukraine, Poland and other frontier nations of the Russian Empire. Yearning for any reminders of home life miners, dockworkers and mechanics all set up local football teams in their spare time, spreading the gospel of the beautiful game, and so the football bug conquered another corner of the globe.

The British workers didn’t stay forever but the clubs remained, now populated with a new generation of Soviet football fanatics. In 1936 a group of miners who worked for the Welshman, John Hughes, established one of the first entirely Soviet sports clubs, Stakhanovets, named after local celebrity/mining activist Aleksei Stakhanov. They gathered together as many local footballers from the Donbass basin as possible and immediately entered the newly formed Soviet football league system. They were an instant hit, and only two years later were up to the Soviet second division. The advent of the Second World War stopped football in its tracks and it wasn’t until late 1943 that the next professional match was played, following the end of the German occupation of Donetsk. 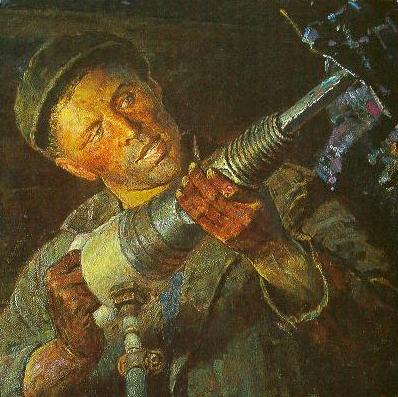 Unfortunately, only three of the pre-war squad returned to play for Stakhanovets and so the team was rebuilt and renamed Shakhtar. Nonetheless, the Donbass proved to be a breeding ground for talent and the team were promoted to the First Division in 1949. However, their first season in the top flight was a disaster with The Miners narrowly avoiding relegation having lost 24 of their 34 games. A reshuffle followed with ageing players being released and assistant coach Viktor Novikov taking charge. A rapid reversal in fortune followed with Shakhtar finishing 11th the very next season. The highlight of Novikov’s reign came in 1951 when he led the team to 3rd place, briefly threatening the dominance of Soviet behemoths, Dynamo Kiev. This assault was down to the arrival of legendary Soviet forward Alexander Ponomarev, scoring 19 goals in the final season of his career.

A decade of instability followed Ponomarev’s retirement with the club jumping between the First and Second Division. This all came to a head in 1960; after having six different coaches in the last 5 years, the Shakhtar board appointed fabled ex-Dynamo Kiev manger Oleg Oshenkov as coach and gave him their full backing. They were instantly rewarded as Oshenkov’s development of local talent and his ability to lure top players to Donetsk brought the team back-to-back USSR Cup wins in 1961 and 1962. This improbable success garnered them a reputation as a fearsome cup side and helped to cultivate the team’s now iconic orange and black strip.

Shakhtar made it to an unprecedented third successive cup final in 1963 but were controversially beaten by Dinamo Moscow in the capital. Shakhtar were becoming more and more of a threat in the league, going 20 games unbeaten in 1966 and finishing in the top half regularly. However, disaster was to follow the 1969 season as Oshenkov, feeling he had taken the team as far as he could, resigned. This was a hammer blow for the players, the now massive fan following and proved disastrous for the club as they almost instantly went into a period of decline; once again flitting between the top two divisions. 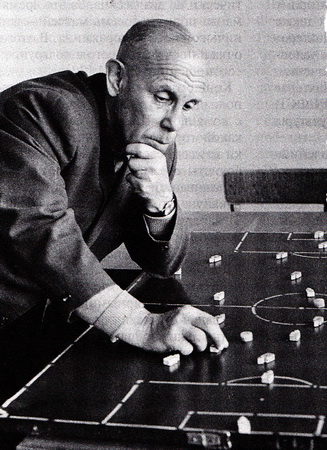 In 1972, Shakhtar escaped from the second division for the final time and having amassed yet another tremendous squad of local players, they comfortably staved off relegation for the next couple of years. Former reserve team coach Yuriy Zakharov was appointed manager in 1974 and instantly took the squad to their highest ever finish of second in 1975; nonetheless, he was soon dismissed by the board and replaced by former Shakhtar player-turned-director Vladimir Salkov. This proved to be a popular appointment and boosted the club. The pinnacle of Salkov’s time in charge arrived in 1976 when – due to disputes between UEFA and teams higher up the league – Shakhtar played continental football for the first time in the UEFA Cup, eventually losing 3-1 on aggregate to Juventus in the third round. This was seen as a great moment for the region.

Shakhtar were now a top side in Soviet football and two further USSR Cup successes in 1980 and 1983 cemented their place as regulars in the UEFA Cup and Cup Winners Cup. However, that elusive first league title was still missing and the fans grew ever restless as the decade wore on. Consistently finishing in the top half and being serious cup threats was no longer enough for the baying public in Donetsk. Little did they know that great success was to be brought in with the dawn of the 90s and the break-up of the Soviet Union.

The fall of the USSR saw the Ukraine become its own country and thus the Ukrainian Premier League was born. This took away much of the competition that Shakhtar had faced in the Soviet leagues and left Shakhtar and Dynamo Kiev as the only top sides. Regular top 5 finishes in the early 90s coupled with more cup success in 1995 and 1997 helped Shakhtar take advantage of the new cash influx into Ukrainian football. However, tragedy struck in 1995 when then President Akhat Bragin was assassinated in a bombing of the Shakhtar Stadion; but out of tragedy came prosperity. The shock death of the club’s president led to local oligarch and businessman Rinat Akhmetov taking control of the club in a now legendary move. Akhmetov invested heavily in the team and the club’s facilities, setting up a youth academy and bringing in notable Ukrainian players like Ihor Petrov and current Bayern Munich defender Anatoliy Tymoshchuk. This massive investment got Shakhtar noticed across Europe and they soon became a symbol of money’s place in the modern game. 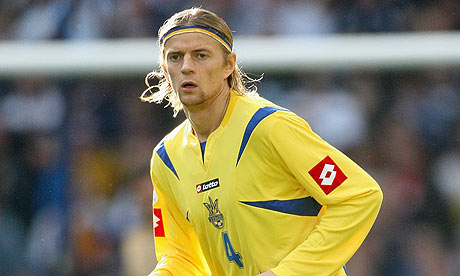 Anatoliy Tymoshchuk: An icon of Ukrainian football, played for Donetsk

A run of five successive runners-up finishes between 1997 and 2001 simply infuriated the fans even more, but just as fan distress was reaching critical levels, Shakhtar struck gold with both their first Premier League title and first domestic double in the 2001/02 season. Pipping long-time rivals Dynamo Kiev to the title by one point was the icing on the cake that the Donetsk fans had been waiting for.

This success heralded an unmatched period of dominance for Shakhtar in the new millennium. Since that first triumph, they have won six of the last ten Ukrainian league titles, four of the last ten cups and haven not outside the top two since 1996. This ascendancy gathered pace in 2006 after the owner, Akhmetov, finally sure of his side’s supremacy, rewarded the team with a new stadium in the form of the glorious 50,000 seater Donbass Arena; which played host to the Portugal-Spain semi-final of Euro 2012 in the summer.

Champions League stalwarts for the last decade, their greatest European night so far was in 2009 when having sweetly beaten Dynamo Kiev in the semi-finals, they overcame German side Werder Bremen in extra time to lift the Europa League crown, their first piece of European silverware. 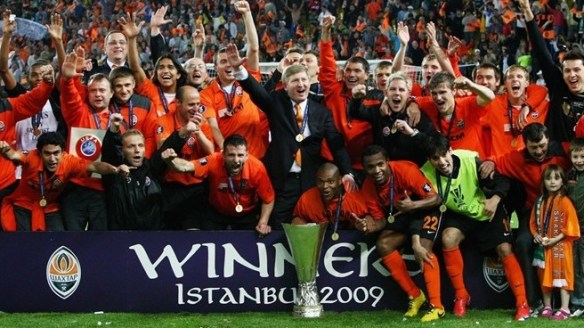 The man who has helped Akhmetov oversee this meteoric rise is Romanian, Mircea Lucescu who has helmed The Miners since 2004. His astute recent buys in the transfer market have seen Shakhtar develop a Brazilian flavour with influential playmakers Fernandinho and Douglas Costa and strikers Luis Adriano and Willian performing well in Europe and attracting the attention of many of Europe’s giants.

Although Shakhtar Donetsk play in one of the least competitive leagues in Europe, their dominance cannot be underestimated. Investing massively in the community, youth facilities and corporate opportunities, Rinat Akhmetov has given the rest of Europe’s footballing supremos a masterclass on how to correctly splash the cash. Their impressive displays in the Champions League this season – particularly an enthralling 2-1 win against Chelsea in October – have set the British media abuzz, but to those who have kept tabs on the Ukrainian outfit, their sudden high profile is no surprise and does not look like fading any time soon.

The giants of Eastern European football are currently witnessing a boom in their continental profiles and Shakhtar are leading the charge on the Champions League. Expect to see that memorable kit knock over a few more of Europe’s ‘big boys’ in the near future.

One thought on “Shakhtar Donetsk: When East Met West”