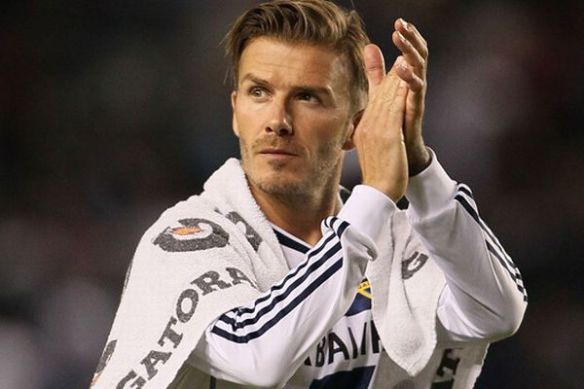 The False Nine’s Joe Bookbinder attempts to second-guess David Beckham’s next, and most likely final, career move in football…

Ever since David Beckham announced that he was going to leave LA Galaxy at the end of the MLS season to pursue a new challenge in the twilight of his career, the football world hasn’t stopped trying to second-guess where ‘Golden Balls’ may end up.

Sydney FC were the immediate favourites, in line with their new policy of recruiting ageing, yet lucrative, legends such as Alessandro Del Piero. However the likelihood of Beckham plying his trade down under was quickly scuppered as he made clear his desire to play in the Champions League again.

This seemingly rules out Queens Park Rangers who were initially bandied about as a potential employer, however no amount of Harry Redknapp charm, or ‘Arry-isms, will get QPR anywhere near Europe. QPR would at least offer Beckham Premier League football, if for only seven or so months, along with an almost guaranteed starting place.

There are several questions that only time can answer, for example; is Beckham phyiscally up for life in the Premier League? The league is drastically different now to the one he left in 2003; it would certainly take a while for the former England Captain to get his fitness up.

That being said, his strengths from dead ball situations remains almost unparalleled. Manchester United certainly haven’t come close to finding a player with anything like the crossing ability Beckham possessed. It took several years of adjustment to compensate for the missing link in the goal machine that was Neville-Beckham-Van Nistelrooy- (invariably) Goal. Some Reds would argue that United have never been the same since.

Today, any team would be happy to utilise this, you can just imagine ‘a traditional no.9′ re: Carroll or Crouch salivating at the prospect of feeding off Beckham deliveries. Whether Beckham feels he has nothing left to give English football, or privately admits that he is not up to it, is unknown.

It seems a combination of the two is most accurate as foreign teams with Champions League ambitions such as Monaco are leading the way. Ligue 1 has been developing exponentially in the last five years or so, its landscape vastly different to the one Lyon dominated from the turn of the century; now we see Marseille, Lille, Paris Saint Germain and Montpellier challenging for the top honours. Surely the opportunity to team up with the likes of Zlatan Ibrahimovic, Javier Pastore and Ezequiel Lavezzi, under the management of Carlo Ancelotti, would appeal to the veteran midfielder?

The French division has also been used as a rehabilitation centre for English players whose career have gone off track recently, the difference here being Joe Cole and Joey Barton were more or less banished whereas Beckham remains the master of his own destiny.

A big consideration in Beckham’s mind will be that of lifestyle; Monaco should certainly please ‘the missus’, as it fits nicely into the chain of glamorous cities the Beckhams have resided in from Madrid to Los Angeles and, latterly, Milan.

The vast majority of Manchester United supporters still look back with fondness at Beckham’s stint at Old Trafford, and given his acrimonious departure in 2003 there is a feeling of unfinished business. At the ripe-old age of 37, Beckham is not getting any younger, but then neither is Ryan Giggs. One of Sir Alex Ferguson’s most renowned master strokes was bringing Henrik Larsson in on a short term deal in 2007; but is Beckham worth the risk? Surely enough time has passed to have massaged those bruised egos?

One thought on “Beckham Looking to Bow Out in Style”